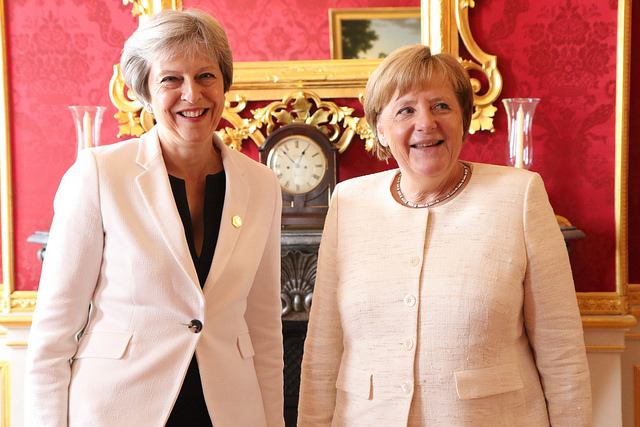 Doubling of financial package for the Western Balkans will help to tackle threats to regional progress, such as serious and organised crime, drug trafficking and terrorism, while also having a positive effect in Great Britain, UK Government press release stated.

According to this statement, announced package will complement Berlin progress, “helping build a more peaceful, prosperous and democratic Western Balkans” and will help the region to address complex security challenges, “particularly of serious and organised crime and drug smuggling”.

“Organised Crime Groups from the Western Balkans have a significant nationwide presence in the UK. UK cooperation with the region and European partners has previously delivered positive results”, UK Prime Minister Theresa May stated, adding that they want to “further strengthen the security and economic integrity of the region”
The new package includes increasing UK funding to the region by over 95% – from £41 million in 2018/2019 to £80 million in 2020/2021 – which will be assigned from the from the UK Government’s Conflict, Security and Stability Fund.

This will include doubling of UK’s staff working in the region on the security issues affecting the UK and the Western Balkans. According to the statement, “these experts will help stop crime reaching UK streets and also help strengthen the region’s own response to serious and organised crime, terrorism and violent extremism, corruption and money laundering”.

Launching of the Balkans Organised Crime Observatory, jointly with the Austrian and Norwegian governments, is also proposed, with the aim of enabling CSO’s to play a more effective role in tackling organised crime and corruption. This body is envisaged as a virtual “network for key civil society actors to work together to monitor, report on and expose Serious and Organised Crime and corruption”.

They have also announced a £1m investment in training and advisory activities for cyber security, agreeing on a Joint Declaration on the Principles of Information-Exchange in the Field of Law Enforcement, as well as chairing a senior-level Security Commitments Steering Group to push for better exchange of information and best practice, including through establishing regional forums, the first of which for customs officers.

Extension of the Pan Balkans Strategic Reserve Force (SRF) for another year, which is held at readiness in the UK to move into the Western Balkans if the security situation deteriorates, was also announced.

UK Government has committied £10 million to help build digital skills and employment prospects for young people in the Western Balkans, which will be provided by the British Council in over 4,500 schools, with the aim of bolstering digital literacy and core skills across the region, as well as providing an additional £1 million to help the region address difficult legacy issues, including supporting the organisations working to find and identify the 12,000 victims still missing from the conflicts of the 1990s.

Theresa May has welcomed six Western Balkan leaders to London, alongside other European figures such as German Chancellor, Angela Merkel, and the Polish Prime Minister, Mateusz Morawiecki, for the 5th annual Western Balkans Summit under the Berlin Process.

Hahn: Decision on visas for Kosovo, before summer holidays