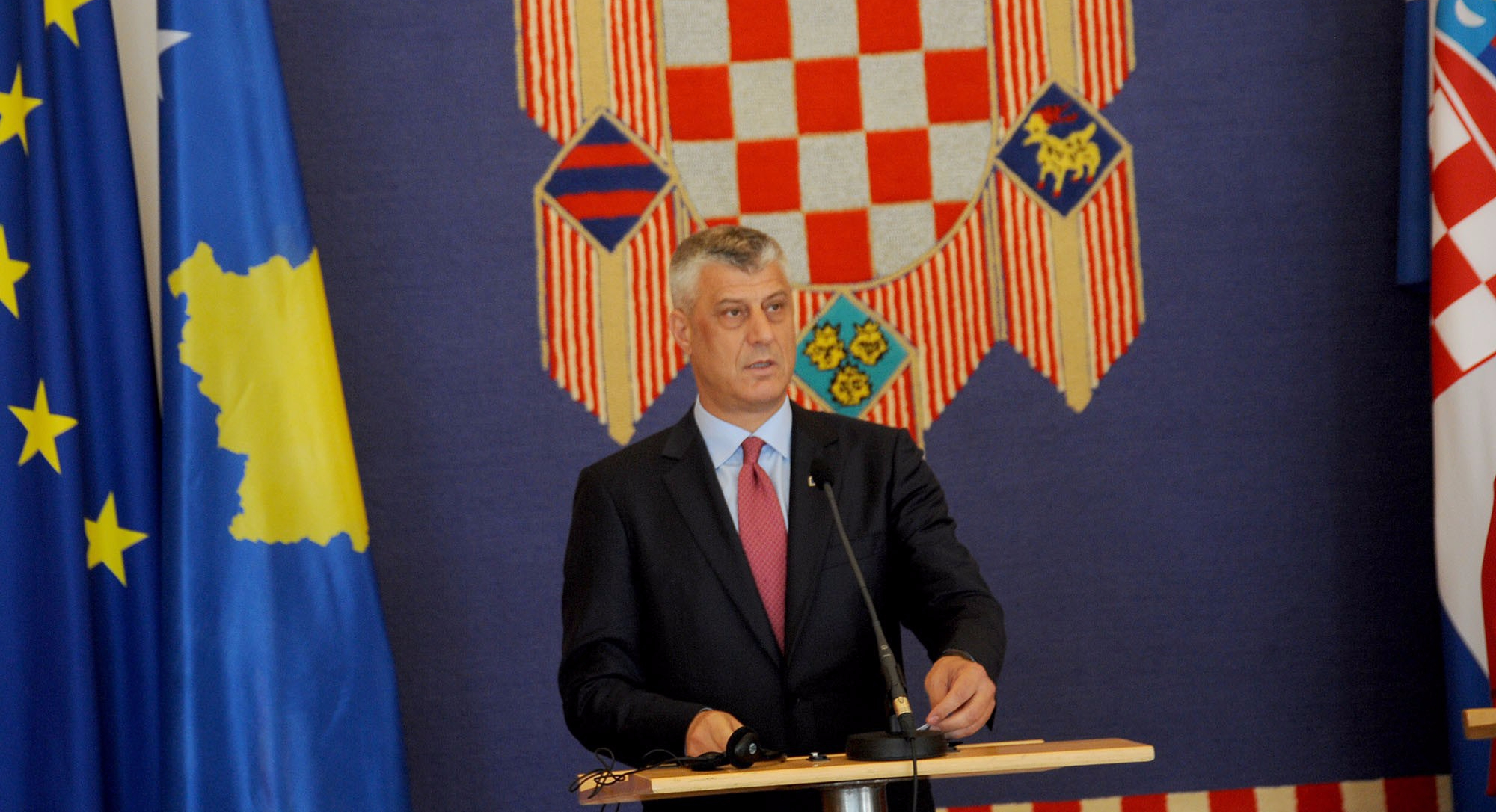 BELGRADE – In an interview for Serbia’s newspaper Danas, President of Kosovo Hashim Thaçi spoke about the need for demarcation between Serbia and Kosovo, positions of great powers on that matter as well as the future of Serbian minority.

“My goal is not some ethnic division, nor establishment of another Republika Srpska on our territory, God forbid, my goal is the establishment of a 400 kilometer-long border, and that requires creative solutions that would guarantee peace now and in the future”; said Thaçi.

He added that the most important things for Serbs in the northern Kosovo and Albanians in Preševo Valley are workplaces and economy. Doing away with insecurity via demarcation is therefore, in his opinion, important both for investments and young people that want to leave those areas.

However, Thaçi missed an opportunity to describe “creative solutions” more precisely. Asked about concrete details, he answered that the agreement between Kosovo and Serbia will be an “European agreement” and will be accepted by both Brussels and Washington, while the finalisation will occur in UN Security Council, where a new resolution will be passed.

President of Kosovo does not see disagreement between Brussels and Washington on this matter. He emphasised that the representatives of US government were present during every phase of the dialogue, and that both sides will accept mutual agreement between Kosovo and Serbia.

Asked about the eventual Russian opposition to the “correction of borders”, Thaçi pointed out that representatives of this country have in many occasions repeated that they will not be “bigger Serbs than Serbs themselves” and that they will support the agreement acceptable to both sides, which will be achieved.

The security of Serbs both in the case of status quo and demarcation was an important issue in the interview. Thaçi categorically ruled out any possibility of violence.

“I am worried about Belgrade’s propaganda about the plan of Kosovo’s police or military to start a war or “take the North”. That is stupid and dangerous. Kosovo’s police and military are trained by NATO and EU, and they respect Euro-Atlantic values. But, if we do not solve our relations now, we will miss an opportunity to guarantee a normal life for the next generation or two.”

As for the Serbs in the south of Kosovo, Thaçi’s reply was similar: “There is an orchestrated propaganda. Nobody will dare to harm the Serbs in the south, north, west or east o Kosovo. There was also a propaganda when we declared independence in 2008 that Serbs will leave Kosovo, but they did no such thing. They remained, and even participated in the establishment of Kosovo’s institutions.”

Asked about still unfinished statute of the Association of Serbian municipalities, Thaçi said that Serbia also does not fulfill some of its agreed responsibilities, such as energy networks. He added that it was not always Kosovo’s side responsible for the delay.

“It is not known that many delays were in fact in Belgrade. We often wanted to go forward, in the case of the work on the statute, but there were second thoughts in some Belgrade circles, that wanted the Association to remain an obstacle. I do not want to reveal everything for the newspaper, but Brussels and Washington are very conscious about the reason for delay and our willingness to overcome it”, concluded Thaçi.