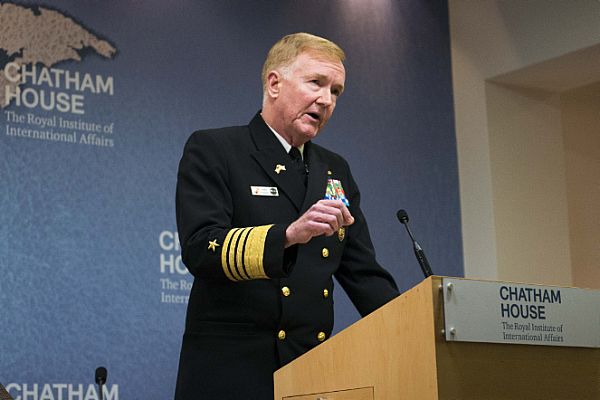 BELGRADE – Relations between Belgrade and Moscow are not going to influence partnership with NATO, and KFOR is absolutely ready for all scenarios that Belgrade-Pristina dialogue could lead to, said commander of Allied Joint Force Command Naples admiral James Foggo.

In an interview for Serbia’s daily Kurir, Foggo was asked whether Serbia and Republika Srpska represent a threat to the Alliance because of Russia’s influence. He answered that all NATO member states in the Western Balkans, but also those who are yet to join and those who are members of Partnership for peace, are “democratic states that freely decide whom to ally themselves with”.

“Serbia cooperates with US, with NATO, it is a Partnership for peace member and at the same time maintains good relations with Russia. That is Serbia’s choice… It would be good if Russia let democratic states to decide themselves whether they want to join NATO or EU”, said Foggo, adding that NATO respects military neutrality of Serbia and its freedom to choose its partners.

Foggo also said that NATO is ready for every media-speculated scenario on “border change” in the region and assessed the possible visit of President of Serbia Aleksandar Vučić to Kosovo as “very useful” for lowering the tensions.

According to him, the reports of NATO and UN Environmental Programme showed that the influence of depleted uranium used during the 1999 intervention is negligible and without effects on water and food chain.

Bolton: Territorial correction is an option if both sides agree

All 29 Permanent NATO Representatives sign the Accession Protocol with Skopje