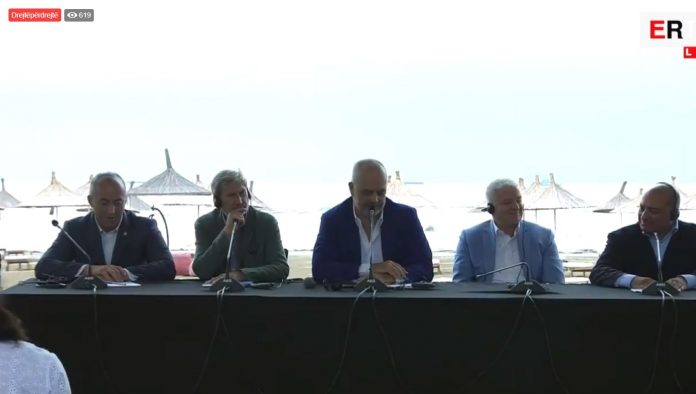 DURRES – Apart from the rule of law, importance of which is unquestionable, the region needs to experience economic growth if citizens are to be convinced that EU membership is beneficial, stated EU Commissioner for Enlargement Negotiations Johannes Hahn at today’s informal meeting of WB 6 Prime Ministers in Albania’s city of Durrës.

Prime Ministers of Serbia, Bosnia and Herzegovina and Macedonia were unable to attend, reported N1. They were represented by high state officials.

According to the report of Regional Cooperation Council, during the last five years 800.000 new jobs have been created in the Regional Economic Area, reminded Hahn. He also pointed out that trade within CEFTA rose by 13% in 2017.

EU is therefore committed to improving region’s connectivity with the aim of creating a “single market” that would include 18 million people. So far, there has been 29 project worth more than 770 million Euros.

Albania’s Prime Minister Edi Rama agreed with Commissioner Hahn, saying that the current level of political will and cooperation in the region is not followed by the same level of economic cooperation.

Prime Minister of Montenegro, Duško Marković, also supported the initiative. “We have to do everything in our power to keep young people in the region, to halt brain drain and create conditions for them to come back. That means that we have to invest more in research and development. I wish to remind that Montenegro strongly supports its initiative to found International institute for sustainable technologies in the region of South Eastern Europe”, he stated.