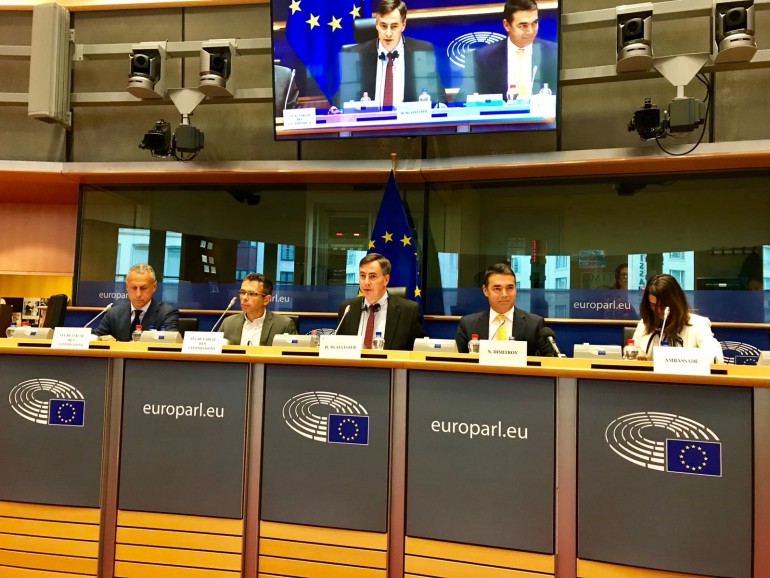 Dimitrov elaborated on the developments in Macedonia in anticipation of the name-agreement referendum. In that context, he said: “You can make a living, as a politician, out of a dispute or you can solve it, protecting what is most important for both sides, and make the lives of your people better.”

He also addressed the course of implementing key domestic reforms and the preparation for the screening process with the European Commission. Additionally, he emphasised the effectiveness of the negotiation process in the reform movements and the importance of recognising the exceptional steps of the Republic of Macedonia, particularly taking into account the regional and geopolitical context.

“We are not looking for shortcuts or undeserved prizes. But we would like success stories and chances to be adequately valorised and utilised, particularly at a time when the region and beyond could use such examples”, Dimitrov stated.

He also expressed thanks for the support and the constructive approach of the European Parliament in the process of Macedonia’s accession to the EU.