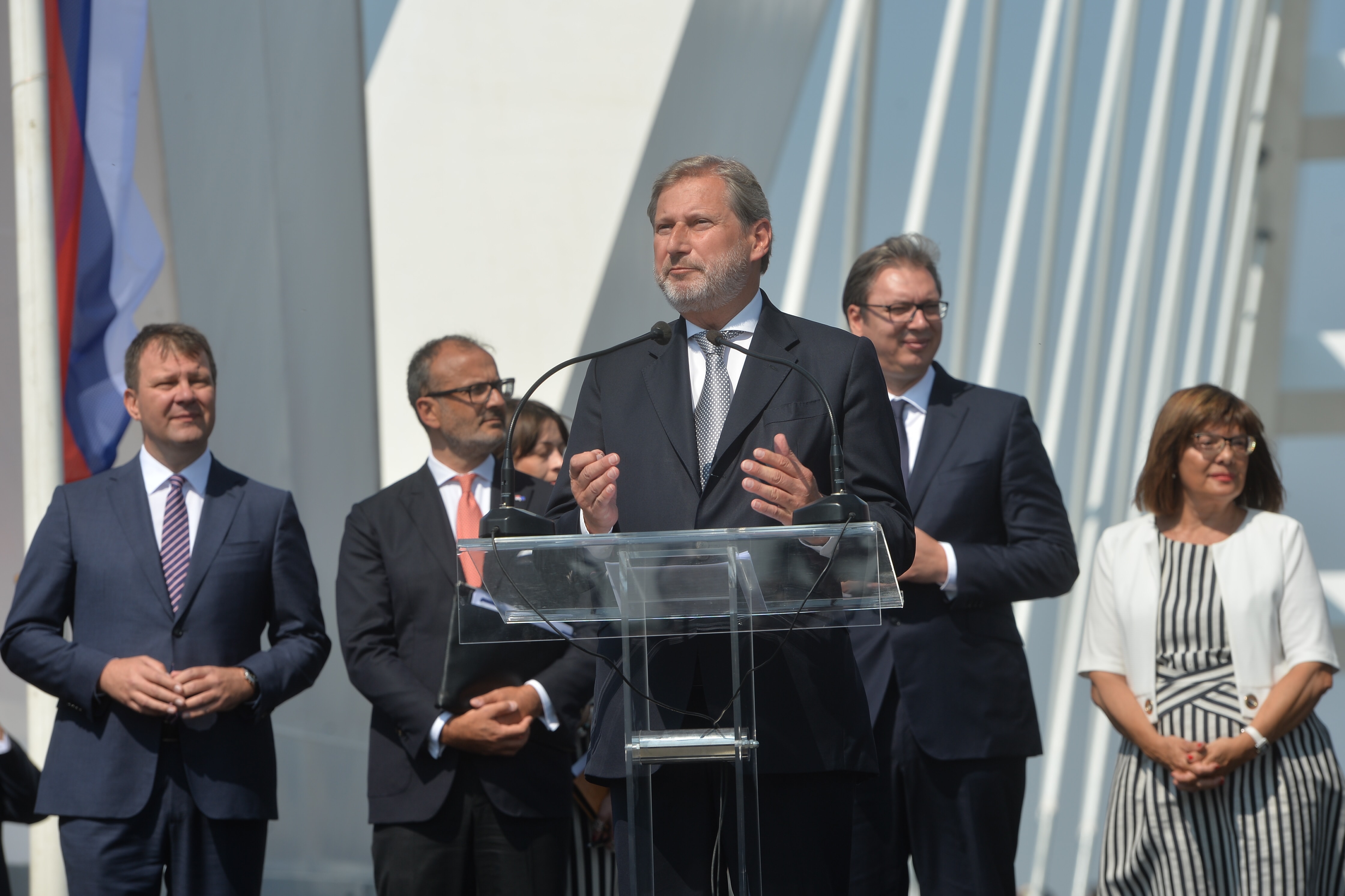 Hahn discussed European integration, Belgrade-Pristina dialogue and other issues with Brnabić in Belgrade.

“Very good meeting with Prime Minister Ana Brnabić in Belgrade. We discussed further accession negotiations steps, Serbia-Kosovo dialogue, rule of law, amendments to the constitution, as well as defensive measures of the EU when it comes to steel industry”, he wrote on Twitter.

After the meeting, Hahn symbolically opened the reconstructed Žeželj bridge in Novi Sad with President Aleksandar Vučić. The old bridge, opened in 1961, was brought down during NATO campaign against Yugoslavia in 1999.

“I cannot imagine a better symbol than a bridge for the importance of European integration. Integration meets building bridges between citizens, nations, between past and future. This beautiful, iconic bridge connects your city with the other shore, but also your country with EU and European family”, he emphasised.

“We are standing here today as partners on a mutual project, Serbia is advancing towards EU membership with our support. We are building bridges with you, not just for you”, stated Hahn, adding that the bridge will bring practical benefits to Novi Sad and significantly influence citizen’s quality of life, via traffic that would be faster, easier and friendlier to the environment.

The bridge, he reminded, is a key connection of the trans-European railway network and it will enable sails along Novi Sad’s part of Danube, simultaneously restoring full capacity of road and rail traffic.

Hahn pointed out that the bridge is a part of strategic European Corridor 10 and that EU provided 35 million Euros for the construction of the 54-million worth bridge.

“Financing the bridge is only a small part of EU’s assistance to Serbia. From 2007 we provided the country with 2,2 billion Euros, and this number will be 3 billion by 2020. These are not conditioned loans, but rather non-refundable grants we give to Serbia for improving the standard of living in many areas, such as education, consumers’ rights, cleaner environment, protection of children’s rights and support for agriculture”, noticed Hahn.

President Vučić thanked Commissioner Hahn for “the money without which we would not be able to revitalize our country and for the investments that bring hope to our people”.

Vučić added that Serbia owes its gratitude towards Russian and Chinese partners as well, and repeated that his country is confidently striving towards EU membership without disowning its friends with whom it speaks honestly about the goals of Serbian politics.

Çollaku: Serbia-Kosovo negotiations in the final phase, but time is running out