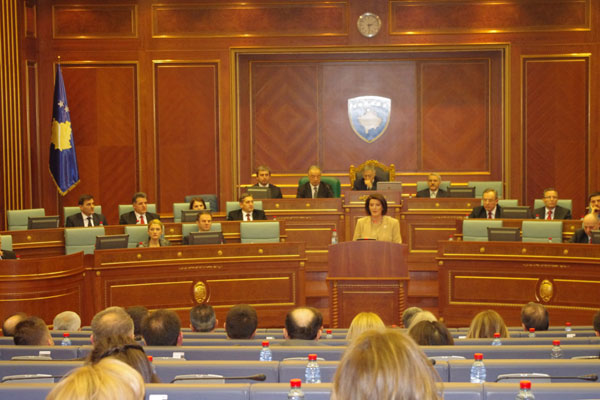 PRISTINA – Kosovo is on a verge of a new political crisis, yesterday’s unsuccessful attempts of holding two separate sessions have shown, writes Koha. They continue today at 14 o’clock.

Neither one of the two sessions on the dialogue with Belgrade, first called by the government and second by the opposition, was finished on Tuesday.

Pristina’s portal assesses these events as a proof of an impending political crisis, claiming that the ruling coalition and the Assembly are vulnerable and undecided when it comes to initiatives for the final phase of the dialogue with Belgrade and potential demarcation.

On the session that started yesterday, MPs were supposed to vote for the negotiating team proposed by the government, while the second one was dedicated for a discussion on a draft resolution preventing President Hashim Thaçi from negotiating on the “exchange of territories” or “border correction”.

Foreign Minister Behgjet Pacolli announced on Tuesday that the team nominated by the government will participate in the forthcoming round of dialogue on Friday. However, the team, assignment of which was to negotiate side by side with Thaçi, was not confirmed by the Assembly.