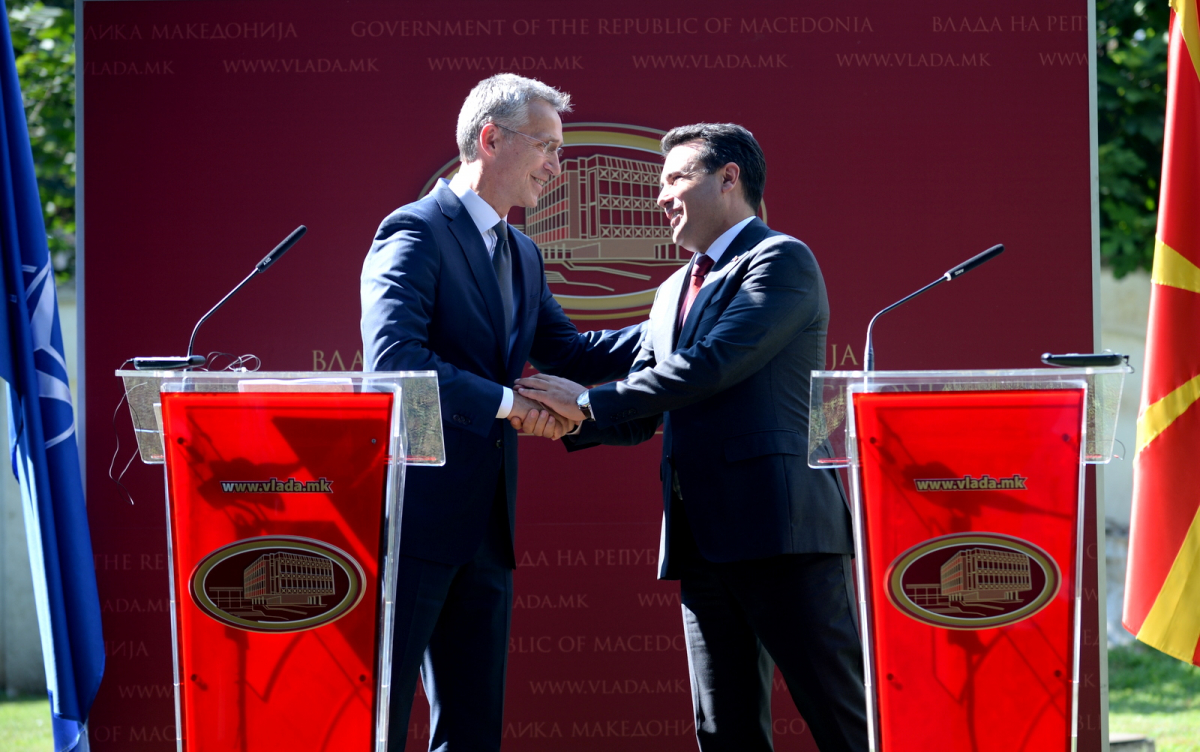 Stoltenberg and Zaev; Photo: Government of the Republic of Macedonia

SKOPJE – NATO General Secretary Jens Stoltenberg stated today in Skopje that it is up to citizens of Macedonia to decide whether they want to join international community and emphasised that the Alliance expects Macedonia as its 30th member.

“Call for the start of accession negotiations with NATO has a favourable effect on Macedonia’s cohesion and promotes the country as an example of strong leadership in the Western Balkans”, Prime Minister Zoran Zaev stated during a joint press conference, adding that his country finds itself on a historical crossroads and that he knows citizens will grasp the opportunity and vote for the future.

Stoltenberg visited a military exercise in the “Ilinden” base together with Minister for Defense Radmila Šekerinska, MIA reports.

“Your country possesses well trained soldiers ready for participating in complex operations. Members of your army participate in military mission lead by NATO in Afghanistan, Iraq and other countries, which shows that you have a capacity to contribute to international security”, he said.

Referendum in Macedonia will take place on 30 September, when the citizens will have an opportunity to accept or reject Skopje-Athens agreement according to which the former Yugoslav republic will carry the name of North Macedonia.

More than 40% of citizens will vote “yes”, shows the newest poll conducted by Institute for democracy “Societas Civilis” and Macedonian centre for international cooperation.

Against the agreement will be 8,6% polled, 6,3% are undecided, while 2% refused to answer.

Stoltenberg also had a meeting with President Gjorge Ivanov.

“I believe that EU and NATO are a right option for Macedonia and I will continue to support our strategic goals. However, EU and NATO should not be an alibi for a bad agreement”, Ivanov stated.

He told Stoltenberg that Macedonia has met the criteria for NATO membership in 2008 and that it has actively contributed to international missions since, which is enough for it to become a NATO member without further conditions, the Office of the President reported.

Vučić refuses to meet with Thaçi in Brussels