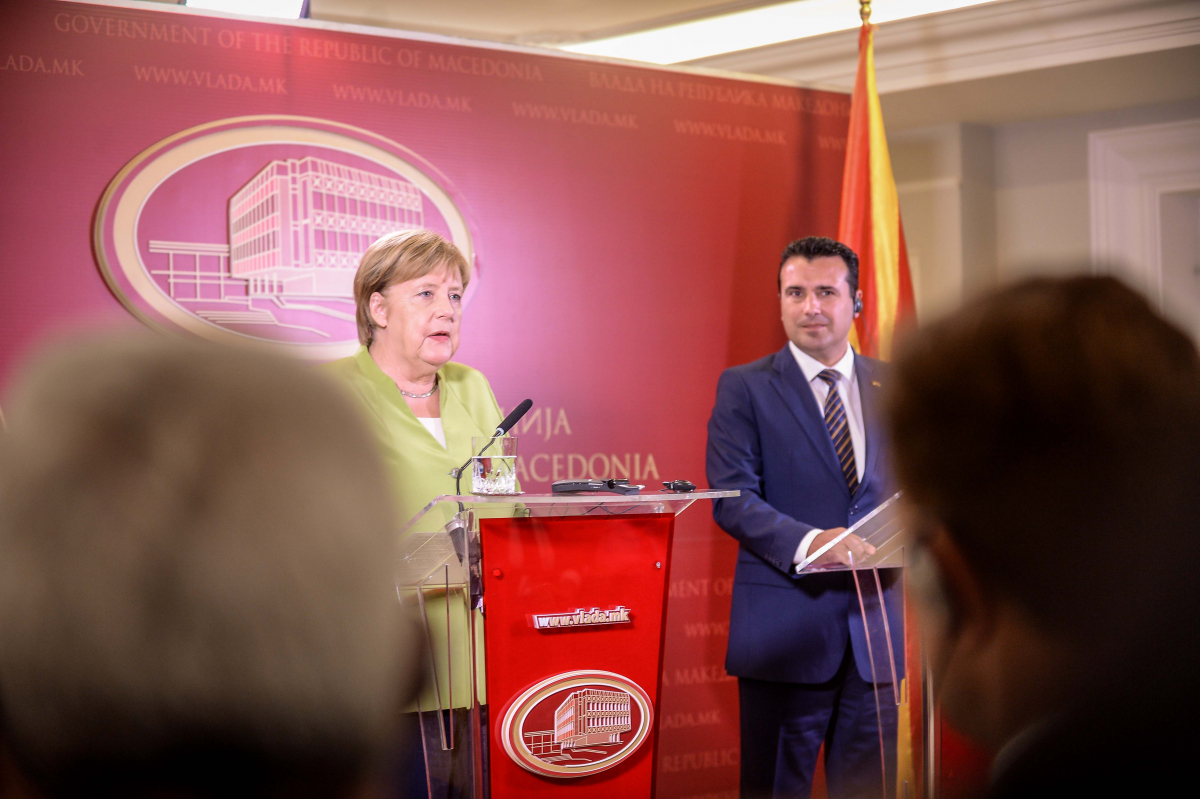 SKOPJE – A great interest of Germany and European union is stability in the Western Balkans, and territorial integrity of the region is an important starting point for that, stated German Chancellor Angela Merkel in Skopje today.

“Western Balkan countries have an EU perspective, and that is also in our own interest. Territorial integrity is an important starting point for region to remain as it is”, said German Chancellor during a joint conference with Macedonia’s PM Zoran Zaev.

She reminded that Germany initiated the Berlin process in 2014 precisely to intensify cooperation between the countries in the region.

German Chancellor has payed her first official visit to Macedonia. In the context of the forthcoming referendum on name change, she urged the citizens to decide on their country’s future.

That future can be NATO and EU membership if the referendum, which takes place on 30 September, is successful, she said.

“There was a dispute between your country and Greece and a solution had to be found. This is why the name issue and membership issue are intertwined. You have an opportunity to vote on 30 September, just like you did 27 years ago, for a membership in NATO and EU, which also includes accepting the deal with Greece”, said Merkel during a joint press conference.

Reminding that 2018 presents the 25-years anniversary since the relations between the two countries have been established, she expressed her satisfaction with Germany’s support to Macedonia’s strategic interests.

Prime Minister Zaev thanked Merkel for an Germany’s open support to Euro-Atlantic integrations of his country.

“This visit is another encouragement of the great powers to the implementation of Prespa agreement”, he said, reminding that Germany is the biggest trading partner of Macedonia, with 47% of exports going to this country. “Two hundred German companies have a partnership with Macedonian companies that have created ten thousand new jobs”, he added.

The support we get in our efforts to build a progressive European society is big and friendly, he said.

German Chancellor is also scheduled to meet with Hristijan Mickoski, leader of the biggest opposition party VMRO-DPMNE, while a meeting with President Gjorge Ivanov is not planned.

Mogherini: New meeting by the end of the month; Thaçi: It was not a boycott

VMRO-DPMNE founders urge citizens to vote “yes” in the referendum