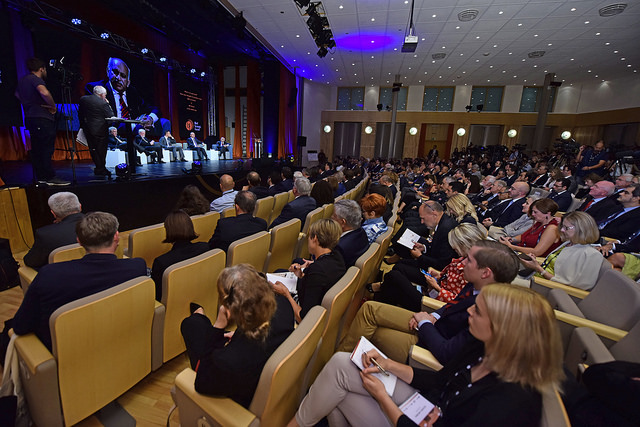 BLED – The thirteenth annual Bled Strategic Forum was kicked off today by the speeches of the highest Slovenian officials. One of the topics of this year’s edition’s 24 panel discussions, on Tuesday 11 September, will be the future of Western Balkans.

The panel, fully titled “Western Balkans: Lost Years or New Hope?”, organized in partnership with Riko and European Fund for the Balkans, will be dedicated to the political aspects of the region’s European integrations.

“…It took only one sentence from the President of the European Commission five years ago to raise doubt and fear about belief in the enlargement policy and the Western Balkans. After several years of uncertainty, it again took only one sentence from the same President to revive hope and enthusiasm in the region, which in the past was much more concerned about having a positive external appearance than internal reforms”, panel’s announcement reads.

Participants will try to answer several questions: how can the years of slow progress be replaced with swift and successful transformation of the society; will the political elites be ready for reforms that could cost them their privileges and functions; can civil society act as a watchdog and catalyst for changes.

Panel’s moderator will be Tim Judah, The Economist journalist and writer, long-time observer of the Balkans. Keynote speech will be delivered by Adnan Ćerimagić, analyst at the European Stability Initiative.

Among other speakers will be Florian Bieber, professor for Southeast European History and Politics at University of Graz and Balkans in Europe Policy Advisory Group coordinator, Montenegro’s Minister of Foreign Affairs Srđan Darmanović, Kosovo’s Deputy Prime Minister Enver Hoxhaj, Srđan Majstorović, Chairman of the European Policy Centre Governing Board, Hedvig Morvai, Executive Director of European Fund for the Balkans, and others.