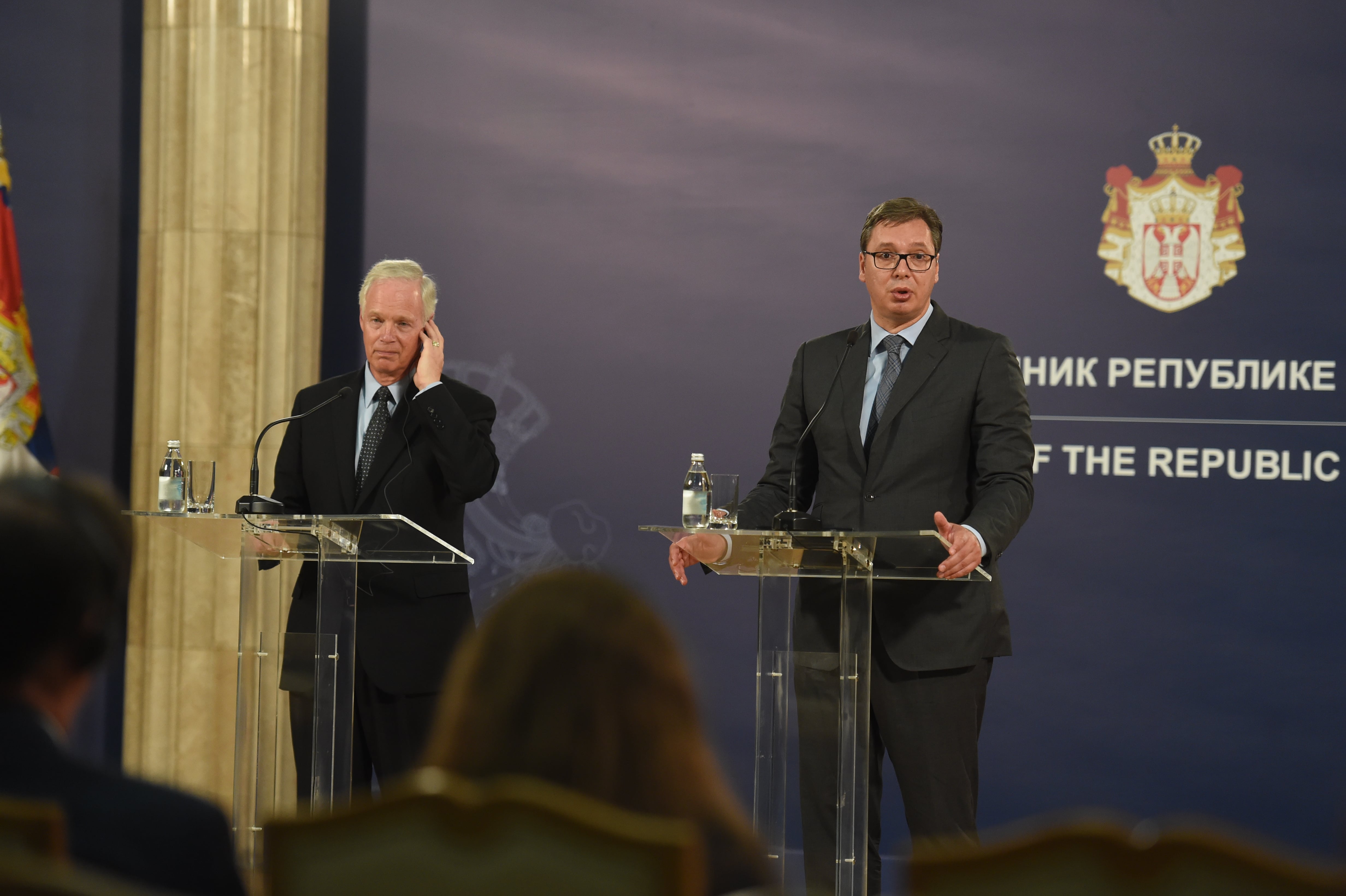 BELGRADE/PRISTINA – US Senator Ron Johnson has visited Pristina and Belgrade yesterday and today. He met with President and Prime Minister of Kosovo, Hashim Thaçi and Ramush Haradinaj, as well as President of Serbia Aleksandar Vučić.

Johnson, member of the Republican Party, emphasised tonight that US Administration of President Donald Trump will support and give room to President Aleksandar Vučić to find a flexible solution for the issue of Kosovo.

“We know what kind of responsibility we have. We are not going to enforce any solution. Instead, we will support President Vučić and give him room to find a flexible solution”, said Johnson.

Earlier, in an interview for Voice of America, he said that US want to give room for Belgrade and Pristina to find a solution in Brussels.

“Once an agreement is reached, we will consider whether there is a cause for worry, but for now we want to give room to Kosovo and Serbia to find a solution, with the mediation of EU. I repeat, it will not be easy, but I believe that there is a sincere wish to find a solution”, stated Johnson.

Vučić’s and Thaçi’s proposal have sparked debates in both countries, but also divided the international scene into those who would accept the solution of border correction if both sides agree and those who oppose those ideas because of the consequences they would have on the region of Western Balkans, VoA reminds, adding that Johnson assessed those concerns as legitimate.

During his meetings with Thaçi and Haradinaj, Johnson discussed the Brussels dialogue, strengthening peace and overall situation in the region.

Talks between Belgrade and Pristina about technical issues, not Kosovo’s status