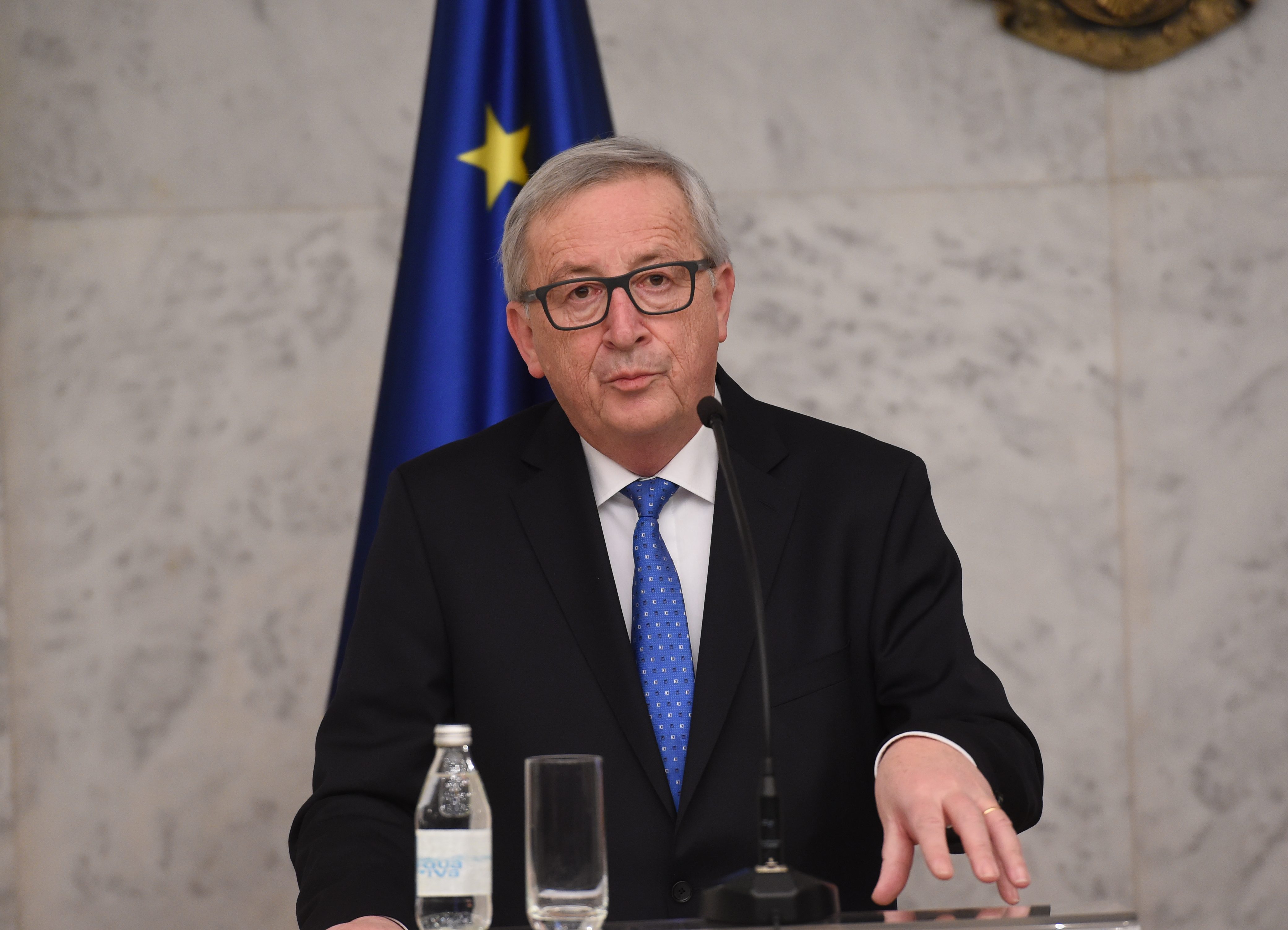 STRASBOURG – President of the European Commission delivered today his annual State of the Union speech in front of the European Parliament in Strasbourg. In it, he summarized the results achieved by the Union during the past year, highlighted the challenges it will face in the next 12 months and introduced Commission’s proposals for various policy areas.

“Commissions and Parliaments come and go, but EU is here to stay”, Juncker stated. Evoking the memory of the First World War, he reminded that history is sometimes unpredictable, and that EU must be ready for it. Citizens of Europe should also not take for granted peace and stability EU has been enabling since its beginnings.

“We have had 12 million new jobs created since 2014”, said Juncker, “and that is more than the population of Belgium”.

The unemployment amongst youth is 14,8%, which is still high, but lower than it has ever been in the past 18 years, Juncker emphasised. He also pointed out at Greece’s increasing financial stability, congratulating the country for being “back on its feet”.

“Europe has also reasserted its trade position. We have trade agreements with 70 countries, and we make 40% of the world’s GDP. Our trade agreements have been called into question – but they protect environmental standards and workers’ rights”, President of the Commission stated.

Many were surprised with the trade agreements reached with President Trump, but that is what happens when EU stands as one, he reminded.

President Juncker stated that world is more unstable than it has been, and that yesterday’s alliances may not be tomorrow’s alliances. “Europe needs to be stronger and more united. We must export stability and not import instability”, he reiterated the position of Commissioner Johannes Hahn.

With regards to Western Balkans, Juncker urged the EU to adopt a forthright attitude.

“We need a forthright attitude towards the accession of the Western Balkans. Otherwise, our immediate neighbourhood will be shaped by other actors”, he said.

Another challenge awaiting the Union in the near future, Juncker reminded, is Brexit. “On 29 March 2019, United Kingdom will no longer be a part of the EU. I have three guiding principles: respect for British decision, finding a creative solution against a strong Northern Irish border, and maintaining a close partnership with the UK after it is no longer an EU member state”, he said.

He also commended EU’s Chief Negotiator Michel Barnier for his conduction of the negotiations.

One of the most important events next year will also be European Parliament election. “We must find a way to overcome East-West and North-South divides by then. Europe is to small to be divided in two or four parts”, Juncker emphasised.

Since 2015, there has been 95% less migrants coming from Eastern Mediterranean and 80% less coming from Central Mediterranean, Juncker reminded. However, he also stressed the need for leadership and solidarity when it comes to dealing with this issue.

He expressed his opposition to internal borders and ad hoc solutions. He proposed the extension of European Refugee Agency and sharing the burden between the member states.

“Illegal migrants have to be returned. I am for opening legal routs for migration to Europe. We need qualified migrants”, Juncker explained, adding that Commission’s recommendations are well-known. “I will not allow for Commission to be scapegoated”, he stated.

By next year, the role of the Euro should also be redefined, Juncker said. Despite criticism, this project has been successful: Euro is the second global currency. However, it needs to play its full role on the international scene, he continued.

“We need to strengthen our economic and monetary policy”, he emphasised.

President Juncker also stated that he wants to make a tangible progress in areas of foreign policy.

“It is not right that the EU silences itself, for instance in case of China’s human rights violations, just because one member state opposed it”, Juncker said.

The EC has therefore proposed to improve decision-making process in this regard through the use of qualified majority voting in foreign policy proceedings.

“Certain areas should be decided through qualified majority, not all areas of policy. The time has come to use this lost treasure of the Lisbon treaty”, stated Juncker, adding that some tax policy should be also decided that way.

With regards to foreign policy goals, Juncker singled out Africa, a continent that will make the quarter of the world’s population by 2050.

“Africa does not need charity. It needs a true and balnaced partnership. Today we are proposing a new alliance between EU and Africa. We are not starting from scratch, having already mobilised 45 billion Euros of investments both in public and the private sector”, he said.

Rule of law and freedom of expression

European Commission President put particular emphasis on the state of dialogue in the EU, which he considers to be worrying.

“Harsh or hurtful words will not get Europe anywhere. The tone is not only worrying when it comes to political discourse. It is also true of the way some seek to shut down debate altogether by targeting media and journalists”, he stated.

“Europe must always be a place where freedom of the press is sacrosanct. Too many of our journalists are intimidated, attacked, or even murdered. We must do more to protect our democracy and its agents our journalists”, Juncker continued.

He also stressed Commission’s effort to resist all attacks on the rule of law. “Article 7 must be applied whenever the rule of law is threatened”, he underlined.

In conclusion, Juncker once again turned to the upcoming Parliamentary elections.

He stated that he wants the elections to be more democratic and that process will be more credible once the transnational election lists are implemented, as well as that he wants for people of Europe to reject nationalism in favour of “healthy patriotism”.

[EWB Interview] Palmer: Serbia and Kosovo should be given space to reach best possible agreement