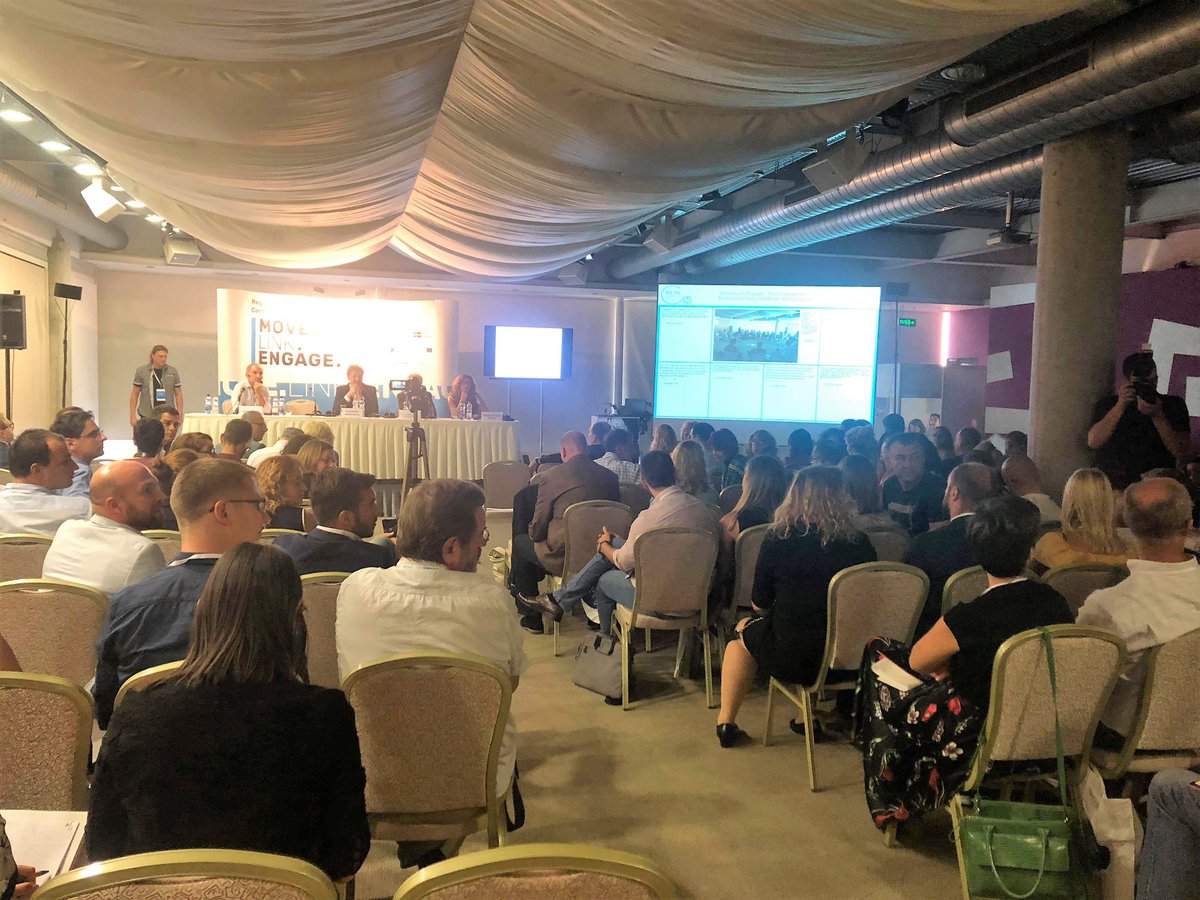 BELGRADE – For the fourth year in a row, “Move. Link. Engage.” conference was opened in Belgrade today. The title of the conference, organized by Belgrade Open School and Office for cooperation with civil society, is  “The Enlargement: A Brand Old Story”.

The first of two panel discussions was held today, with the second one, as well as four parallel sessions, were left four tomorrow. It bore the same title as the conference itself, and was moderated by Lazar Džamić, Creative strategist and lecturer at Faculty for Media and Communications.

Ambassador of Austria, EU-presiding country, Nikolaus Lutterotti, was the panel’s first speaker. As he did in his interview for European Western Balkans, he emphasised three priorities of Austrian Presidency: security and migrations; safeguarding Europe’s competitiveness; and stability in South-Eastern Europe.

“Enlargement is a very important issue. You are a part of Europe and deserve to be an EU-member. But it is also in our own interest”, said Lutterotti, referring to the rising competitiveness in the geopolitical arena and world economy.

“There is no point in drawing the picture of a perfect EU”, he added, saying that EU has always had its problems, and has so far successfully dealt with them. They should not be an excuse for euroskepticism.

A more pessimistic picture of the enlargement was given by Florent Marciacq, Deputy Secretary General and Research Fellow at the Austro-French Centre for Rapprochement in Europe.

Reminding about the three main Copenhagen criteria for EU membership (adoption of acquis, political criteria and economic convergence), he expressed his opinion that even if Western Balkan countries fulfill them in the near future, which he finds unlikely, there are still veto-players in the EU that could block their accession.

The solution, in his opinion, is solidarity. WB 6 need to unite and lobby together for a common European perspective. That is the only way they can get political leverage in negotiations.

Solidarity, he explained, is something with which the region can contribute to the EU. It is something that is currently lacking in the Union itself.

Berlin Process, Mariciaq continued, was something that gave momentum to the accession process because it put the countries in the “same boat”. “This is better than the “regatta principle”, because competition in post-conflict societies is seen as a zero-sum game”, he stressed.

Agreeing with Lutterotti’s assessment that EU should not be idealized, he said that a narrow conception of civil society, which includes only like-minded organizations, should be abandoned. It is important that CSOs have a right to criticize some aspects of the EU, Mariciaq concluded.

Madalina Sisu Vicari, Managing Director of the Vocal Europe, was the panel’s third speaker. She also emphasised the need for cooperation, although her view on the issue was a bit more optimistic.

“No EU country opposes the accession of Western Balkans directly. It is in their interest to have a safe and stable neigbourhood”, she said, adding that momentum gained during this year should not be lost.

In order to prevent that, she explained, region’s stakeholders should join forces and insist on any kind of project that could create synergy.

Regional economic area, that would create a market of about 20 million people, would be one such initiative. The benefits of it, such as Foreign Direct Investments, would be numerous. “The region trades much more with EU than with neigbour countries”, Vicari stressed.