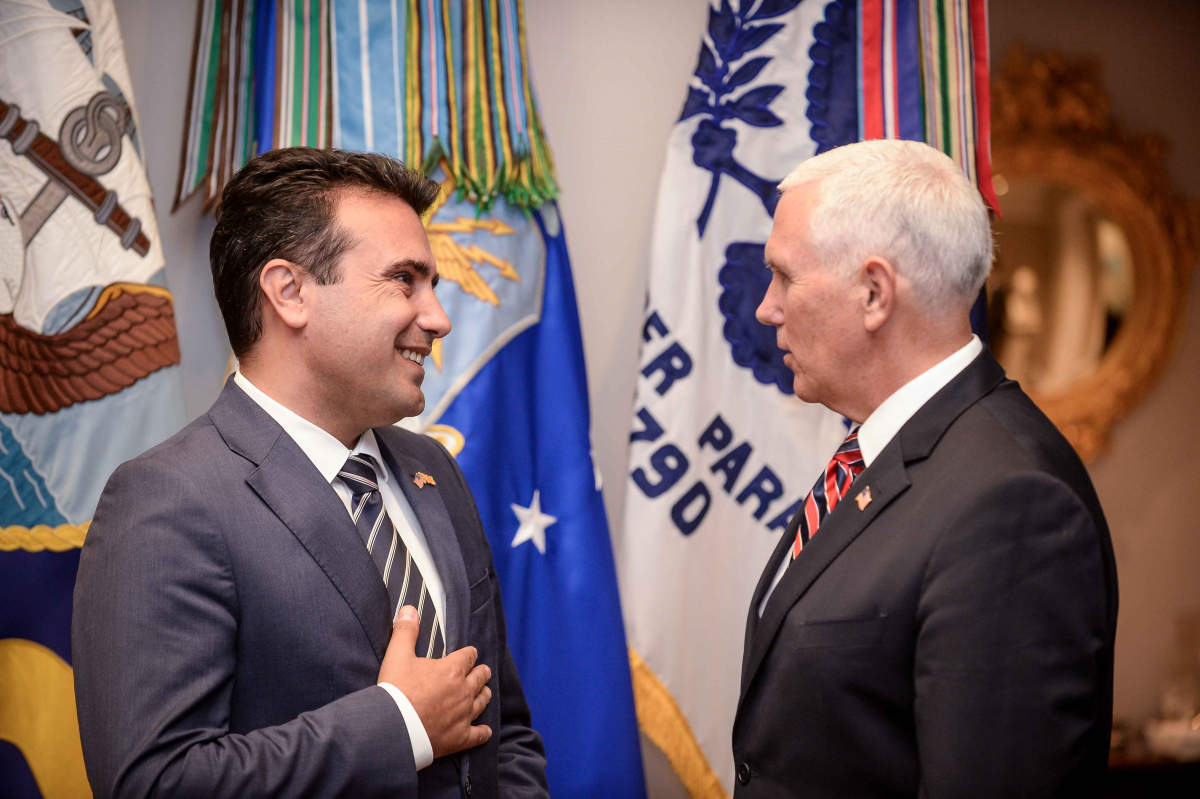 SKOPJE – Prime Minister of Macedonia Zoran Zaev, along with Foreign Minister Nikola Dimitrov and Vice Premier for European Affairs Bujar Osmani visited Washington yesterday, MIA reports. He met with US Vice President Mike Pence ahead of the referendum, which takes place next weekend.

“Implementing this agreement will lead to greater security in the region”, said Pence, referring to the Skopje-Athens Agreement on name change. He also expressed President Donald Trumps support for the steps leaders of the two countries have taken.

Pence stressed that his country shares the vision of Macedonia as prosperous, democratic member of NATO and EU.

Prime Minister Zaev stated that a successful outcome of the referendum will guarantee turning NATO invitation into ratification process in January 2019.

Macron urges citizens of Macedonia to vote in the referendum