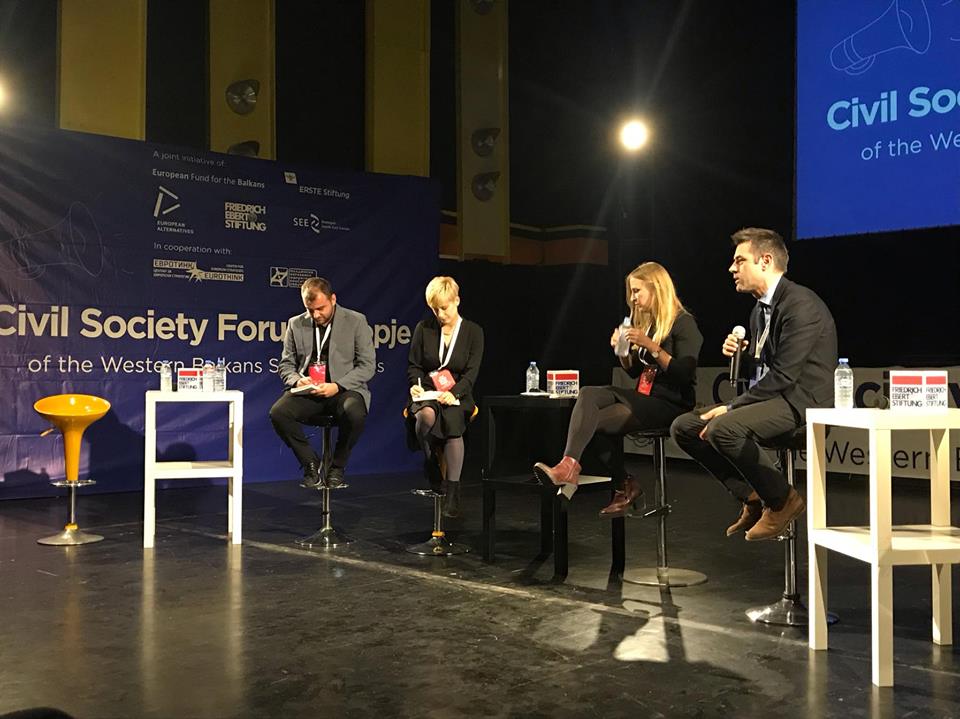 SKOPJE – Following the main edition of this year’s Civil Society Forum of the Western Balkans Summit Series that took place in London in July, an interim edition of the Forum was opened today in Skopje.

This is the second time Macedonia’s capital is a host of such an event, the first time being in 2016. The Forum, organized by the European Fund for the Balkans and Friedrich Ebert Stiefting, is envisaged as a platform through which the Western Balkans civil society provides input in the Berlin Process, by elaboration of regionally relevant issues and policies, and by monitoring of progress in realisation of the Process goals and initiatives.

The Forum was opened by a short film that retrospected on each of the previous editions. Words of welcome were then delivered by the organisers.

“The reason we came here today is to reflect where to go further after Berlin Process meeting in London” stated Eva Ellereit, head of the Friedrich-Ebert-Stiftung office in Skopje, reminding that the next meeting of the Western Balkans 6 will be held in Poznan, Poland.

“Welcome to the post-referendum Skopje. We all feel much more different than we felt a week ago”, stressed Petkovski.

The first discussion, “Four Years Later” – Civil Society Engagement in the Berlin Process Revisited was held afterwards. With a significant participation from the audience and moderated by Felix Henkel, head of Friedrich-Ebert-Stieftung office for Southeastern Europe, the panelists evaluated the results CSF achieved in the past four years and tried to identify topics that should be tackled in the future.