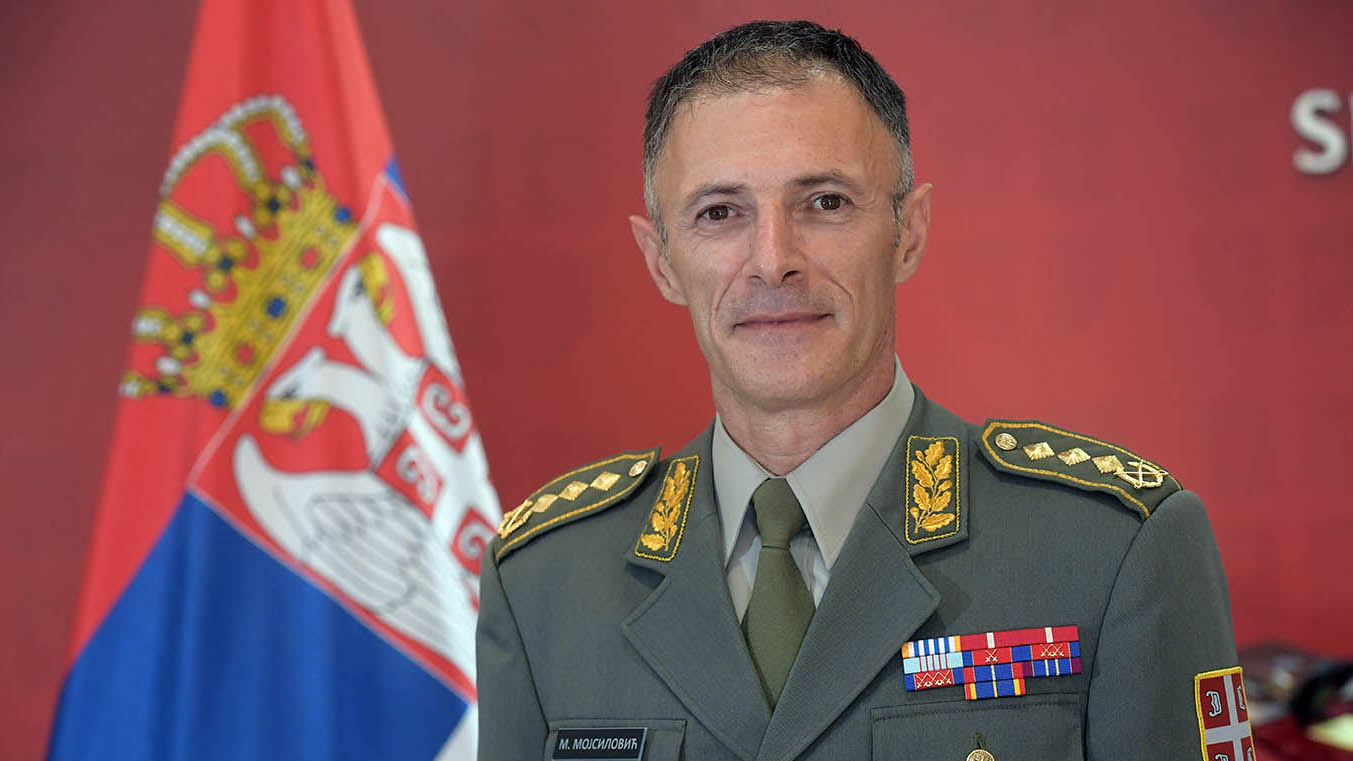 BELGRADE – The appointment of Lieutenant-General Milan Mojsilović as the new Chief of Staff of the Serbian Armed Forces was welcomed by the majority of the profession because of his experience and qualifications. Also, a part of it assessed that the new man at the helm of the General Staff represents a signal of Serbia’s more flexible attitude towards cooperation with NATO and the potential elimination of the policy of military neutrality.

Interviewees of the portal European Western Balkans believe that the appointment will not have an impact on state policy, but that it can be interpreted as a signal of good will towards NATO.

Lieutenant General Milan Mojsilović graduated from the Military Academy, the Command and Staff School and the National Defense School in Belgrade. Of the most notable international courses, he has completed the executive program lasting four months at the European College for Security Studies.

Prior to his appointment to the present position, from 2013 to 2017 he has served as the Head of the Military Mission of the Republic of Serbia to the NATO in Brussels. At the same time, he was one of the chairmen of the international advisory group at the Center for Security Cooperation, RACVIAC. Until his appointment as the Chief of General Staff, he has worked in the Ministry of Defense of Serbia as an Assistant to the Minister.

Belgrade Center for Security Policy (BCSP) researcher Katarina Đokić says that the previous experience of Lieutenant-General Mojsilović at the position of the Chief of the Military Representative in NATO is attractive to the public, but that it will not influence the defense and foreign policy of Serbia precisely because the Chief of General Staff is not someone who formulates policy, “but only communicates the needs of the Army to the Ministry and is responsible for carrying out tasks that the Ministry formulates.”

“Mojsilović himself has already emphasized in his statements that he is, first and foremost, a soldier who fulfills his tasks and duties. I think this is more than a clear message to all who are thinking about the extent to which he could have any political influence and bring Serbia closer to NATO”, Đokić said.

She also stated that Mojsilović has had a lot of contacts with the representatives of NATO and member countries, not only during his assignment to Brussels, but also his tenure as the assistant to the Minister of Defense for defense policy, which could make his appointment as the head of General Staff, in the short term, a “signal of good will and readiness for enhance cooperation with the Western countries.”

“The personal contacts, experience and characteristics of officers who are at the position of the Chief of the General Staff could make international cooperation at the operational level more difficult or simpler. Still, strategically speaking, the direction of cooperation with NATO and further bilateral military cooperation with individual member states will depend on the will of the top of ministries and the state leadership, and is difficult to foresee at this moment”, Đokić said.

For example, Milan Mojsilović, during the last year’s fifth Belgrade NATO Week, an annual conference of the Center for Euro-Atlantic Studies (CEAS) stated that cooperation with NATO was primarily based on a common interest in promoting security, and that currently the most important aspect of cooperation are related to KFOR, with which Serbia cooperates “on both sides of the administrative line”, which is fully in line with the current state policy of Serbia.

Director and founder of CEAS Jelena Milić, assessed that General Mojsilović’s promotion was based on his profile, biography and knowledge, not “the implication that he will be a better partner to the West”.

She has congratulated on this appointment and has stated that the changes at the top of the General Staff was positive, because the former Chief of General Staff, General Ljubiša Diković, as CEAS has stated in their latest publication, was “deeply compromised by the operation of units under his command during the war in Kosovo”.

“Given the war crimes, problems of communication with the United States and the status of his visa, General Dikovic’s dismissal is important in-itself and comes at the right time. I think that the appointment of General Mojsilović will, first of all, remove the ‘cork’ that currently exists in communication with the US, the most important member of the Alliance”, Milić said.

She added it was “unacceptable” that at the moment Serbia was expecting more significant US assistance in resolving the Kosovo issue, General Diković was equating “First World War heroes with war criminals from the wars in Yugoslavia.”

Milić also assessed that the appointment of Mojsilović could be interpreted as a signal that Serbia wants “warming up” of the relations with the West, in order to gain support for the resolution of the Kosovo issue, “because every signal, rhetoric and perception in diplomacy is extremely important,” and that the authorities in Serbia have lately been sending increasing numbers of such signals.

She also stated that the Serbian Armed Forces can now focus on strengthening partnership relations, before all else, with the US and NATO, among other things because Mojsilović has the necessary experience.

“The fact is that General Mojsilović is familiar with the procedures and the work of the Alliance itself, due to his previous duties in the NATO Mission. We sincerely hope that General Mosilović will be among the key speakers and the upcoming sixth Belgrade NATO Week, which will be held in November in the Palace of Serbia”, Milić said.

Session of parliamentary Committee on Constitutional Issues begins in Macedonia

[VIDEO] Boosting the digital economy in the Western Balkans