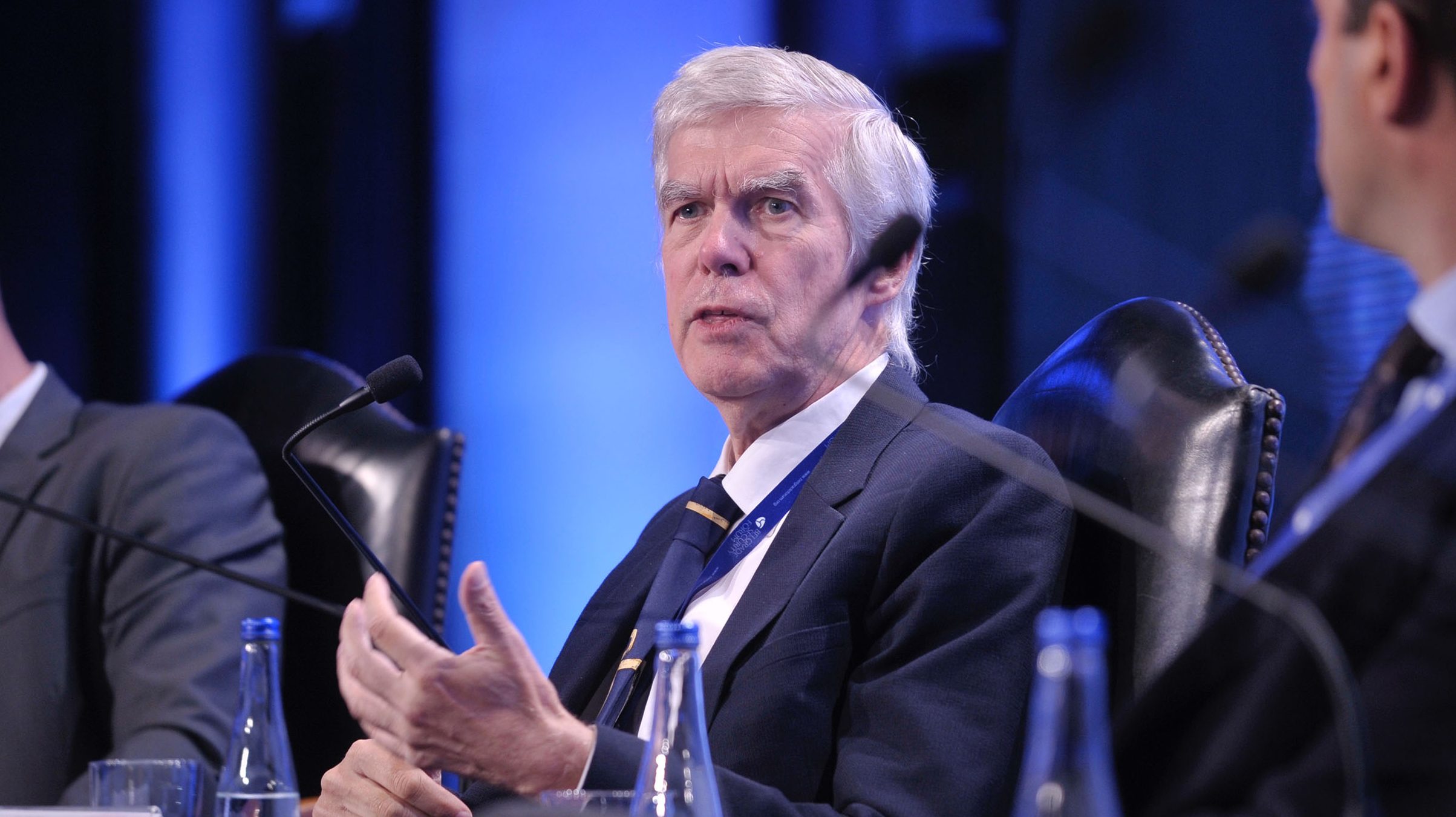 Interview with Robert Cooper, council member at the European Council for Foreign Relations (ECFR). Cooper worked for ten years for the EU High Representative, Javier Solana and later Catherine Ashton, and is considered to be one of the creators of the EU facilitated dialogue between Belgrade and Pristina. We spoke to Robert Cooper on the Belgrade Security Forum 2018, where he was one of the speakers.

EWB: We could say that you are one of the “founding fathers” of the Belgrade-Pristina dialogue from the very beginning, and having in mind that this process lasts for almost 8 years now, how do you see its successes and failures?

Robert Cooper: I think that if you think about where we started, we started from nothing, with two parties who weren’t speaking to each other at all. We had a lot of tension at the beggining even about arranging the meetings.

When I left the EEAS in 2012 after the elections here, a part of the dialogue that I was doing – the so called “technical dialogue”, although it was also very political – was coming to the end. What I remember is that everything that we had agreed, and we agreed on all kinds of things, nothing had been implemented. Now, I think that almost everything that we have agreed has been implemented, and quite a lot of it is working quite well.

“If you look in the balance sheet and you ask yourself is it a success or failure, I think that success outweighs failure.”

After that, the dialogue moved on to the political level and there was a far reaching agreement, which was implemented in part, but not completely. Particularly, like the president of Serbia said this morning, the Association of Serb Majority Municipalities has not appeared in Kosovo. If you look in the balance sheet and you ask yourself is it a success or failure, I think that success outweighs failure.

I don’t think that this process is a failure and I’m happy to see that there is a dialogue going on at the moment between President Vučić and President Thaci. It’s always good for people to be talking to each other. But now they are getting to some serious issues, so I would like not to make any predictions. But, on the whole, if you look back, this has been the positive story.

EWB: The dialogue was led using the principle of “constructive ambiguity” which made reaching certain agreements possible, but now we can see that the implementation represents a serious problem. Do you think that usage of this principle was justified and did it serve its purpose?

RC: To begin with there was a problem that both sides represented agreements in quite different ways in their capitals, but the proof is that actually almost all the agreements had been implemented. You can be ambiguous in speech, but you can’t be ambiguous in action. Implementation is a proof that there was a real agreement and not an ambiguity.

I think that what you are implying is that constructive ambiguity is a sensible way to begin, but you can’t end like that. In the end you have to have agreements which are fully understood by both sides and fully implemented.

EWB: Serbia and Kosovo now are trying to reach a normalization agreement that includes territorial changes. Do you think that such solution would annul all that which was achieved in the dialogue so far, including the Brussels Agreement?

RC: If there was an agreement about it, I’m not sure that Association of Serb Majority Municipalities that was proposed would be still relevant.

I think the idea of Association of Serb Majority Municipalities is not an actually bad idea. The Serbs are a very small population in Kosovo and maybe they will feel more comfortable if there is an Association, so I’m not against that idea.

However, exactly where the current dialogue between the two presidents is going to go and what kind of results will be reached – we don’t know.

EWB: EU and US now seem much more ready to accept some kind of territorial solution within the normalization agreement, which was unimaginable just a couple months ago. Why do you think that there is a shift in approach on the side of the EU?

RC: As far as the EU is concerned, I’m not sure that I recognize the shift of the opinion that you are talking about. I think that there is still a range of opinions within the EU on this, and there are some capitals where they would like to understand better exactly what is proposed.

And I don’t think it’s enough to agree in principle on the possibility of border adjustment. And these are questions that you must look into detail, not in principle.

EWB: Do you think such solution would be good if it could help reach the comprehensive normalization agreement as expected by the framework of the dialogue?

RC: The framework changed from around the time that I left. I think it went up to the political level. Now it’s changed again and it seems that the good deal of the discussion is simply between Pristina and Belgrade, without anybody else being involved. I think it is a good sign rather than a bad sign. So, I don’t think it’s dead at all. In fact, I think it’s essential. Whatever form it takes, it’s up to the particular people involved.

“It’s good rather than a bad sign that the good deal of the discussion is simply between Pristina and Belgrade, without anybody else being involved”

EWB: Do you think that maybe there were mistakes on the side of the EU when it comes to the dialogue? What could have been done better when it comes to principles and framework taken by EU as mediator?

I think that it would have been better if each agreement was implemented as we went along. It ought to be said that on one side there was distinct unwillingness to do anything at all, and on the other side there was incapacity to do things. For me is pleasing that pretty much all of the things that were agreed originally had been implemented and they function.

EWB: Looking at the current framework, the way it was from the beginning and which is set in the Chapter 35 of Serbia’s EU accession process, do you think that formal recognition of Kosovo by Serbia is or will be a formal requirement for EU membership?

RC: There you have little room for the interpretation of full normalization. If you are normal, you normally recognize each other and I think it’s not very constructive ambiguity.

I think that it’s actually crazy to live in the situation in which the constitution of Serbia says “This is a part of our territory”, but the reality is that it is not.

I think it makes good sense for Serbia to recognize reality and to develop something more than good neighbourly relations.

EWB: Do you think that there could be some kind of solution on the basis of the agreement of two Germanies where there would be no formal recognition, but de facto recognition which would allow both countries to move forward on their EU paths?

RC: I never understood why people tell the stories about the two Germanies, because the purpose of the arrangements for recognition of the GDR were because of Germany’s long-term ambition to integrate GDR. So, it doesn’t seem to be very likely.

The Germans insisted throughout bilateral negotiations that even though there were two states, there was one nation. I don’t think that anybody is insisting on that here, so I never understood why people made the comparison.

EWB: Maybe Germany is offering that as a model for Serbia to make Serbia implement everything and still not make the painful decision to recognize Kosovo formally.

RC: To be honest, I think that it is really silly. As far as Germany was concerned there was a good reason for doing that, because they planned to have a single state in the end. They were right. I think that this is not going to happen in this case.

If you want, there is another analogy, which is Northern Ireland, where used to be a case that constitution of the Republic of Ireland announced that it is a constitution of a whole island and then changed it with the Good Friday Agreement.