Apart from some sporadic incentives, Regional Economic Area (REA) was literally introduced during the Trieste Summit in 2017, under the Berlin process (BP). Since the beginning, it proved to be the most dynamic regional initiative, bringing together 6 EU member states (Austria, France, Germany, Italy, Croatia and Slovenia) and 6 candidate and potential candidate countries from the Western Balkans (WB6), by offering a new impulse to the EU enlargement perspective of the whole region. Five high-level diplomatic summits organized under the BP turned out to be an effective mechanism to keep the rhythm of WB6 enlargement path, ensuring tangible outcomes (i.e: Solution of Bilateral Disputes between the WB6 countries, establishment of Regional Youth Cooperation Office, boosting investment in the region through setting up the Chamber of Investment Forums – CIF etc.)  which support WB6 to comply with EU standards.

REA has been developed upon the request of the WB Six Prime Ministers to prepare a “…proposal for a joint approach to furthering economic cooperation in the Western Balkans”.  As such, the ownership on developing this economic area fully belongs to the WB6, which have noticed so far the benefits of regional cooperation initiated by the EU flagship policy in transport and energy infrastructure.

Although WB6 have undertaken some efforts to address internal structural weaknesses, still they are not sufficient, highlighting the need for setting up a framework for development of a common regional trade where barriers are removed. This is where the transformative power of REA stands. It helps the BW6 economies to strength the ties between them by transforming six small and weak economies into one common regional market.

REA is in full compliance with all the commitments that the WB countries have taken under CEFTA Protocols and it helps in their implementation. As such, all the CEFTA measures are reflected in the economic dimension of REA Multi Annual Action Plan (MAP), represented by trade and investment pillars. More than that, REA aims at eliminating social barriers in terms of mobility of professionals, youths, skills and innovation. There is the social dimension and digital agenda – two others MAP pillars – that gives added credits to REA in comparison with CEFTA, which is explicitly an economic agreement.

It should be emphasised, that REA is not an alternative to EU integration. Instead, by establishing a common regional market where trade and social barriers are pulled down, REA is contributing towards a progressive deepening of the socio-economic integration of WB6 within the region and with the EU. In this context, REA should be considered as an important milestone for the preparation of WB6 EU accession.

Currently, the speed of EU accession process of WB countries has been relatively slow. Despite Serbia and Montenegro, identified as countries for a possible membership in 2025, for other countries such perspective seems to be far away. In this context, REA will accelerate the economic development and EU accession process of WB6 by supporting their efforts in terms of harmonizing and complying with the EU standards.

In this regard, WB6 economies consider REA as a springboard towards EU membership and a milestone in meeting the Copenhagen economic criteria. Indeed, it turns out to reconfirm the core fundamentals of the EU itself, relying first of all in an economic cooperation. More than a political declaration, REA is a tangible initiative that through untapped actions, like the setting of a single regional market, avoiding social barriers, mutual recognition agreements of professional qualifications and removing obstacles to mobility of students, brings the WB6 closer to the EU accession.

However, the implementation of the MAP, calls for significant policy reforms, national ownership, close donor coordination, and greater cooperation with private sector, in particular with CIF and business associations in each WB6 economy. Development of such a free area, even though strongly supported, might have some costs, which, if not managed properly, may have spill over effects for the WB6 national economies. It is true that connectivity and regional cooperation in WB6 are happening in a globalizing framework, but the government should be careful and take the necessary measures to protect its own producers from phasing out with the opening of such a market.

As enlargement is about connecting markets, WB6 enlargement means integrating the 6 economies of the Western Balkan countries into the EU single market. As such, REA represents an integral part of the EU Integration process and catalyst for the region economic growth. However, the industries of the WB6 are still to become able to withstand competition, which results in trade deficits, foreign debt, and lack of financial space for public investment. Therefore, the acceleration of economic reforms, a closer cooperation at domestic level as well as designing of a dedicated EU WB Regional Funding Instrument might be necessary to be including in the ‘next agenda’ so that REA become a tangible reality for the WB6.

Balkan Futures discussion: How should EU approach the region?

EU enlargement is a strategic investment

EWB Interview, Angelina Eichhorst: It is clear that the WB6 are part of Europe 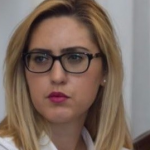 Baisa Sefa is currently Western Balkans Summit and CSSF Projects Officer at British Embassy Tirana. She completed a degree in political science at the University of Tirana.