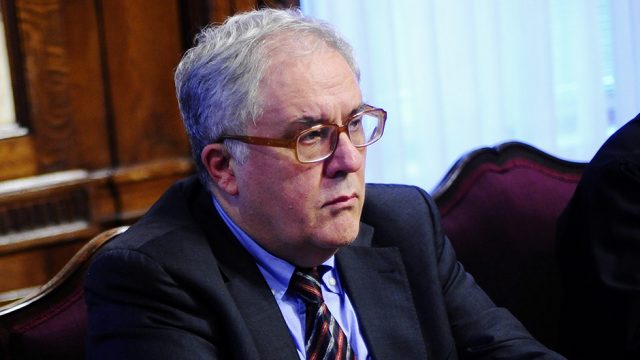 BELGRADE – Participating in a talk show Pressing on television N1, President of Serbian Academy of Sciences and Arts Vladimir Kostić talked about the internal dialogue on Kosovo, initiated by President Aleksandar Vučić, the proposal on demarcation between Serbia and Kosovo and the Academy’s position on the issue.

“We haven’t interrupted that monologue, that maybe became a dialogue afterwards“, said Krstić, referring to the process formally initiated in the summer of 2017.

At least some general positions of the dialogue’s initiator (President Vučić) are needed for mutual understanding and confidence, and they have somewhat lacked so far, Kostić emphasised.

He reminded that the Academy, as an institution, has offered to participate in the dialogue and has been open not only for a discussion between individuals, but also for a professional assistance.

“The planned discussion would have gone much easier of more directed questions had been asked”, said Kostić. “Unfortunately, the capacities of the Academy have not been used to their fullest extent”, he added.

Kostić explained that, even though the level of tolerance for this kind of dialogue should be absolute, it has been virtually non-existent. “We immediately entered a petrified space, in which there has been no opportunity to say anything different from a dominant opinion”, he said.

According to him, the fact that the opposition has overtaken some of the positions government held until recently is not productive, and only results in running in circles.

He added that no conflict exists between the Academy and Serbian Orthodox Church. “I am not a great sympathizer of church’s involvement in political discussion, but this is an issue in which the Church undoubtedly has to have a say”, Kostić stressed.

His suggestion is that a new dialogue should be initiated. It should not be public from the start – it should rather take place between the institutions and than gradually build up towards wider public. Although the National Assembly should be a place for this dialogue, he doesn’t believe that its current membership has a capacity to do that.

Asked whether he understands what the term “demarcation”, advocated by President Vučić during the past few months, means, Kostić answered that the word and its potential implications have to be clarified. Nevertheless, a physical demarcation would not solve the problem, in his opinion.

“At the moment, demarcation is not completed in the minds of the people. The conflicts have made us become biological enemies”, said Kostić, adding that those relations have to be toned down. Otherwise, both sides will still want to reclaim “their” territory, despite potential new borders.

“I am against the status quo, because I am not sure that it benefits this situation at all. But, if we do not want the status quo, we should not be running towards random solutions either”, he emphasised.

Asked to comment on the disappointment expressed by President Vučić for the alleged rejection of his proposal by the people, Kostić said that the people still have not had the final word, and that is currently unable to do so because it lacks the necessary information.

President of the Academy did not give a direct answer to the question on the position of this institution towards Kosovo, emphasising that there is a pluralism of opinion within it. “It neither a primitive patriotism nor erasing Serbian population and its cultural heritage from Kosovo”.

“President Vučić should firstly visit the Academy or invite us for a conversation. Despite everything, the only alternative to the dialogue is a lack of dialogue – and without a dialogue, there is no solution. Let us initiate a new dialogue, away from the public, between institutions, with more tolerance. I would not want to be in the position of anyone responsible for making this political decision”, concluded Kostić.

Kosovo: Another resolution on dialogue with Belgrade fails