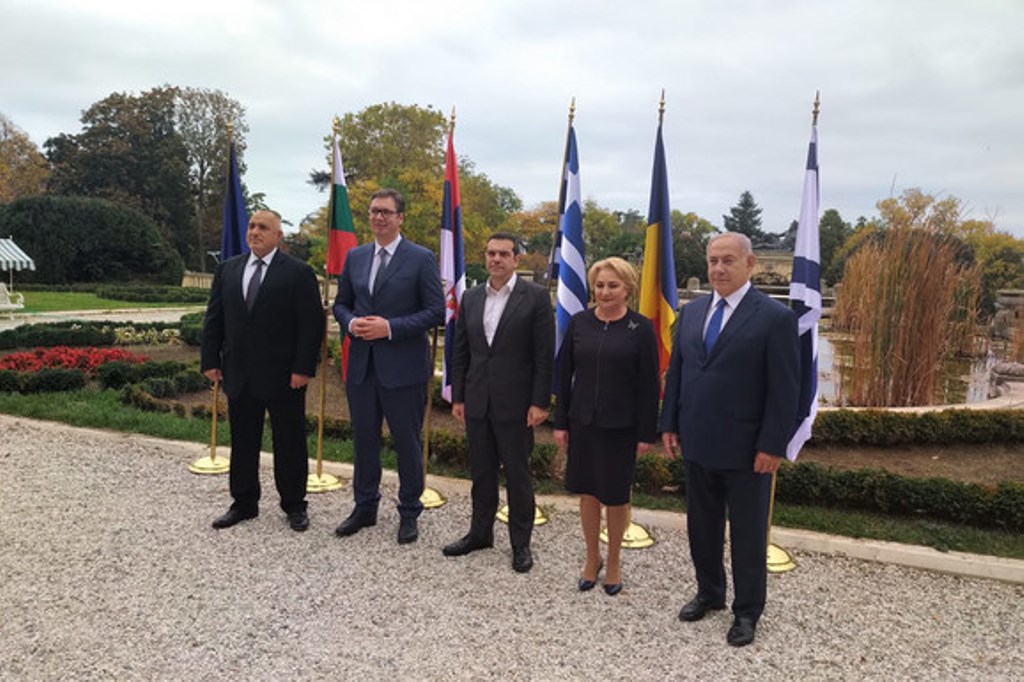 Borissov, Vučić, Tsipras, Dăncilă and Netanyahu; Photo: Presidency of the Republic of Serbia

VARNA – Prime Minister of Bulgaria Boyko Borissov hosted a meeting with his counterparts from Greece and Romania, Alexis Tsipras and Viorica Dăncilă, as well as President of Serbia Aleksandar Vučić, in Euxinograd near Varna on Friday.

It was the fourth meeting of the so-called “the Orthodox Four” since October 2017, following the last year’s summits in the same place and in Belgrade, and in Thessaloniki on 5 July. This time, the regional leaders were joined by Prime Minister of Israel, Benjamin Netanyahu.

The main topic, much like during previous meetings, was regional connectivity.

“Our four-way meeting has always had one goal vis-à-vis the EU – to raise the level of connectivity, in energy, infrastructure, digital, and our policy has never been targeted against third parties, on the contrary – we believe that with the accession of Serbia to the EU, the EU will become stronger”, Borissov said, EURACTIV reported.

President Vučić thanked Bulgaria, Romania and Greece on their support for Serbia’s European integration process and expressed his belief that these countries will continue to work on stability and full prosperity of this part of Europe.

Vučić stated that he presented his colleagues with situation in the Western Balkans and that they talked about the Belgrade-Pristina relations and the necessity for the dialogue to continue.

Prime Minister of Romania emphasised the importance of EU cohesion policy and announced that it will be the priority of Romania’s EU presidency, which begins in January.

Israeli PM Netanyahu stressed the need to create high-tech prerequisites to fight terrorism. In many cases, he said it had been possible to prevent terrorist attacks thanks to assistance from each of the countries represented.

The leaders also discussed a joint bid to host the 2030 FIFA World Cup together.

The next summit of the four countries will be held in Belgrade in December, Vučić announced. Prime Minister of Italy Giuseppe Conte and Austrian Chancellor Sebastian Kurz will also be invited, Tanjug reported.

Macedonia and Bulgaria signed a memorandum of cooperation in important sectors