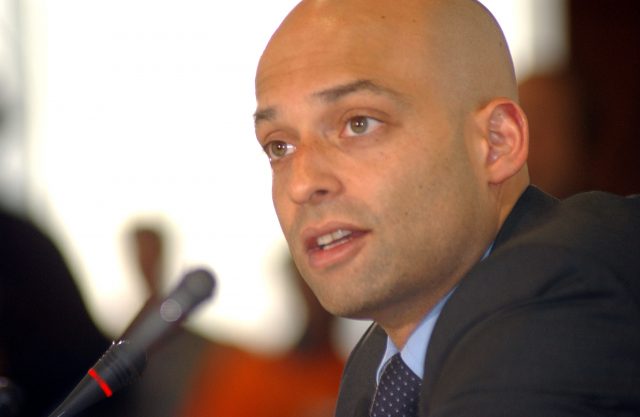 BELGRADE – The second day of Belgrade NATO week has begun with the address by NATO Deputy Assistant Secretary General for Political Affairs and Security Policy, James Appathurai, who spoke about cooperation in the areas of security and defense from global perspective, as well as NATO’s policy towards Western Balkans.

Today’s world and its security challenges are very different from the period after the Cold war, Appathurai stated. He firstly reflected on Russia, a country that several years ago was not regarded as a security threat.

However, today’s Moscow has a “steady progress in destabilising Euro-Atlantic security”, Appathuari stressed, giving the examples of large-scale military exercises, troops in Georgia and Moldova, organisation of cyber attacks and assassinations and the problems regarding arms control.

Asked about possible lack of unity among NATO allies when it comes to Russia, because of closer ties some of them have with the country, Appathurai answered that a political unity does exist and that the sanctions for Russian activities in Ukraine remained intact despite several changes in government. He added that the NATO as a whole would certainly like to have better relations with Russia.

“We do not impose East-West divisions, we have good relations with Serbia and Finland, which are neutral, and even Armenia, which is an ally of Russia”, Appathurai emphasised, stating that Russia is the one that does not respect free choices of other countries.

When it comes to relations with China, NATO does not regard it as a security threat, even though it acknowledges its raising global presence in every area, including military.

“I would not want to say anything negative about China, but the fact is that its presence is bigger than before”, said Appathurai, proposing more dialogue between NATO and China.

Asked how NATO views proposals for intensifying security cooperation within the EU, Appathurai said that NATO, in principle as well as in practice, supports a strong EU, most members of which also belong to NATO. If the EU is able to defend itself, there will be less responsibility for USA as well.

There are, however, two challenges in this area: “The first one is that European defense does not undermine Euro-Atlantic cooperation, and the second one is that non-EU countries are not excluded from the initiative”, Appathurai said.

Global environment has brought along additional challenges, such as cyber attacks, hybrid warfare, which blurs the line between what is and what is not a war, as well as fake news.

“Everybody is facing fake news, and great efforts are put in identification, analysis and fight against the problem”, Appathurai stated. He added that NATO countries are working on the resilience of its citizens to this negative influence.

“The Western Balkans has always been an important region for security”

Appathurai disagreed with the assertion that the Western Balkans is a “backyard” of Europe and NATO. According to him, this region has always been important for security, and political focus on it has increased even more in the past two to three years.

“We want to help the countries in the region to achieve their goals, whether they are connected to entering NATO or not, but we would also like to see more practical cooperation and understanding”, he underlined.

Answering the question on Bosnia and Herzegovina and Macedonia, Appathurai said that NATO supports Euro-Atlantic integrations of both countries. In the case of the former, that process is much smaller, and the national political unity is still not present. The indicator of the process is the registration of security objects that are still registered only on a sub-national level. This process is not finished, and is not the only criteria, but NATO will continue to support BiH.

As for Macedonia, Appathurai reminded that this country has a unique opportunity to become NATO and EU member. “The only condition for Macedonia is to implement the name agreement. We will respect every decision this country makes, but this move would significantly improve neighbourly relations”, he said.

NATO will tackle the subject of Kosovo Army only when the decisive steps in that direction are taken, Appathurai answered the question on the support of the Alliance for the potential formation of such security forces.