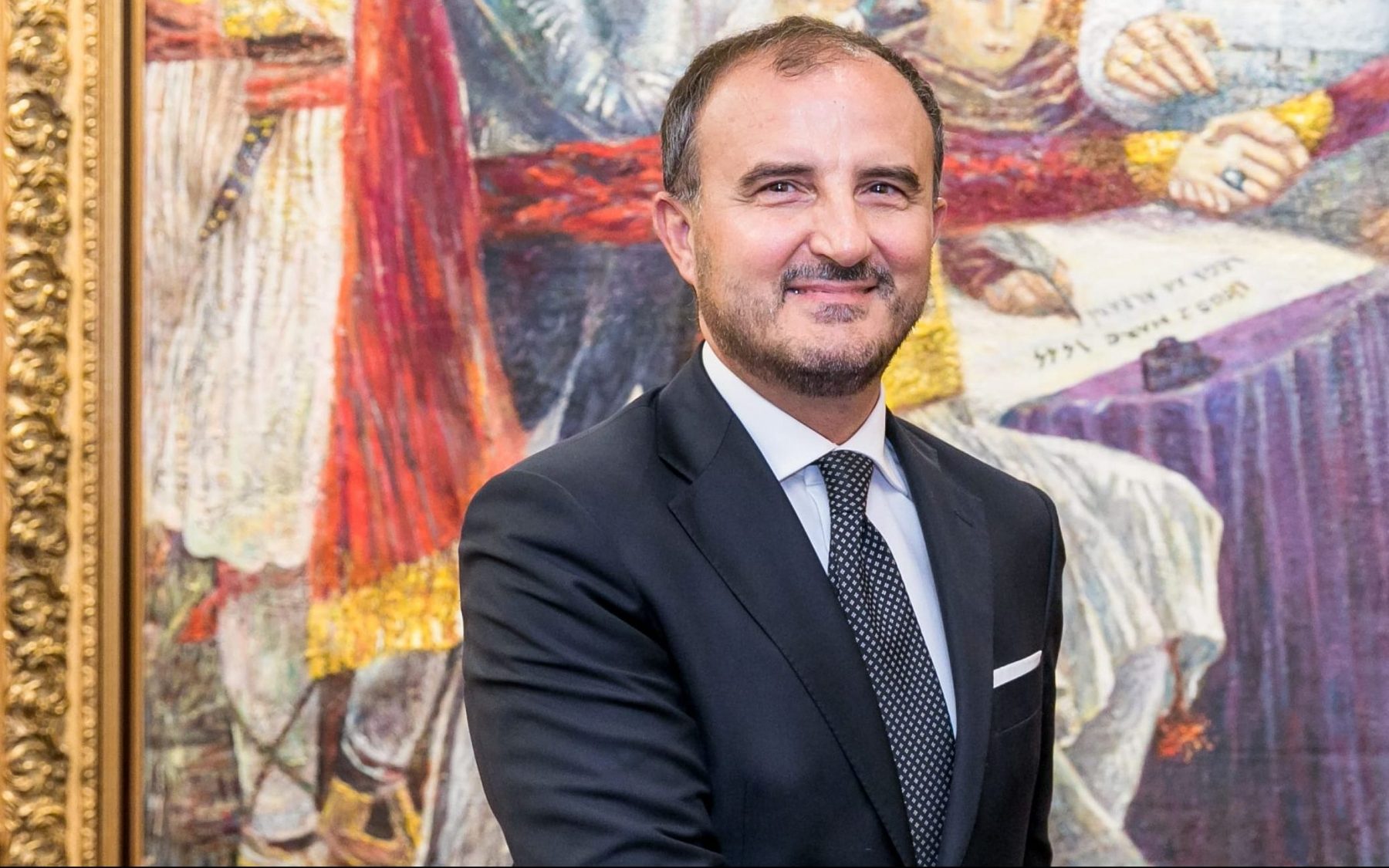 Interview with Luigi Soreca, European Union Ambassador to Albania. The interview was taken during the Fourth Tirana Connectivity Forum, where Soreca was one of the speakers.

Luigi Soreca: As I have just said in my intervention here in Tirana Connectivity Forum, Berlin Process has been crucial in delivering in the area of connectivity of transport, energy, trade, but most importantly connecting people, youth in particular. And one of the most important achievements of Berlin Process is the creation of Regional Youth Office here in Tirana, which I think represents the heart of the project.

EWB: It is expected that Albania will start the negotiation process with the EU next year. Do you consider Albania to be fully ready for this step?

LS: Albania has made very important progress in the last years and months, but there is still a lot to do. Particularly in areas that have been identified by the Council Conclusion’s last June. The fight against organized crime and corruption is crucial and there is no time to waste. Justice reform needs to continue, it is a resilient process, and everybody needs to work in the same direction.

EWB: Do you think that the European Council should have opened negotiations with Albania in June this year to motivate them for further reforms instead of postponing this to June 2019?

LS: Well, the position expressed by the European Commission was, indeed, to recommend opening of the negotiation in June. But the European Union is composed of several institutions, and the Council, within its right, didn’t find the consensus on this. We respect very much the position of those member states who were not in agreement. We are working with them and most importantly we are working with Albania in order to be sure that those concerns expressed last June are addressed and possibly resolved in order to have a positive conclusion next year.

EWB: Reading the European Commission’s Albania 2018 Report, you can get impression that the Albania is on the right track when it comes to judicial reforms. However, there are critics saying that reforms paralyzed the work of a higher instance of the judiciary and thus reduced the efficiency and independence of the whole system. Do you think that this is the case?

LS: Justice reform is a very complex reform. It has changed one third of the constitution of Albania and it is really going deep into the constitution power of this country. So, it is complex and therefore we need to have patience in order to allow independent authorities that are vetting, the magistrates, to do this job. Of course, this must be done in at the pace that allows Albania to reach important rendez-vous of next June.

Therefore, I think now it’s a question of focusing of the core of the justice reform being able to put in place all the institutions that constitution has seen, and we are fully committed to help and support the institutions of Albania to make this up.

EWB: One of the five Key Priorities of the above mentioned Report is a fight against organized crime and corruption. Few days ago, there were arrests, and among them was a former MP. What are the main challenges that Albania is currently facing in this area?

Russia, North Kosovo and Kosovo Serbs: What are the connections?