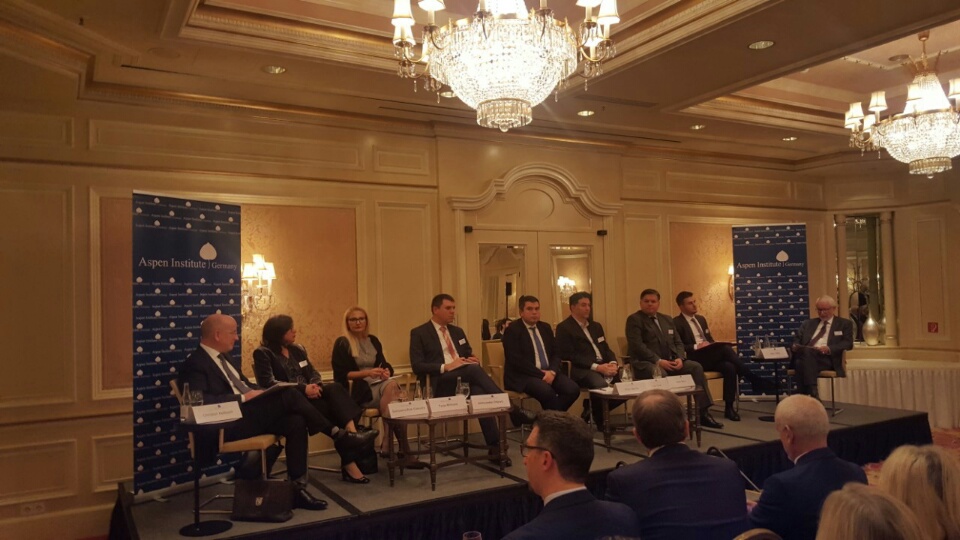 BERLIN – Even though it seemed tranquil at first, a discussion of Southeastern Europe Working Group at the Aspen Institute ended up with multiple disagreements, Deutsche Welle reported.

The Working Group met on the day Kosovo decided to impose 100% tariffs on goods from Serbia and Bosnia and Herzegovina. The move came following the failure of Kosovo’s bid to become a member of Interpol, as well as accusations of non-tariff barriers on its goods imposed by Serbia and BiH.

Representative of German Ministry of Foreign Affairs responsible for the Western Balkans Christian Helbach, referring to Kosovo and Serbia, openly criticized the lack of compromise in the region.

According to Helbach, talking about the exchange of territories means the loss of energy for tackling the true obstacles for the agreement. He added that the idea has been more or less unitedly rejected by the international community.

Helbach also urged all the countries in the region to start delivering success stories. Without them, it would be very hard to convince member states that a new round of enlargement is necessary.

Serbia’s Chief Negotiatior Tanja Miščević then expressed her disappointment for Helbach’s failure to condemn Kosovo’s move to raise tariffs, Deutsche Welle emphasised. Kosovo’s Deputy Minister for European Integration Lirak Çelaj responded with a claim that Serbia and Bosnia and Herzegovina are doing everything to hinder exports from his country.

“When it comes to accession to the EU, the respect for the principle of advancing according to the results and achievements is especially important for Montenegro. On the other hand, we are committed to developing good neigbourly relations, regional stability and mutual cooperation, which are very important for the integration of Montenegro and the Western Balkans in the EU, but also for the strenghtening of Europe”, stated chief negotiator of Montenegro Aleksandar Drljević.

On the side-lines of the event could have been heard that Berlin disapproves of Kosovo’s decision. The mutual understanding has not been achieved, and the 2025 as a potential date of further enlargement has not even been mentioned, Deutsche Welle concluded.

EC: Further explanations needed from Hungary on decision to grant asylum to Gruevski

This year’s election in Serbia was the most controversial in the last 20 years, a new report finds