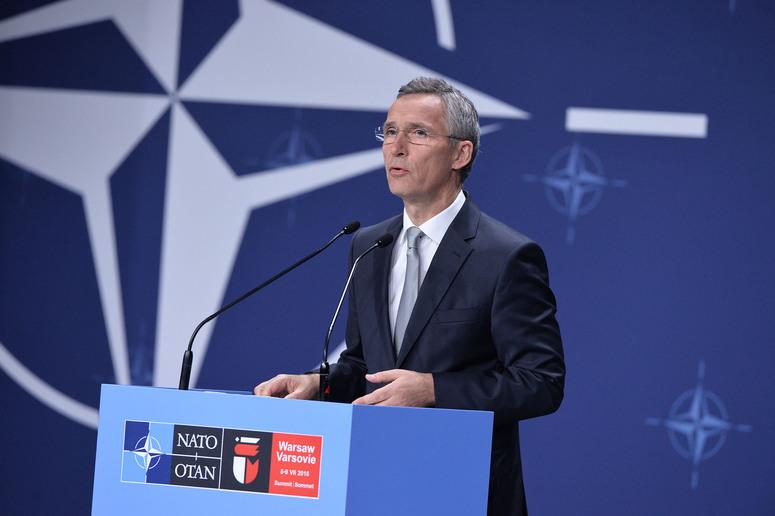 BRUSSELS – NATO Secretary General Jens Stoltenberg stated that KFOR will continue to provide stability and security necessary for progress in finding a political solution to the current Kosovo crisis, and that Alliance supports “border adjustment” as long as the it is supported through dialogue and the solution is reached by both parties.

During the press conference ahead of the meetings of NATO Ministers of Foreign Affairs, he has also called on Belgrade-Pristina dialogue leaders to refrain from “provocative actions and provocative rhetoric”, in order to reduce tensions and move forward with the negotiations, naming them as the only way of resolving issues.

Stoltenberg will, along with NATO Official from the Political Affairs and Security Policy Division, attend a meeting on the Western Balkans, which will be joined by the EU High Representative Federica Mogherini.

During the conference, Stoltenberg has named this region as a “key strategic interest for both NATO and the European Union” and has commended Skopje’s progress towards becoming NATO’s 30th member.

Stoltenberg reiterated that it is on the people and its Parliament to decide on the name change, that he will not speculate on the result of this vote, and that, as soon as the name agreement is implemented, accession protocol will be signed after which Skopje will attend similar ministerial meetings.

On the Ministerial meeting next steps in developing NATO’s relationship with Bosnia and Herzegovina will be discussed, and Stoltenberg added that he expect Ministers to endorse NATO’s readiness to accept Bosnia’s first Annual National Programme (ANP), a tool aimed at implementation of political, economic and defense reforms.

“This is an important tool which can help the country. It is now up to Bosnia and Herzegovina to decide to take up this offer”, Stoltenberg said.

Answering the question if the adoption of ANP will also mean the activation of previously signed Membership Action Plan (MAP), Stoltenberg said that this represents a great opportunity and that they will have to wait and see if the Bosnia and Herzegovina uses it.

He added that he expects that Ministers will agree on the acceptance of ANP, after which Bosnia will decide if they are ready to use that programme adequately.

Tomorrow and the day after tomorrow, NATO member countries’ Foreign Ministers are meeting in order to address a wide range of security challenges, such as violent extremism in North Africa and the Middle East, continuing instability in Afghanistan and Russia’s “destabilizing behavior”.

Hahn meets with Vučić: I will call on interlocutors in Kosovo to unblock trade

Pahor in Kosovo: Changing borders in the Balkans should not be discussed https://t.co/A6U1SejInF

Reply Retweet Favorite
[OPINION] Why regional cooperation should be considered as a necessity for all, read in a new op-ed by Tanja Miščev… https://t.co/Lv1UPK6ULI

Reply Retweet Favorite
The EU Ombudsman will investigate and assess the sustainability of priority gas infrastructure projects in the West… https://t.co/plSgUqSBRg