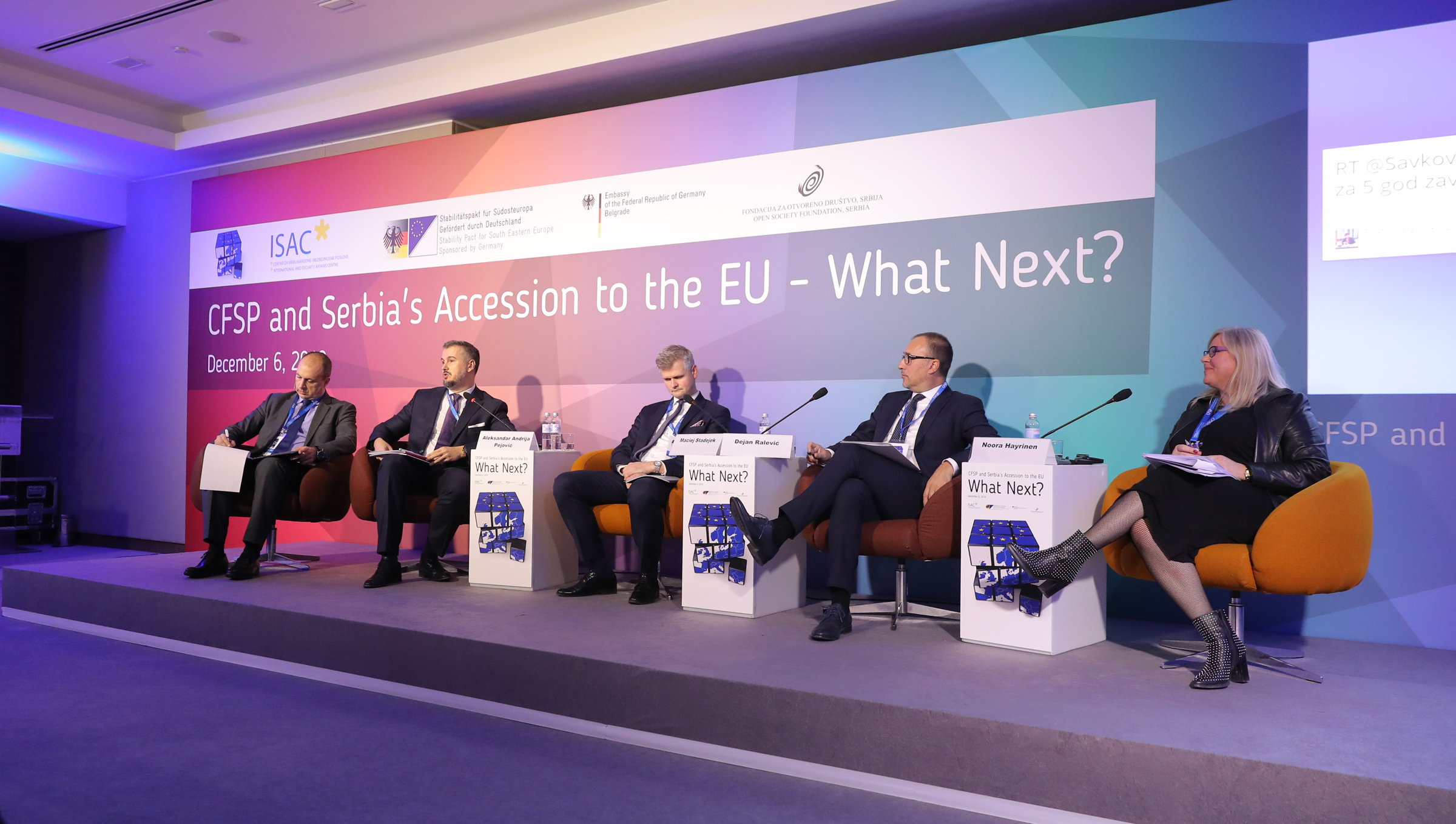 BELGRADE – The third expert conference on EU’s Common Foreign and Security Policy and Accession Process of Serbia, organised by the International and Security Affairs Centre (ISAC) was held in Belgrade yesterday.

The conference consisted of two panel discussions and a Young Leaders Session with Head of the Negotiating Team for the Accession of the Republic of Serbia to the European Union Tanja Miščević, who also opened the conference, and the former Minister and Chief Negotiator for the Accession of Montenegro to the European Union Aleksandar Andrija Pejović.

During her opening speech, Miščević focused on Serbia’s alignment with EU’s Common Foreign and Security Policy (CFSP), which is currently standing at 54%. While acknowledging this fact, she also reminded that Serbia has been working hard in this area, especially with regards to participating in civilian missions.

The second opening speech was delivered by German Ambassador to Serbia Thomas Schieb. He pointed out that enforcing sanctions on Russia is not the only part of the process of Serbia’s aligning with CFSP, and that the view which paints it as the most important requirement is too simplistic.

“It is about aligning with all foreign policy positions and actions and adopting the required legislation”, Schieb emphasised.

The first panel discussion bore the name “Chapter 31 and Serbia – How to achieve alignment?”. It featured Aleksandar Andrija Pejović, Dejan Ralević, Deputy Assistant Minister for European integration at the Ministry of Foreign Affairs of Serbia, Maciej Stadejak, Director of the Bureau of the Political Director at the Polish MFA and Noora Hayrinen, Head of Political Section at the European Union Delegation to Serbia. It was moderated by Vladimir Međak, Vice President of the European Movement in Serbia.

The panel concluded that the Chapter 31 is far more political than technical, for it does not contain much acguis. It recognized Serbia’s efforts in aligning its foreign policy with EU, mostly through participation in civilian missions.

Russia sanctions are a necessity, however, since it conveys a message on Serbia’s political choice. The decrease in the alignment with EU’s CFSP is largely the consequence of not answering repeated calls to enforce them.

The recent events between Russia and the Ukraine have been thoroughly discussed in the EU, and different countries had different positions, but, in the end, common denominator has been found. This can and should be applied for the candidate countries as well.

The second panel was devoted to cyber security and hybrid warfare. It discussed the issues of defining the biggest challenges in the area, current readiness of Serbia to cope with them and the most important changes these kinds of threats have introduced to the modern world.