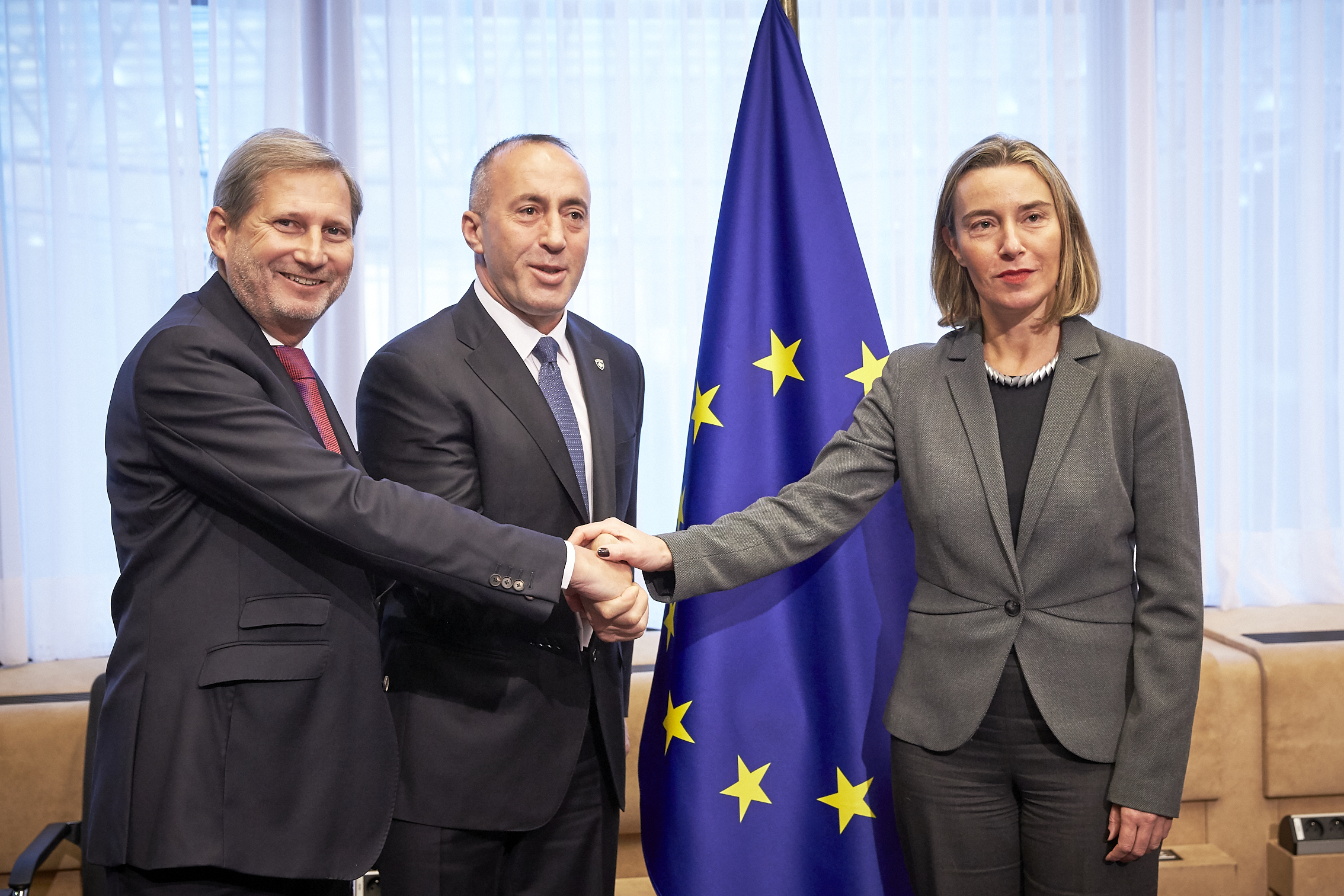 BELGRADE – High Representative Federica Mogherini, Trade Commissioner Cecilia Malmström and Commissioner for Enlargement Negotiations Johannes Hahn have sent another letter to Prime Minister of Kosovo Ramush Haradinaj, in which they stated that he had endangered the so far achieved progress in the dialogue with his unilateral actions.

European officials have also welcomed the Resolution on the dialogue, which the Assembly of Kosovo adopted on the initiative of Haradinaj, but pointed out that the dialogue will continue in the same format, which implies that the EU still regards Hashim Thaçi as Kosovo’s sole representative, media in Pristina have reported.

EU Spokesperson Maja Kocijančič confirmed for Tanjug that the letter by Mogherini, Hahn and Malmström has been sent to Haradinaj, but did not enclose details about its content.

However, Gazeta Expres wrote that the EU first and foremost rejects Haradinaj’s previous assessment that little has been achieved in the Belgrade-Pristina dialogue.

“We strongly reject your assessment that the dialogue is stagnating. Instead, the dialogue, headed by the two presidents, is marked by a constant progress. We shared this assessment with the EU leaders during the European Council meeting in December and we received encouraging messages of support”, the letter reads.

EU representatives regard the resolution adopted by the Kosovo Assembly as important and think that it should contribute to the continuation of the process in a constructive way.

“We support it and regard it as introductory position of Kosovo which will be expressed by its President in the continuation of the dialogue”, the latter concludes, emphasising that the dialogue is the only realistic framework for normalisation of relations between Belgrade and Pristina.

Haradinaj: Failure of the dialogue is Mogherini’s fault

Following today’s meeting of Kosovo’s Government, during which a comprehensive normalisation agreement was discussed, Prime Minister Haradinaj said that it is not his fault, but rather the fault of Ms Mogherini, that the Belgrade-Pristina dialogue has failed, because she has let the process to “go off the rails”.

Bota sot reported that, although Haradinaj is not invited to tomorrow’s meeting of Western Balkans leaders in Brussels, he said that there is no need for him to go there, because he has already done everything he wanted.

“Mogherini has harmed the dialogue, and that caused many problems in the region”, he said.