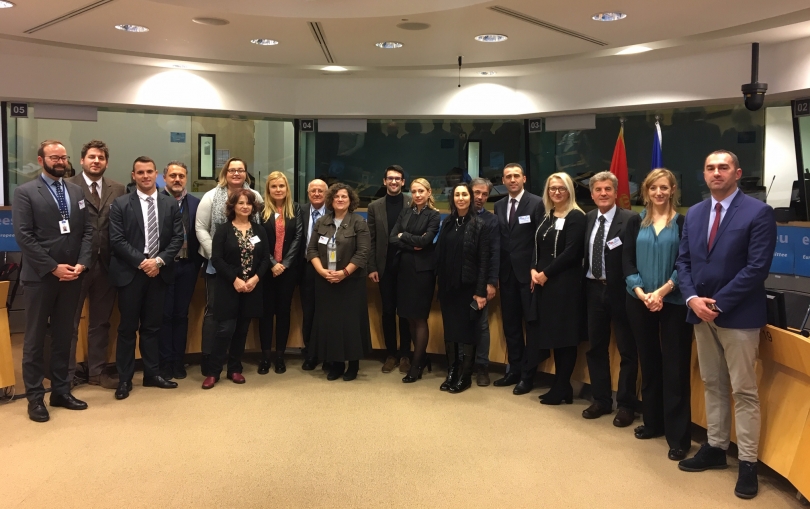 BRUSSELS – Representatives of civil society bodies discussed in Brussels the current situation of Montenegro’s EU accession negotiation at the 12th meeting of the EU-Montenegro Civil Society Joint Consultative Committee (JCC). All the participants welcomed in a final joint declaration the accelerated growth of Montenegro’s economy in 2018, as well as the fall of unemployment.

On the other hand, the JCC noted that the political scene in Montenegro remains fragmented and marked by lack of political dialogue. It also showed its concerns relating to media freedom in Montenegro and the political interference in the work of the national public broadcaster, and pointed out to the lack of progress in dealing with cases of violence against journalists.

The JCC also welcomed the establishment of the council for cooperation between government institutions and NGOs and emphasized the importance of civil society organisations’ involvement in all aspects of policy-making and in EU accession negotiations.

Migration was other key topic debated by JCC members. Montenegro’s national legislation alignment with the acquis communautaire in the area of legal and irregular migration and asylum was very much welcomed. But the joint declaration also states that Montenegro must further “strengthen its migration management capacity to avoid overstretching of systems, constraints on national resources and the challenges of managing migration flows in compliance with international standards and protection of human rights in the event of a sudden influx of migrants”.

Trump writes to Thaçi and Vučić, urges them to “capitalize on unique opportunity”

Vučić: United States show their interest, but we are far from solution