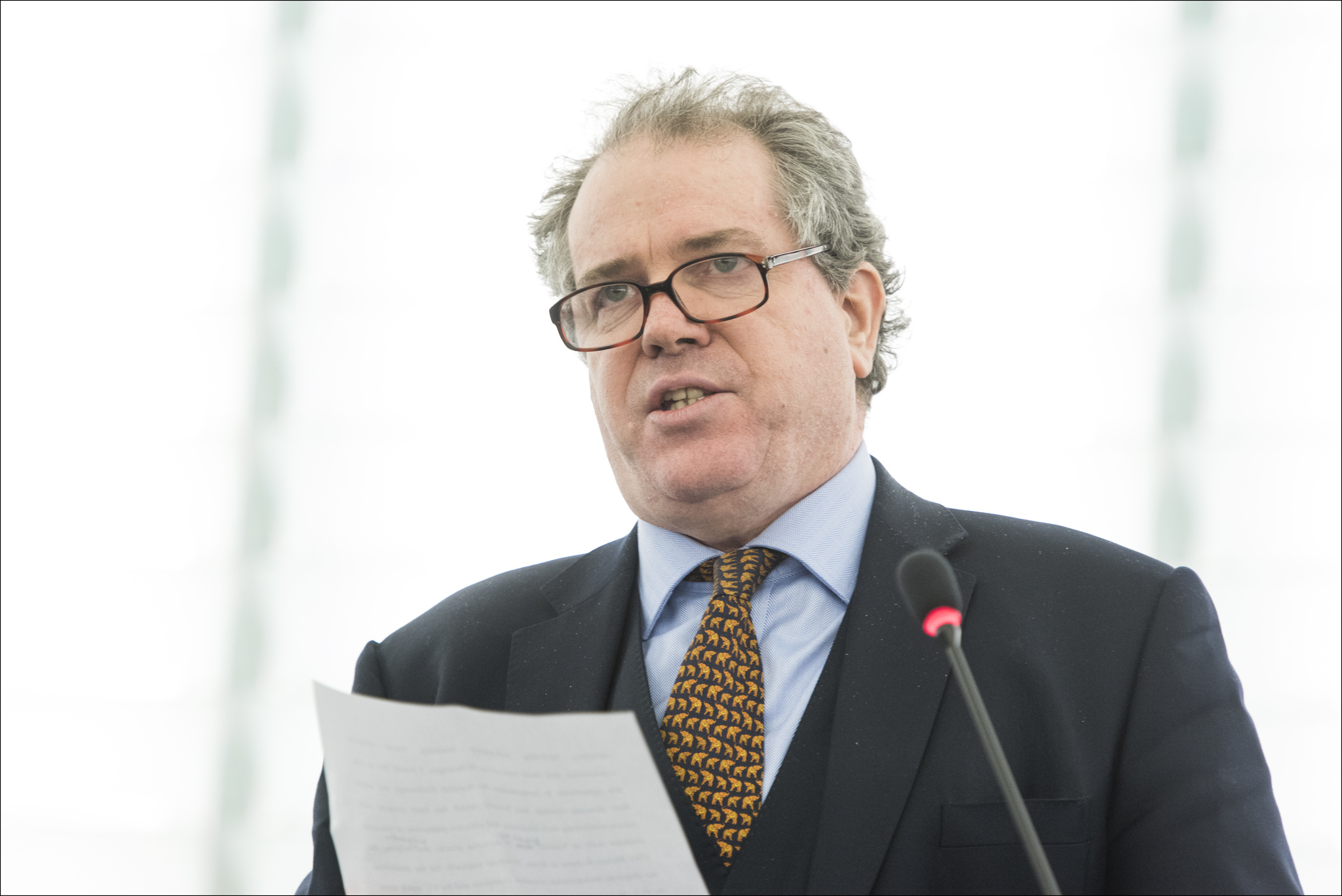 Interview with Charles Tannock, member of the European Parliament and retiring Rapporteur for Montenegro.

European Western Balkans: During the recent plenary debate on European Parliament Resolutions, you stated that, throughout your tenure as a Rapporteur, Montenegro had been a good news story form the Balkans. Considering serious problems faced by other countries, has the bar for that assessment maybe been set too low?

Charles Tannock: Of course we can be sceptical when looking around the region but these are all fully accepted EU candidate countries and potential candidate countries, each with their own strong proponents for eventual EU accession and although the bar is higher than in previous waves of enlargement it cannot be set impossibly high as post-EU membership reform and peer pressure still carries on successfully as we have seen applied in countries like Poland and Hungary carries on. I would concede that Turkey does perhaps not fit the model given its current politics. Aside from comparisons, Montenegro has much to its credit as a small country with limited administrative resources opened 31 of the 35 chapters with 3 already provisionally closed.

EWB: When you compare the situation in Montenegro at the beginning of your tenure with the present one, where do you see most improvement? Can you pick out a single biggest achievement?

CT: There is no doubt that Montenegro has proved itself a strong Western ally. A member of NATO as of last year in spite of huge attempts by a large country trying to stop this happening. To its credit, it has for many years fully complied with the CFSP, including the sanctions regime against Russia. In terms of domestic policy, I think the efforts in overhauling the functioning of the judiciary in Montenegro has been a big change and will lay the seeds for bigger  improvements in the fight against corruption and organised crime in the future. The successful foiling of an attempted coup d’état also shows the robustness of the state institutions.

EWB: What are the issues that have repeated themselves the most in your reports?

CT: Tackling organised crime and corruption have been the big two featured in every report since I took over in 2009. Improvements have been seen but clearly more needs to be done and this is an ongoing issue. Sad to say, in recent years freedom of the media has emerged as a consistent third topic. This partly reflects the picture across the region, and dare I say, throughout the world, but this cannot shield Montenegro from all criticisms. Attacks and intimidation of journalists is a real problem and a long term settlement of the management of RTCG needs to be found to ease wider political tensions.

EWB: As one of the EU officials that has been dealing with Western Balkans for the longest time, would you say that the Union’s efforts in the region have been fruitful? Have the invested resources brought to expected results?

CT: Well I think firstly I should clarify that I’m not an employed EU official or civil servant functionary and my role as an elected MEP is somewhat different and more independent. For what it’s worth I remain very positive about the EU’s engagement in the Western Balkans and enlargement strategy. This, however, somewhat misses the point in seeing it as an option or a choice. The Western Balkan countries have each expressed a desire to join the EU and the Thessaloniki Declaration made their right under Article 49 as European countries to EU membership very clear. The EU is and will remain a stabilizing force in the region and its engagement is essential as the glue which anchors all mainstream political forces in their common  desire to join Euroatlantic structures and carry on with the needed reform agenda.

EWB: Brexit has emboldened some Western Balkans Eurosceptics. Your position on how the British government has dealt with the whole issue is well known, but what do you think the EU can do to re-establish its appeal among the candidate countries?

CT: I cannot comment in detail on euro-sceptic movements across the region but if I take the examples in Montenegro I am not convinced that Brexit which has been a shambles and a destructive and divisive process has emboldened them. The political forces in Montenegro that are against EU integration have existed for many years and have broadly taken this position vis-a-vis their position regarding where they stood opposing independence for Montenegro in 2006. I don’t believe that the Brexit narrative, beyond mere signposting, is comparable with any of the anti-EU forces in the Western Balkans in a meaningful way – the history and ideological/intellectual undercurrents that motivates them are just too far removed.

EWB: In your opinion, what will the relations between the post-Brexit UK and the EU and Western Balkans look like? What is your best-case scenario?

CT: My view on Brexit is very clear. I am deeply saddened by it and regard it as a selfish and destructive act against the world’s greatest peace, prosperity and security project I am sceptical as to how engaged the UK can continue to be in the Western Balkans post Brexit but obviously I remain hopeful. Economic ties are scare, historical links are limited, and engagement beyond the political level remains weak.

That being said, the UK Government has expressed a strong desire to remain engaged, somewhat bizarrely supporting the EU enlargement agenda, and seeking to offer support. It’s hosting this year of the Berlin Plus conference in London was intended to act as a sign of this. I see a role for the UK to offer support in implementing the acquis given its civil servants familiarity with the detail but I am not sure how much of an overt, political role can be found beyond supporting the reformist rule of law agenda direction set by the EU. Whatever transpires, I am convinced that any deviation between the policies of the UK and the EU regarding the Western Balkans would be highly damaging and must be avoided at all costs.