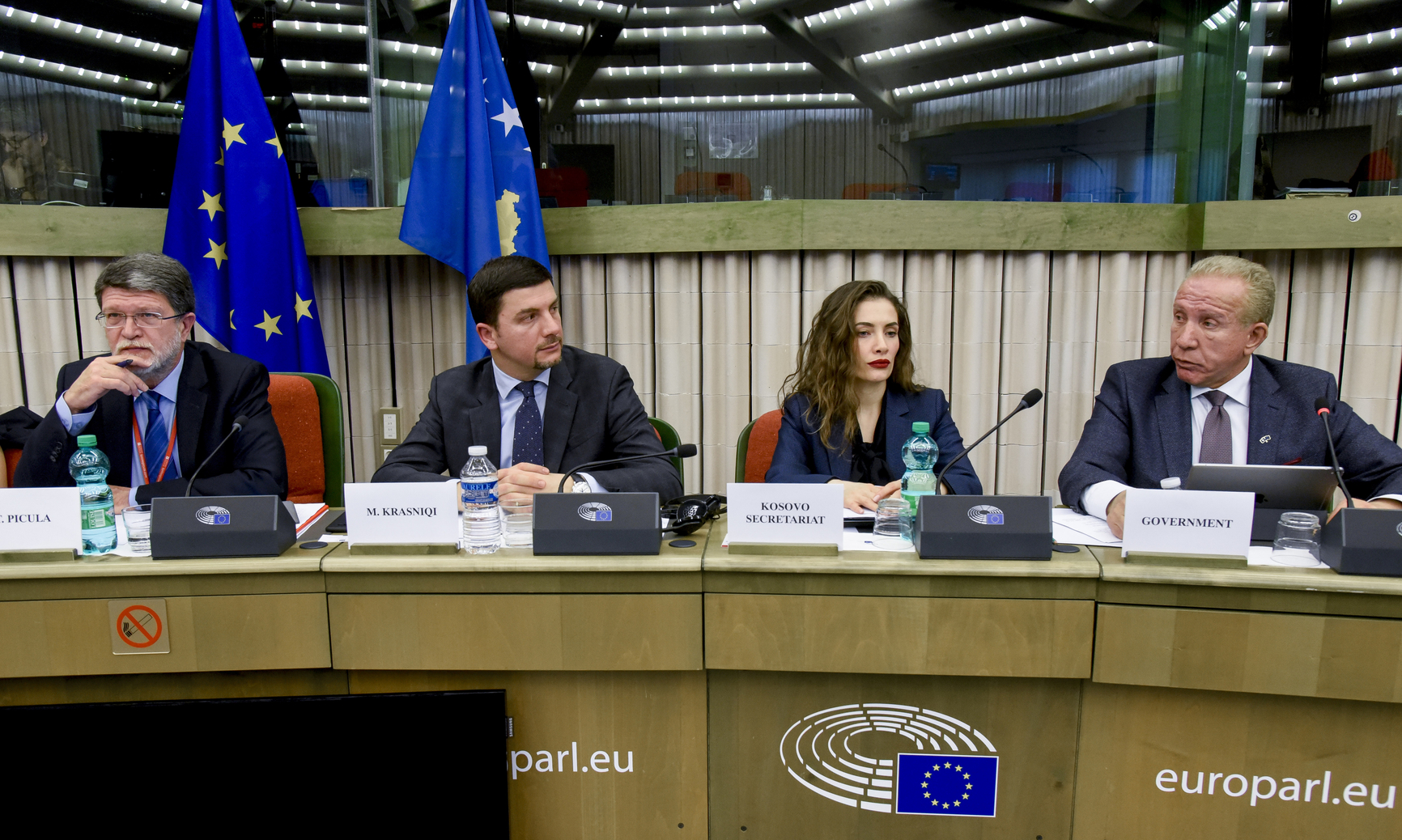 After the European Commission confirmed that Kosovo had fulfilled all required benchmarks for visa liberalisaiton on 18 July this year, it seemed that the process launched in 2012 will soon come to an end. Indeed, on 13 September, the European Parliament approved the proposal to amend the regulation listing countries and territories whose nationals are required to be in possession of visa when crossing the external border with 420 to 186 votes.

However, the ball has since remained in the court of the Council of the European Union, that is to interior ministers of each member state. Despite repeatedly expressed expectations of Kosovo’s officials, the decision has not been made so far, and there are no signs the situation will change in the near future.

What is holding Kosovo back from joining all other coutries of the region, which saw their visas being lifted by 2010? How was the apparent momentum lost, first by the reservations expressed by Austrian Chancellor Sebastian Kurz, and then EU Commissioner Hahn’s statement that the liberalization should not be expected before 2020?

“All benchmarks have been fulfilled”

Asked by European Western Balkans to comment on Commissioner Hahn’s statement, European External Action Service (EEAS) reiterated that, in its July report, the Commission confirmed that Kosovo has fulfilled all benchmarks of the Visa Liberalisation Roadmap, including the two previously outstanding requirements: ratification of the border demarcation agreement with Montenegro and strengthening the track record in the fight against organised crime and corruption.

“It is now for the European Parliament and the Council to move forward on the Commission’s proposal to lift visa requirements for Kosovo”, emphasised the EEAS Spokesperson.

This point has been further elaborated for our portal by Tanja Fajon, Member of the European Parliament from Slovenia and Rapporteur of the Committee on Civil Liberties, Justice and Home Affairs.

“I insist that the Member States apply the same standard to Kosovo, as they have in other cases in the last few years such as Ukraine and Georgia. Once the conditions are met, we have to deliver. If this principle is now put under question, we lose our credibility”, stated Fajon in November.

At the same time, she pointed out that Kosovo needs to continue to comply with the necessary conditions. “What we need to see now is that Kosovo is ready for the abolishing of visas in practice and that people are aware of the limitations that visa free travel brings”, stressed Fajon.

According to the Commission’s July Report, Kosovo has indeed achieved significant progress in this regard. Asylum applications from Kosovo citizens coming to the EU decreased significantly, by 36% from 11,675 in 2016 to 7,410 in 2017 and by 90% when compared to 2015. The Report also highlighted “further comprehensive awareness raising campaigns across all Kosovo municipalities aiming at informing citizens about the rights and obligations deriving from visa-free travel“.

However, even though this has proven to be sufficient for European officials, the idea of visa liberalisation seems to still be highly unpopular among some national governments.

“We sent a strong signal to Kosovo and to the EU governments that citizens now deserve to travel freely. I warned at many occasions that the ball is now in the hands of EU governments. I urged them to deliver during the Austrian Presidency of the Council and we will continue to put the pressure on the EU governments”, stated Fajon.

The fact that the still fresh memory of the great migration crisis plays a crucial role in delaying Kosovo’s visa liberalisation has been stressed by Donika Emini, researcher at the Kosovar Centre for Security Studies (KCSS) and Zoran Nechev, head of the Centre for EU integration at the Institute for Democracy ‘Societas Civilis’ and member of the Balkans in Europe Policy Advisory Group (BiEPAG), in their text for Euractiv published this October.

„The fear of a potential massive emigration from Kosovo to a Europe that is still recovering from a wave of migration in late 2014 and 2015 exists and might be misused or used extensively by populist parties“, wrote Emini and Nechev.

As a couterargument, they also highligted the decrease in the number of asylum seekers, especially first-time ones, as well as the number of readmissions, which fell from 18,789 in 2015 to 4,509 in 2017.

This interpreatation of the developments has also been supported by Artan Murati, Senior Researcher at the Kosova Democratic Institute, in his more recent statement for EWB.

“When it comes to visa liberalisation, the most important issue for Kosovo is the stand of the most powerful countries in the EU towards potential troubles with asylum-seekers from Kosovo. There was a flux of Kosovars who wanted to leave the country in 2014 and 2015 and to seek asylum mainly in Germany, France and Netherlands”, explained Murati.

He added that these countries (and, according to Zëri, as many as ten others), have serious doubts whether Schengen liberalisation will be misused by Kosovo’s citizens.

The responsibility for these developments, according to Murati, is not solely owned by the European governments. In fact, the process of fulfilling visa liberalisation benchmarks took too much of a time to complete, which made the situation all the more complicated.

“Now the decision-making conditions are quite complicated at the EU, namely because of the final stage of Brexit negotiations and upcoming elections for European Parliament Therefore, Kosovo’s institutions need to step up and initiate different campaigns to raise awareness among citizens not to misuse the visa-free regime”, stated Murati.

Is normalisation of relations with Serbia an additional condition?

The fact that Commissioner Hahn’s statement about the year 2020 as a possible date for visa liberalisation came during his visit to Pristina following the imposition of 100% tariffs on goods from Serbia and Bosnia and Herzegovina may send an impression that Kosovo has been sanctioned for undermining the normalisation process, which has seen multiple setbacks this year.

However, the announcement of Austrian Chancellor Kurz that “Kosovo should be careful when it comes to the deadlines” came before the relations have once again been put under tensions, which shows that their normalisation is of a secondary importance to the European countries, at least when it comes to the issue of visa liberalisation.

Murati also does not believe that Serbia-Kosovo relations are of major importance in this area. “As for the process of Belgrade-Pristina dialogue, this is probably the most important process on Kosovo’s path towards EU, but not quite relevant for visa liberalisation”, he emphasised.

In the end, there are those who claim that, by pursuing this policy, EU has effectively given up on the most important leverage for incentivising Kosovo to make concessions to Serbia in the context of normalisation process. One of them is Tim Judah, British journalist and expert on the Balkans.

„I am not sure whether the decision on tariffs will be revoked soon, and why should it be? The thing that Kosovo wants from EU is visa liberalisation, but it seems that many countries are ready to veto it, so the EU does not have many instruments at its disposal“, stated Judah recently for Serbian daily „Danas“.

Even if the the lack of visa liberalisation has not significantly affected the normalisation process, the move has up until now been mostly met with criticism. Ms Fajon concludes her statement for our portal with a clear condemnation of EU’s conduct in the aftermath of Commissions and Parliaments approvals.

“It is unacceptable that some politicians try to further politicize the process, impose new conditions and thus delay the lifting of visas for Kosovar citizens. It is not fair that despite all the conditions have been met, the EU does not act”, she emphasises.