The text was origianlly published in Friedns of Europe’s publication “Hybrid and transnational threats”.

Disinformation and ‘fake news’ are nothing new – Yuval Noah Harari has even said that “Homo sapiens is a post-truth species, whose power depends on creating and believing fictions.” As they keep growing and spreading with unprecedented speed in social and mainstream media, they have attracted considerable attention and have become a great cause for concern. A recent study conducted at the Massachusetts Institute of Technology found that false information and rumours spread “significantly farther, faster, deeper, and more broadly than the truth“, and that it takes truth six times as long to reach 1,500 people as false content does.

Fake content and information is not just a concern for expert and policymakers, but also for citizens across Europe. A 2018 Eurobarometer survey brought to light the citizens’ rising concerns across the European Union, with over 85% of Europeans considering them a problem for democracy. And this is justified, given the immense consequences misleading information can have in vulnerable and unconsolidated democracies in particular. According to the 2018 Media Literacy Index, the Western Balkansand Turkey occupy the lowest ranks among the 35 European countries, with Serbia and Montenegro marking further deterioration in scores in comparison to previous years…

The results of the Regional Media Monitoring analysis in Bosnia and Herzegovina, Montenegro, Macedonia and Serbia conducted by CRTA confirm this finding: a considerable percentage of news published in these four Western Balkan countries lack clear sources and citations and feature biased reporting, which are typical characteristics for disinformation and ‘fake news’. The results revealed that one third of news and media reports in Serbia are without sources (i.e. with unknown authors), which mostly convey pro-Russian and antiEuropean or anti-American tones, while almost a half of pieces in Macedonia contain unnamed sources.

Media pieces and articles that lack sources or contain quotes from unnamed sources are particularly dangerous when they are focusing on topics related to politics or international affairs. For instance, media reporting in Serbia is predominantly positive towards Russia and predominantly neutral when it comes to the EU. Through this type of disinformation, the public opinion can be effectively influenced. CRTA’s media monitoring of foreign relations in Serbia in 2017 demonstrates that politics and military affairs are the most frequent topics of articles featuring pro-Russian and anti-US discourse and that the majority of articles potentially containing fake news feature some kind of antiWestern position. In Serbia, Russia is often perceived to be one of the main supporters while only less than a quarter of citizens recognise the EU among country’s biggest donors, although in reality it is the EU that provides the most support, closely followed by the United States and several individual European countries such as Germany and Sweden. Russia’s public image in Serbia is also shaped by the regional editorial office of Russian state-owned news agency Sputnik, located in Belgrade, the influence of which should not be underestimated given its rich radio programme, free content and online presence. This type of one-sided reporting is unfortunately gaining considerable influence in shaping the public opinion.

Information provides the basis for an individual’s understanding of reality, thus making it one of the essential elements of a functioning democracy. Media’s role is crucial: citizens rely on information obtained through media channels in shaping their perceptions, positions and voting preferences, and it keeps the governments and elected representatives accountable for their promises and actions. Unfortunately, this crucial element of the democratic system is also increasingly fragile and needs to be protected. In addition to polarising societies and increasing the mistrust towards democratic institutions and stakeholder groups, disinformation contributes to the overall decay of trust.

In order to counter disinformation, numerous countries are experimenting in developing a comprehensive strategic approach. Government task forces are being formed, new regulations are being debated and new initiatives by tech companies are being launched. However, a comprehensive solution cannot be achieved without long-term support to fact-based, reliable media – combined with efficient and reliable fact-checking initiatives – and systemic support in raising media literacy of citizens through tailored training, particularly that of the younger generations. Educating citizens, empowering them to recognise fake news and rebuilding their trust in people, politicians, society and democratic systems is the key for getting ahead in building resilience to disinformation. 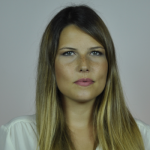 Tara Tepavac is a political scientist specializing in international relations. Since 2018, she has been a Senior Researcher at the Centre for Research, Transparency and Accountability (CRTA).