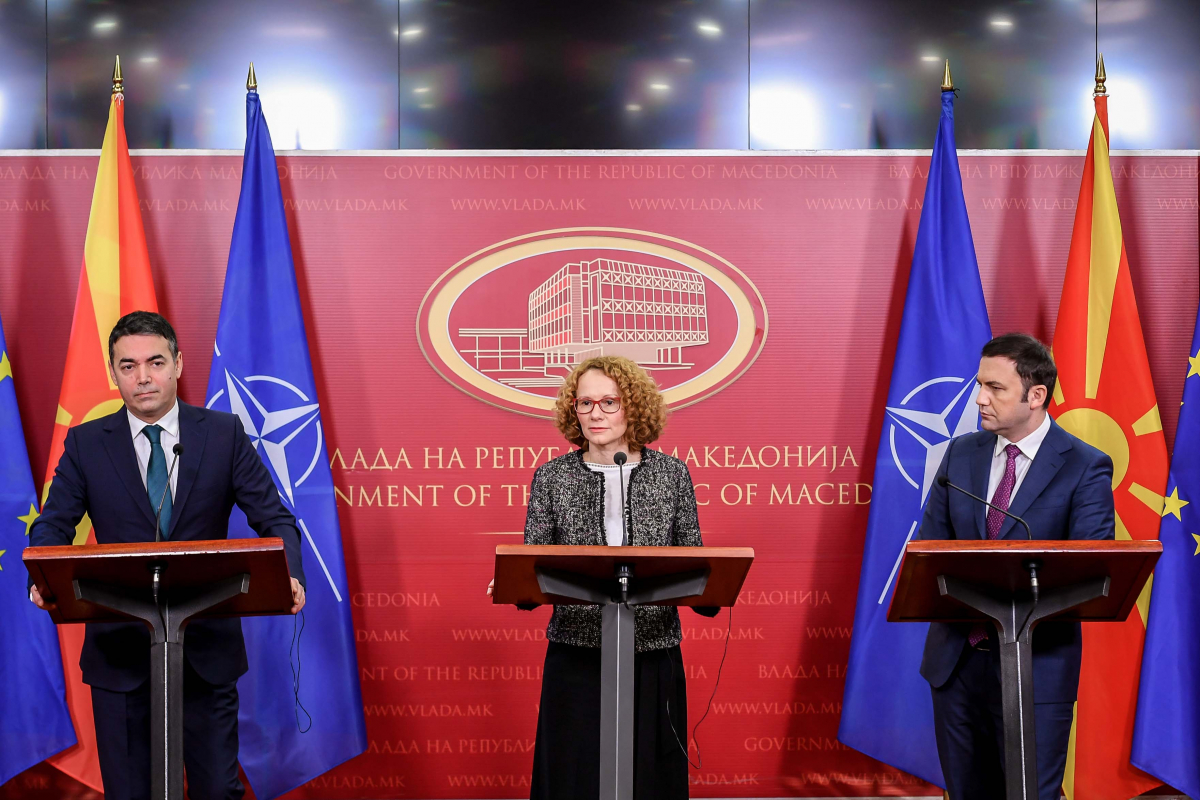 “In the span of one year, we have made progress which offers possibilities for Macedonia and our citizens, we’ve made changes recognized by the whole world. The previous year wasn’t easy, but we made an achievement and secured a place for Macedonia in NATO”, said Šekerinska.

“NATO membership, which is now certain, is the strongest guarantee for stability, security, non-volatility of the borders, for maintaining territorial integrity of Macedonia”, she emphasised, adding that the economic benefits in terms of new investments and new working places will also be felt.

Minister Osmani highlighted the importance of solving this decade-long dispute for beginning of the EU accession negotiations of Macedonia.

“The success of the resolution of bilateral disputes between Macedonia and Greece, the success of Prespa Agreement, represents an example for other Western Balkan countries of how to build good neighbourly relations and close open questions through compromises, talks and a positive approach”, he stated.

He concluded with a call for internal unity, without which there is no external reconciliation and integration.

“We have proven that in our part of Southeastern Europe we can implement European values”, emphasised Minister Dimitrov, reminding that the EU itself also came to existence through tackling decade-long problems.

“We have solved the biggest foreign policy problem that has burdened us since our independence. We have opened the doors towards the future, taken responsibility, completed our statehood, protected our identity and secured safe future for our future generations”, he stated.