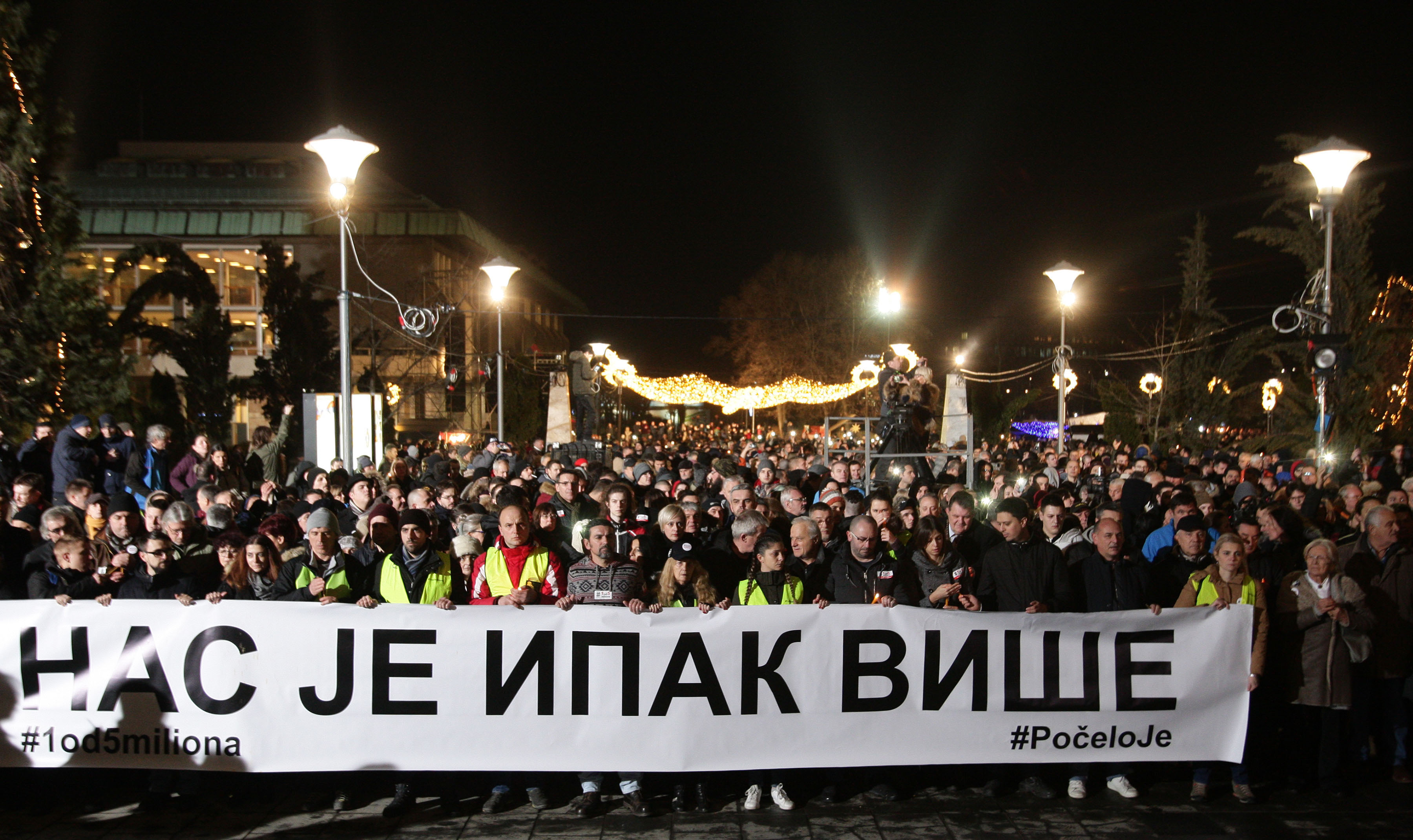 BELGRADE – The Serbian capital witnessed one of the largest protests in recent weeks on Wednesday, 16 January, when according to the organizers more than ten thousand people gathered to commemorate the murder of Oliver Ivanović, a Serbian politician from northern Kosovo, which had taken place one year earlier.

Ivanović was shot in the back several times in front of his party’s offices in Kosovska Mitrovica in the early hours of 16 January 2018. He was one of the most prominent Serbian politicians in Kosovo following the 1998-1999 war, and in opposition to the Serbian List, the main party of the Serbian community in Kosovo. Neither his assassins nor those ordering the act have been found.

Even though the Serbian government vowed not to continue with the dialogue with Pristina until the culprits were found in the wake of the murder, the process was resumed several weeks later. The topic has since been rarely brought up by the highest officials.

In November 2018, Kosovo police entered Mitrovica and arrested several persons in relation to the murder. Milan Radoičić, Serbian List’s vice president and businessmen who has been charged, though not convicted, for criminal offences in the past, fled from Kosovo to Serbia to avoid being arrested himself. President of Serbia Aleksandar Vučić personally defended Radoičić, saying that he was not guilty for the act.

One of the principal demands of the anti-government protests which have taken place every Saturday for the past six weeks has been the uncovering of those responsible for the murder. The protests were originally sparked by the beating of an opposition politician in the city of Kruševac and have since evolved to the wider expression of dissatisfaction with various aspects of governments work, such as the lack of media freedom and unfair election practices.

Head of the EU Delegation to Serbia Sem Fabrizi wrote yesterday on Twitter that the EU also expects the culprits to be found and brought to justice.

The protesters were carrying the banner titled “In the end, we are the majority”, which is one of the quotes by late Ivanović. They were addressed by the actor Branislav Trifunović, one of the organisers of the weekly protests.

“A year later, we still do not know neither who killed him, neither who said ‘take him down’. We have only heard who didn’t do it. Dear Ivanović family, dear citizens and friend, today we will walk to the Temple [of Saint Sava in the Vračar city quarter] in the honor of Oliver Ivanović, a man […] who fought for peace and co-existence of Serbs and Albanians in Kosovo and Metohija until the end of his life”, said Trifunović.

Upon arriving to the Saint Sava church, the protesters were unable to light their candles for Ivanović, since the church’s main doors were uncharacteristically locked. Earlier that day, President Vučić and other high state officials payed tribute to Ivanović inside the same church.