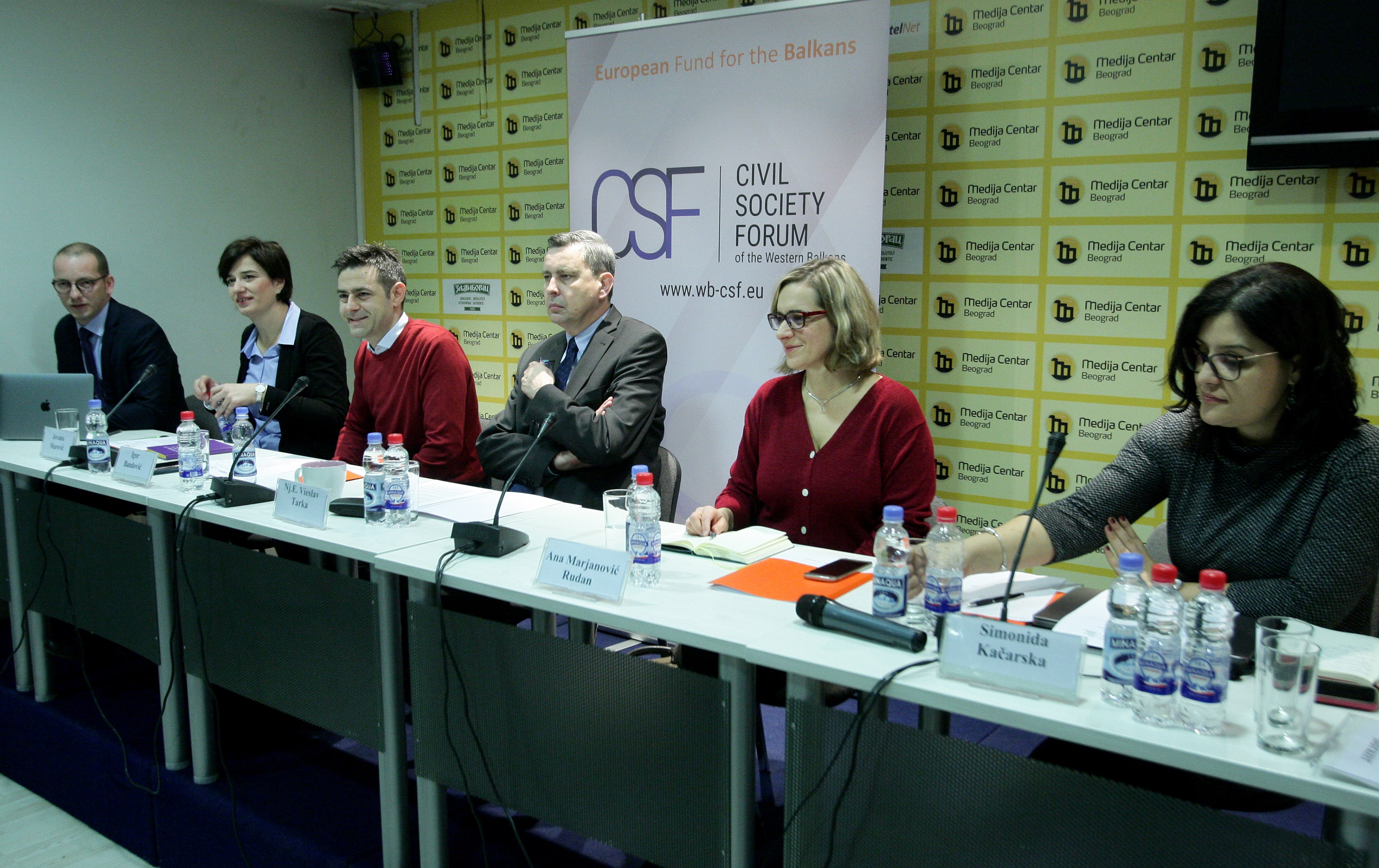 BELGRADE – The key topics of the Summit between EU and Western Balkan officials, which will take place in the Polish city of Poznań on 4 and 5 July, will be economy, connectivity, civil society with a focus on youth and culture, and security, stated a representative of Polish Ministry of Foreign Affairs and Summit’s coordinator Wieslaw Tarka today in Belgrade.

Tarka was one of the participants of a roundtable discussion “The Berlin Process continues: What to expect from Poznań?”, organised by the European Fund for the Balkans and portal European Western Balkans. The aim of the discussion was to evaluate the achievements of the Berlin Process, launched in 2014 by the German Chancellor Angela Merkel, as well as to tackle future expectations.

On 4 July, Summit will gather ministers of foreign affairs, interior and economy, and the leaders of the Western Balkans will meet on the following day, Tarka announced. According to him, Berlin Process is not an alternative to the enlargement, but rather a complementary to the policy of the European Commission, which contributes to the European path of the region.

“Poznań Summit is taking place shortly after the elections to the European Parliament, and this will be an opportunity to send a strong signal that a direction of positive dynamic presented by the President of the European Commission Jean-Claude Juncker should continue”, said Tarka.

He added that the Summit will be based on bilateral issues, with the simultaneous focus on the future of Europe and perspectives in the light of possible changes in Europe and their possible influences on processes, said Tarka, a former Ambassador to Croatia.

Introductory remarks were delivered by Igor Bandović, Senior Programme Manager of the European Fund for the Balkans. He emphasised that the civil society in the region has matured in the five years since the launch of the Berlin Process. It has learned how to approach decision makers, and this is a process that could be of great benefit to both actors.

“Berlin Process has started as a compensation for the lack of the will for the enlargement, but it is now a two-way process and functions as a good complement to the accession”, Bandović said.

Ana Marjanović Rudan, Programme Advisor for the European Fund for the Balkans, announced that the Civil Society Forum of the Western Balkans will again publish a series of policy briefs in the context of the Summit.

She emphasised that, if the Berlin Process is to be more efficient, leaders of the Western Balkans need to have more initiative and vision.

“Over the years, the message of the Berlin Process has been clear – connecting the region within itself and to the European Union”, Marjanović Rudan stated.

Simonida Kacarska, Director of the European Political Institute from Skopje, assessed that the connectivity, as one of the four key topics of the Summit, could motivate the countries such as Greece, Bulgaria and Hungary to cooperate with the Region of the Western Balkans.

She also reflected on the areas of rule of law and democratic backsliding, which has not been tackled within the process. “Given that democratic governance has not been included in the Berlin Process, a lot of challenges connected with implementing what was agreed showed that the rule of law is necessary”, she underlined.

Kacarska also stressed the need the inclusion of many aspects of the Berlin Process into the European Commission’s Credible Enlargement Strategy of 2018 as one of its greatest achievements, alongside the empowerment of civil society. However, national parliaments should get a more prominent role, she concluded.

Shpend Emini, Executive Director of the Democracy for Development Institute in Pristina, focused on economic cooperation and connectivity as the two major aspects of the Berlin Process. He reminded that economic integration of the region that numbers 20 million citizens is a necessity for job creation.

“The lack of rule of law is discouraging potential investors. The investments in the region are still low – about 23% of GDP”, reminded Emini, adding that bilateral disputes, lack of freedom of movement, non-recognition of Kosovo by Serbia and BiH, as well as Kosovo’s tariffs, all hamper the implementation of the Multiannual Action Plan of the Regional Economic Area.

He expects of the Regional Youth Cooperation Office, which was founded in the context of the Berlin Process, to further contribute to cooperation and connecting of young people in the region, which is still low, especially between Kosovo and Serbia

Jovana Marović, Executive Director of the Politikon Network from Montenegro, stated that the rule of law should not only be a priority of Poznan Summit, but also a goal of the entire Berlin Process. According to her, it is one of the three main pillars of the Western Balkan countries’ accession process, the other two being bilateral relations and the willingness of the EU itself.

She also emphasised that the Civil Society Forum, which is also announced for the 4 of July, should not be a side event, but an integral part of the Summit.

In order to improve the Berlin Process, more detailed commitments of the regional leaders are needed, alongside follow-up activities and monitoring mechanisms that would prevent the process from becoming a series of general promises without robust implementation.

Poznań Summit to take place on 4 and 5 July