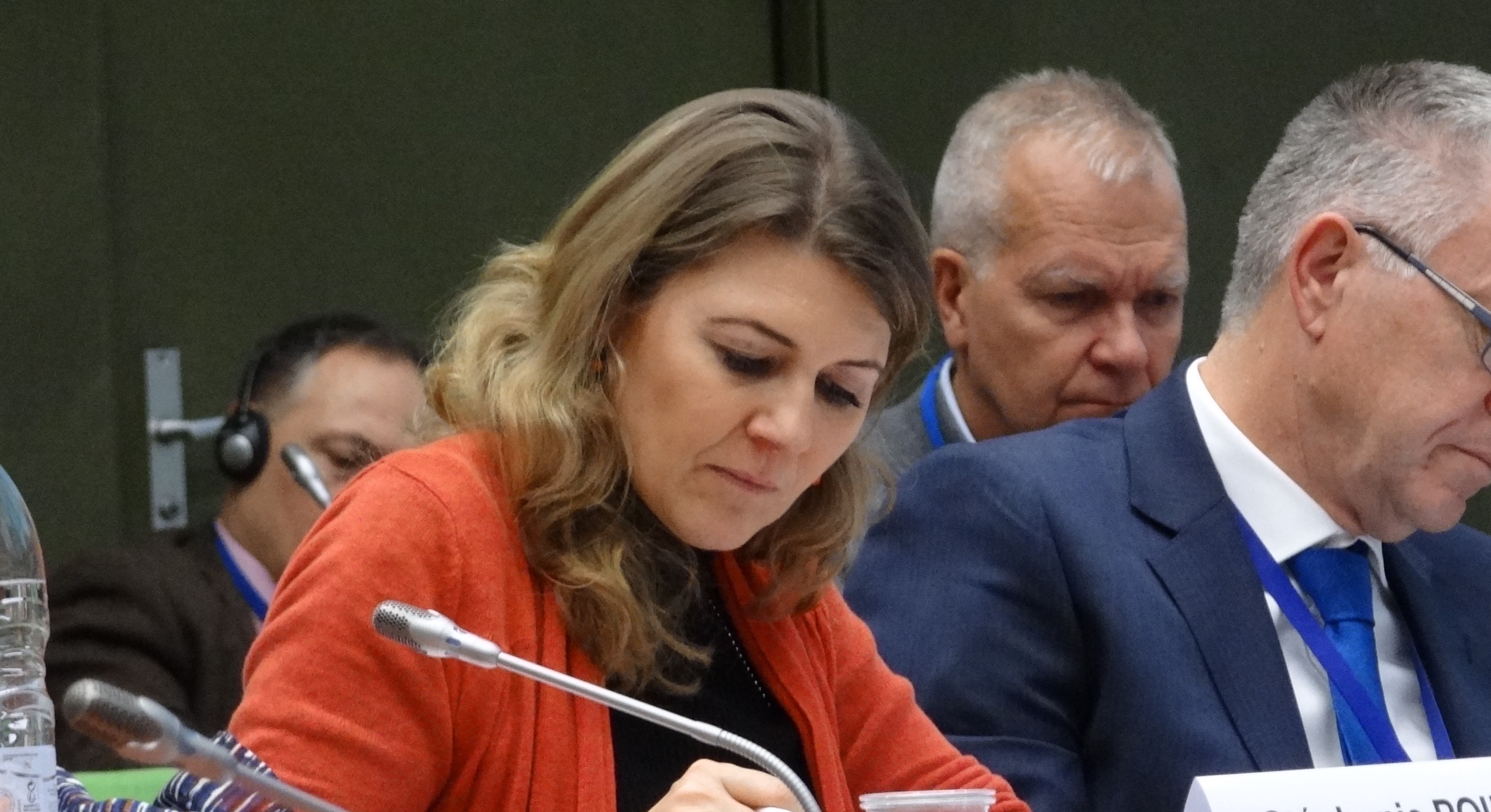 European Western Balkans: Should the fact that the Congress of Local and Regional Authorities in Europe is holding its working session in Belgrade be regarded as a signal that the development of local democracy in Serbia is going in the wrong direction?

Holding a meeting in a country can be seen as a positive signal since it allows us to meet with the representatives of the state national authorities to exchange on the situation of local and regional democracy and possible ways of co-operation in this respect. The Monitoring Committee has previously met in a variety of countries, including Ukraine, Turkey, Greece, Portugal and France.

EWB: What is the Congress’s assessment of the state of democracy and the alleged pressure of central government in the municipalities in Serbia in which opposition parties are in power, such as Šabac and Paraćin? The mayor of Šabac, Nebojša Zelenović, talked about this on the Congress meeting last November.

SP: The Congress assessed the state of local and regional democracy in Serbia in 2017 following a monitoring visit carried out by the Congress rapporteurs (Lucia Kroon, the Netherlands (L, EPP/CCE) and Sören Schumacher, Germany (R, SOC). As in any other Council of Europe member state, in Serbia the rapporteurs noted some positive developments and singled out the areas where improvements are needed. For example, they welcomed the ratification by Serbia of the European Outline Convention on Transfrontier Co-operation between Territorial Communities or Authorities, of the Additional Protocol to the European Charter of Local Self-Government on the right to participate in the affairs of a local authority as well as a few other important legislative steps to modernise and strengthen local self-government.

However, the rapporteurs also pointed out to the temporary ban on local staff recruitment, the possibility of dismissal of local government assemblies and the lack of local financial resources.  They underlined the need to continue efforts aimed at fighting corruption, including at local level and further implement the Public Administration Reform Strategy and decentralisation in law and in practice, among other recommendations.

The Congress is following closely the situation with local elected representatives belonging to the opposition parties in Serbia.

In general the issue of relationship between ruling party and opposition in local councils concerns many countries, that is why it is given strong focus in the Congress agenda.

On a more general note, when any allegations of undue pressures are brought to the Congress’ attention, it raises this issue with the central authorities and underlines that the only workable means to solve conflicts is through a constructive and peaceful political dialogue conducted between all the sides concerned in full respect of the European Charter of local self-government and human rights. We follow the same policy in Serbia.

Ultimately, the Congress believes that the goal of all the parties is the same, ensuring a brighter and democratic future for citizens, and no efforts should be spared to achieve it.

EWB: What are the competences of the Congress of the Local and Regional Authorities when it comes to local self-government in Serbia? Has the cooperation with the country been satisfactory since its inception?

There are multiple dimensions to how the Congress co-operates with the states to help them in achieving fuller compliance with the European standards of local self-government enshrined in the European Charter of Local Self‑Government.

In short, the Congress assesses the application of the Charter in the 47 Council of Europe member States through monitoring, observes local and regional elections, engages in a post-monitoring dialogue with the interested states and implements co-operation activities aimed at strengthening local and regional self-government.

The co-operation between the Congress and Serbia has indeed been satisfactory. You can see it from the dynamics of high- level meetings between the leadership of the Congress and Serbian authorities. Before the monitoring visit in 2017 the Congress President Ms Gudrun Mosler-Törnström paid an official visit to Serbia and met Ms Ana Brnabić, then Minister of Public Administration and Local Self-Government of the Republic of Serbia. In 2017 the Congress adopted a recommendation on local and regional democracy in Serbia.  The Monitoring Committee is now meeting in Belgrade. And the Congress wishes to pursue the long-standing political dialogue with the Serbian authorities, perhaps in the framework of a post-monitoring, to ensure the implementation of the Congress recommendations.

EWB: There is a general impression that, ever since Serbia’s democratization process began, the politics in the local self-governments has been heavily influenced by the central government. Is this situation comparable to the countries with similar experience? What can be done to ensure swifter development of the local democracy?

SP: We should remember that local and national politics are always interrelated and inter-dependent in any country. What differs across the countries is probably the degree of centralisation and the strength and efficiency of local decision-making powers. Some states are historically more centralised, others have more strongly rooted traditions of local democracy. However, the search of the right balance between powers and interests of different levels of government is intrinsic to every state, this balance being often fragile and dependant on emerging challenges and a great variety of other factors. This being said, in no country national and sub-national governments can function totally independently.

What the Congress is advocating for is a multi-level governance and a more bottom-up approach in decision making processes. This implies that the central state should consider local self-government as a partner. This also implies that the government implements the principles established in the Charter and more specifically the Congress monitoring recommendations.

EWB: There is a significant number of municipalities in Serbia in which minority ethnic groups constitute a large percentage of population. The Congress has positively assessed the level of their rights in its most recent report. Is Serbia still on a positive track-record when it comes to this area?

SP: If you ask about the general assessment of the rights of people belonging to national minorities in Serbia I should probably refer you to the conclusions of the Council of Europe expert bodies which monitor the implementation of the Framework Convention for the Protection of National Minorities and the European Charter for Regional or Minority Languages in Council of Europe member-states to which Serbia is a party.

However, during the latest monitoring visit in 2017 the Congress rapporteurs indeed positively noted in terms of citizens’ participation in local self-government the responses of some local and provincial authorities to the specific needs of a culturally diverse population and the use of minority languages, notably in the Autonomous Province of Vojvodina with its more than 26 ethnic groups and six official languages.

Let’s not forget however that every monitoring is a snapshot of the situation taken at a specific moment. Since we have received no complaints from Serbia on the involvement of national minorities in public affairs at local level so far, we take it as a positive signal. The Congress hopes that good models of participation of national minorities in public decision-making at local and provincial level will be replicated and the next monitoring of Serbia in five years will assess the situation positively.

All 29 Permanent NATO Representatives sign the Accession Protocol with Skopje

EP: Pre-accession assistance should be suspended if democracy and rule of law are not respected

Council conclusions on Enlargement and Stabilisation and Association Process