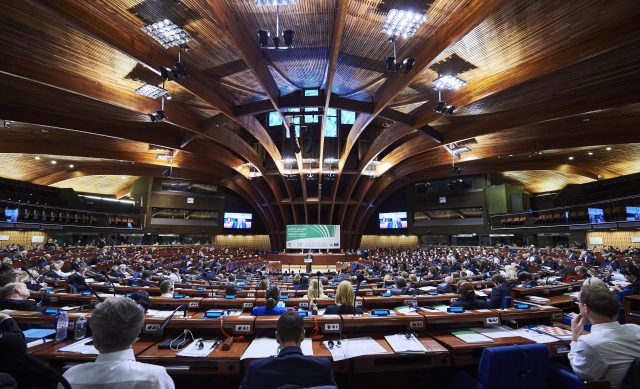 Official press release of the Congress for Local and Regional Authorities. Read our interview with Stéphanie Poirel, Secretary of the Congress’s monitoring committee.

BELGRADE – The Monitoring Committee of the Congress of Local and Regional Authorities met in Belgrade, on 7 February 2019, on the invitation of Saša Paunović, mayor of Paraćin. On this occasion, the Chair of the Monitoring Committee of the Congress, Leen Verbeek together with the Congress rapporteurs on local and regional democracy in Serbia, Lucia Kroon (Netherlands) and Sören Schumacher (Germany), met with Branko Ružić, Minister of Public Administration and Local Self-Government of the Republic of Serbia.

They discussed the situation of local and regional democracy in the country and the state of implementation of the Recommendation adopted by the Congress in October 2017.

Leen Verbeek commended the ratification by Serbia of the Additional protocol to the European Charter of Local Self-Government, which was part of the Congress recommendations. He underlined the importance of further adoption of measures aimed at implementing all the Congress recommendations. The Chair also pointed out to the need to improve the relationships with the opposition at local level.

The Minister emphasized that the Public Administration reform is among the government’s priorities. He added that the proper functioning of municipalities is crucial for the government and that citizens need to be better involved in policy making.

The Chair welcomed the Minister’s readiness to consider a possibility of engaging in a post-monitoring dialogue with the Congress to work together to ensure the implementation of the 2017 Congress Recommendation. This would be another step to strengthen co-operation between the Government of Serbia and the Congress in the area of local and regional self-government.

Baerbock in Sarajevo: We will only support those who strengthen BiH