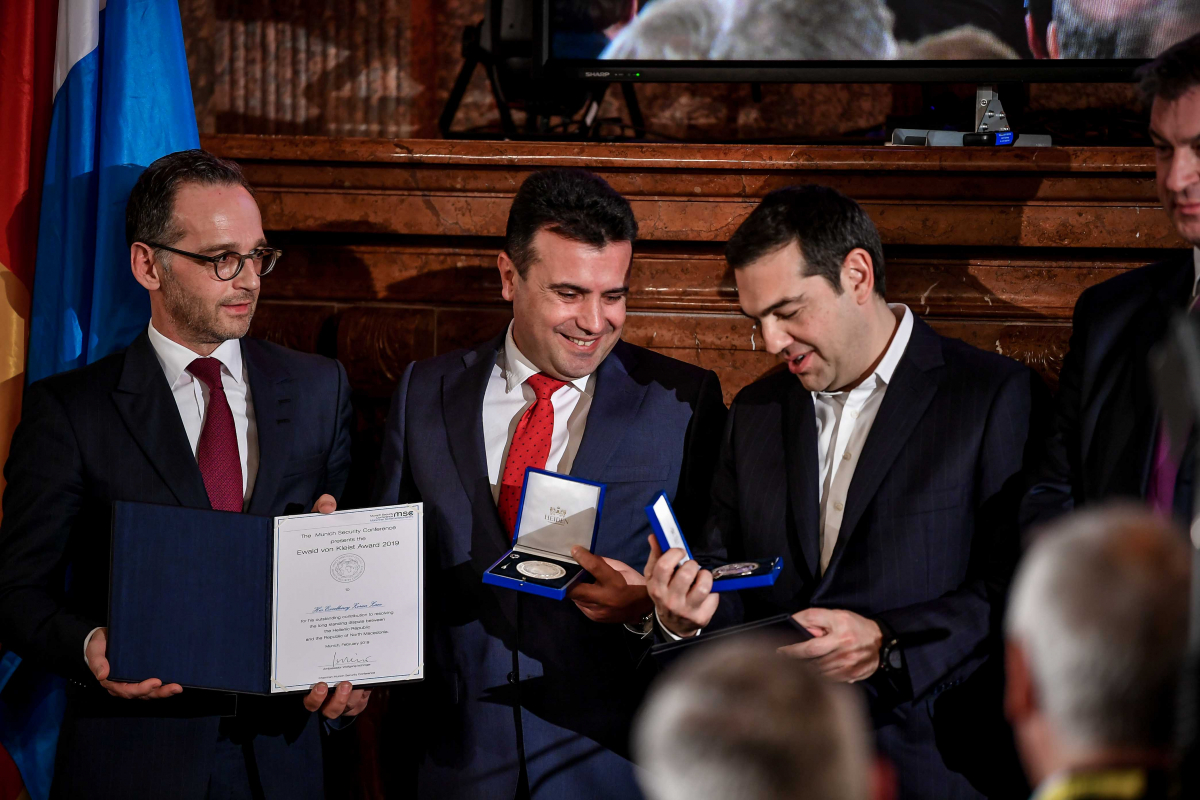 MUNICH – Prime Minister of North Macedonia Zoran Zaev and his Greek counterpart Alexis Tsipras are this year’s recipients of the “Ewald von Kleist” Award, which is awarded by the Munich Security Conference.

Aiming to honor leading figures in security policy that have made an outstanding contribution to international peace and conflict management, the MSC inaugurated the Ewald von Kleist Award in 2009. It was named after the Conference’s founder and convener from 1963 to 1998. Some of the laureates include Henry Kissinger, Javier Solana, Helmut Schmidt and Valéry Giscard d’Estaing and John McCain.

The two Prime Ministers were presented with the Award on Saturday by German Foreign Minister Heiko Maas, who emphasised in his address that the current heads of governments of North Macedonia and Greece have achieved something that had been elusive to their predecessors for almost 30 years, and that “Ewald von Kleist” Award can not have more deserved laureates than Zaev and Tsipras.

In his address, Zaev stressed that the resolution of a dispute between two countries of Europe and the Balkans shows that the region is a new place for hope, dialogue and unity, a place for stability and cooperation. He dedicated the award to the young people of the Balkans.

Prime Minister Tsipras stated that the agreement between Greece and North Macedonia is a foundation for the common future of the citizens of the two countries as allies and member states of NATO and the EU.

The two Prime Ministers also participated on a panel discussion dedicated to the future of the Balkans on Saturday.

Zvizdić: I expect that BiH will become an EU candidate in 2019