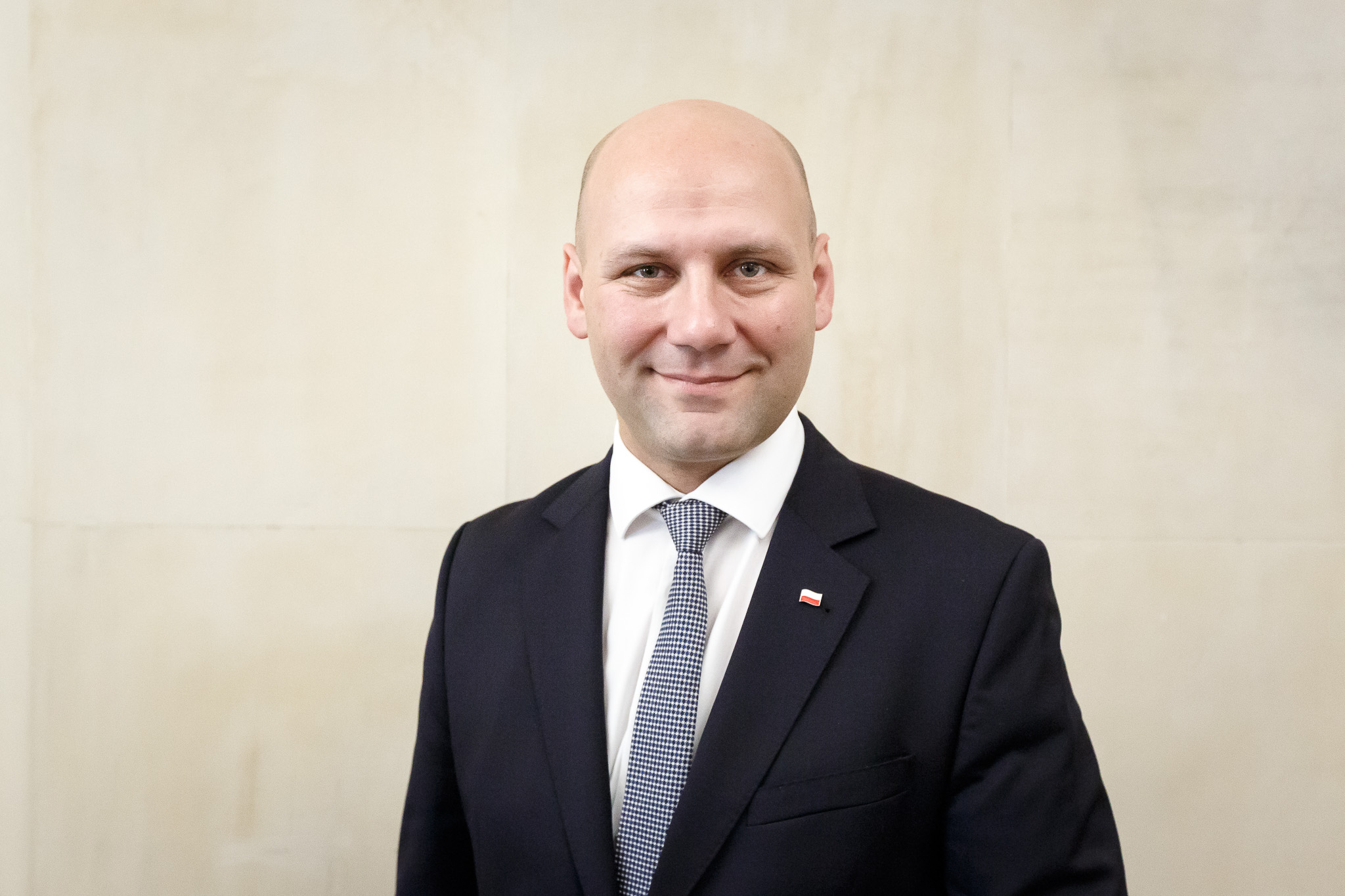 Photo: Ministry of Foreign Affairs of the Republic of Poland

European Western Balkans: First of all, can you tell us more about plans for the Summit in Poznań? What will be the main topics of the Summit?

Szynkowski vel Sęk: After my consultations with all Western Balkan counterparts and civil society representatives in September and November 2018, outlined and recapitulated at the conference on  December 3, 2018 in Poznań, we have finalised Polish Presidency Programme for this year to be based on four pillars: economy, connectivity, civil society (encompassing youth, culture and bilateral issues), and security.

Western Balkans Summit in Poznań will take place on 4-5 July. Leaders will meet on 5 July to focus on economy and connectivity. On the preceding day we plan to hold three ministerial formats – meetings of Economy, Interior/Security, and Foreign Ministers. We are working at the agenda of these events.

Another component of the Summit is the civil society, youth and business engagement.

Economy is at the heart of our programme. For this reason, on  July 4, the EU-WB Business Forum will be organised to provide networking space for entrepreneurs and a platform for business, officials and civil society where they can meet by means of open discussion panels.

The civil society, think-tanks and youth are important in our programme as well. Their representatives are going to meet on 3 and 4 July, having an opportunity to interact with both officials and business.

What I would like to stress is that the Polish Presidency is not limited to the Summit only. We will hold many seminars and conferences throughout the year, where one of the most prominent examples is the Forum of Cities and Region in Rzeszów. We will involve other ministries as well e.g. Ministry of Education plans a youth conference on digital issues and innovation.

EWB: What can Western Balkans countries learn from the Polish experience when it comes to European integration?

SvS: First of all, during our transformation from a communist system to a functioning market economy and democracy we have implemented many challenging reforms. There are best practices and lessons learnt that we are willing to share with the Western Balkans. Our example clearly shows that accession is a difficult process, but it is worth all the efforts – Poland has achieved an immense success in the past 30 years, and the EU accession was pivotal part of it. We include pre-accession experience in our Berlin Process Presidency programme both at political level (in the agenda of ministerial meetings), and in the working level seminars. For example, on 15 February we organized a meeting of EU Ministers on  the effective use of the EU funds. Later on experts will have an opportunity to discuss these issues during the Forum of Cities and Regions.

Secondly, the first WB Summit in a country that joined EU after 2000 would be a powerful symbol. Combining the expertise of so called “old” and “new” member states is already a great asset of the Berlin Process, as WB6 can benefit from various perspectives. Last but not least, in 2019 Poland is celebrating 15th anniversary of the EU accession, which will be a very good political signal and inspiration for both WB societies and governments.

EWB: Some experts from the Western Balkans who are following this Process point out that the rule of law should be included on the agenda, as it is one of the negative issues that is affecting whole Western Balkans. Do you agree with this opinion?

SvS: The rule of law is one of the fundamental principles of the European Union. It is also a key element of the enlargement process, in which all the Western Balkans participate. However, the enlargement process and the Berlin Process cannot duplicate each other. Both of them are complementary, but are based on different approaches. The aim of the Berlin Process is to focus on fewer thematic areas within which specific projects are implemented for the benefit of the entire Western Balkans region. It is this narrower, very pragmatic approach that the added value of the Berlin Process stems from. This is why the previous presidencies and the current Polish presidency tried to maintain its character and not to dilute it by including too many new areas of interest. It does not change the fact that the a good governance and the rule of law should remain at the very top of the priorities of both EU Member States, candidate countries and potential candidates, but in our opinion the enlargement process led by the Commission is the best framework to deal with the rule of law issues.

EWB: One of the major problems of the region is youth unemployment and brain drain. Given that youth is on the agenda, how will this year’s Summit tackle this issue?

SvS: During the Summit we are planning to discuss every topic with a focus on youth perspective. If it’s economic growth, good neighbourhood or political stability, it is always about the future of young people. We are preparing these discussions now, talking to representatives of NGOs from WB on how to reflect issues of the utmost importance. Obviously, the unemployment among youth is one of them and therefore we are planning Civil Society Forum to be organised back to back with Business Forum, so young participants could be inspired by synergies coming from this unexpected link.

We would also like  that Ministers, responsible for economic growth in their respective countries, discuss the conditions and initiatives needed to boost economic activities among youth. This would be covered by issues like structured public support, access to finance, skills and mentoring but also broader aspects like quality of jobs or quality of life – where all of those influence individual decisions to stay in your own country and contribute to its prosperity.

EWB: Last year, the Security Commitments Steering Group was established by the Interior Ministers with the intention of meeting twice a year. Are they on the agenda on this year’s summit and how will Poland plan to contribute in security area?

SvS: At the London Summit last year, British Presidency proposed to chair the Group for the first year (12 months), which was welcomed by Berlin Process Members. First meeting of the SC Steering Group, chaired by British Home Affairs, took place in Podgorica (November 2018). UK plans another meeting of the Steering Group in April this year, and Poland is ready to continue with the next ones. Moreover, experts of Polish Ministry of Interior and Administration and Ministry of Foreign Affairs are already closely cooperating with British colleagues on preparation of common actions including all meetings. We plan a number of activities focused on the security to be undertaken by Western Balkan colleagues in cooperation with other partners of the Berlin Process.

EWB: During the 2015 Vienna Summit, the Declaration on Regional Cooperation and the Solution of Bilateral Disputes was signed. If we exclude the Prespa Agreement and finalization of Montenegro-BiH border dispute, there was no major progress in this area. Why does Poland avoid to contribute in this area?

SvS: I do not agree with the assessment that Poland does not contribute to this area. Quite the contrary – bilateral issues are going to be the main topic of the Meeting of Berlin Process Ministers of Foreign Affairs, which takes place on April 11-12 in Warsaw. The plenary session will build on the March bilateral issues stocktake in Skopje. On the working level we coordinate with Austria, the United Kingdom, Macedonia and the European Commission, so that both at the stocktaking seminar and at the ministerial meetings we can facilitate progress on bilateral issues.

What is more, even before joining the Berlin Process, we have shared our own reconciliation experience and best practices with WB youth through a Polish-German seminar „Reconciliation and Remembrance“ in Krzyżowa for students and young graduates from WB, Poland and Germany. Its third edition is going to take place in June.

EWB: This year, first time there will be a separate Summit of the towns which will be held in Rzeszów with the idea of enhancing cross-border cooperation. Can you tell us more details about this summit and the agenda?

SvS: Thank you for this question. You are right – during our Presidency in the Berlin Process we are planning to organise first ever Forum of Cities and Regions which will be held in Rzeszów, Poland,  June 4-6, 2019. The motto of the Forum is ”Investing in Western Balkans – Investing in Europe” . Main topics for debates will include sharing experiences from the EU accession process and cross-border cooperation. The particular attention will be given to the role of local and regional governments in boosting their socio-economic development.

In the Forum programme the major point will be a meeting of ministers responsible for regional development, urban policy and management of EU funds, including also representatives from the EC, CoR, EIB and EBRD. It would consist of two thematic blocks (referring to the EC Strategy for Western Balkans and its six flagship initiatives), namely: a) the block on socio-economic development, where the debate would deal with the ways and effects of the use of EU funds and instruments in supporting the socio-economic development of regions and towns; b) the block on communication (connectivity), where the debate would concern: current/planned trans-European network projects in the field of transport, energy, digital services and funds available for this purpose, development of new connections and improving the existing connections between the Western Balkans and the EU.

We also plan other events accompanying the ministerial meeting in Rzeszów, such as a conference on experiences from implementing Interreg projects, the European Neighbourhood Instrument and the Instrument for Pre-Accession Assistance (IPA).

We hope to gather in Rzeszów ministers, decision makers, experts and beneficiaries of the programmes.

Analyst Branko Gorgevski on the scandal that is shaking Macedonia: “Bomb” for the institutions