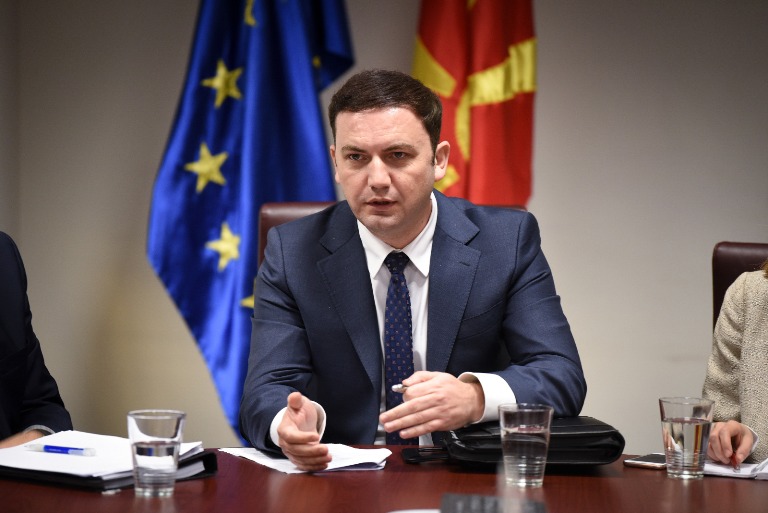 BRUSSELS – Deputy Prime Minister of the Government of the Republic of North Macedonia for European Affairs Bujar Osmani has met with European Commissioner for Enlargement Negotiations Johannes Hahn, as well as EU High Representative Federica Mogherini today in Brussels.

The meetings were preceded by a briefing on the European Integration process of North Macedonia in front of the Working Party on the Western Balkans Region (COWEB) of the Council of European Union.

“Start of the Accession Negations with the Republic of North Macedonia this year, besides the huge positive impact of the EU’s momentum in the country, would have an unprecedented encouraging impact in the whole WB6 region, as an example of rounded up successful EU story”, wrote Osmani on his Twitter account, following the meeting with Mogherini.

In the discussion, High Representative Mogherini underlined once again that the historic Prespa agreement and its implementation is a remarkable achievement and an inspiration for the region and beyond. She commended the ongoing reform work in the country, stressing that it needs to continue with a high level of intensity, as sustained tangible reform results are indispensable for moving forward in the EU integration process.

The EU and North Macedonia will look at the progress achieved in more detail at the meeting of Stabilisation and Association Council on 19 March, the first one following the entry into force of Prespa agreement. The High Representative confirmed that the EU will continue to support and accompany the country on its path.

Commissioner Hahn also expressed his support on Twitter, but also reminded of the work that still lies ahead. “Glad to welcome for the first time after the name change the Deputy Prime Minister of North Macedonia, Bujar Osmani, who is leading the EU reforms effort. Prespa paved the way but still a lot of work to do till June on much needed reforms to unlock the accession negotiations”, he wrote.

Osmani briefed Hahn on the pace of implementation of the reforms envisaged in Plan 18, especially in key areas of the rule of law, security and intelligence services, public administration reform and the fight against organised crime and corruption, MIA reported.

While in Brussels, Minister Osmani will also participate in two civil society events. The first one, titled “North Macedonia on the EU path – A home run to accession negotiations?”, is organised by the European Policy Centre, while the second one, “Security in SEE – Security across Europe”, is hosted by the Hanns Seidel Stiftung.

Opposition MPs in Albania resign from Parliament in protest

Merkel in Belgrade: Berlin Process has achieved a lot, Kosovo issue will not disappear