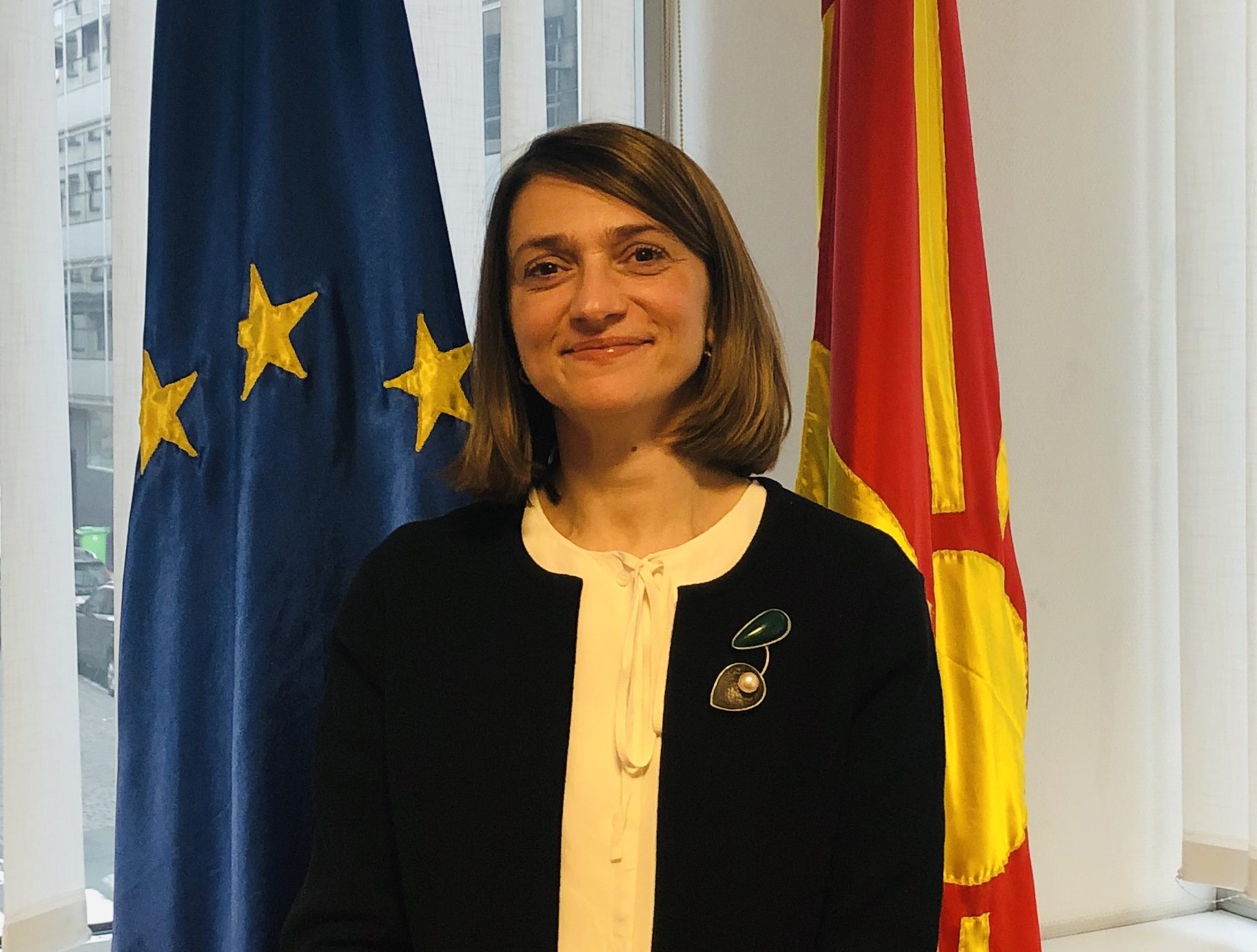 Interview with the Ambassador Agneza Rusi Popovska, Head of Mission of the Republic of North Macedonia to the EU.

European Western Balkans: Now that the 28-year long dispute with Greece has been successfully resolved, do you believe that Macedonia’s EU accession process will speed up?

Agneza Rusi Popovska: The resolution of the name dispute lays to rest the insecurities about the international establishment of the Macedonian statehood following the dissolution of Yugoslavia. North Macedonia’s integration processes will inevitably accelerate now that the main ramp is lifted. We were just admitted to the North Atlantic Alliance as an invitee and remain confident the EU will also deliver on its commitment to open the accession talks in June 2019. Crucial for us is to speed up the transformation of our country into a modern European democracy governed by the rule of law and the respect of human rights, with the European standards, principles and values firmly embedded in all walks of our society so as to improve the quality of life and boost opportunities for our citizens. The EU accession journey is the best catalyst for such a transformation.

EWB: Macedonia is expected to complete its NATO accession much faster than the accession to EU. Are there areas in which these processes are intertwined? Can NATO membership contribute to the faster EU membership for Macedonia?

ARP: NATO and EU share a common vision for the future of the Balkans: self-sustaining stability based on democratic and effective government structures and a viable free market economy. The consecutiveness of the NATO and the EU enlargement processes has been a distinctive feature of the European consolidation in the post-cold war period. NATO membership has usually come first, verifying the acceding state’s democratic and good governance credentials, security sector reforms and military preparedness. Essentially, these fundamentals – democracy, rule of law, human rights and market economy, but increasingly also the ability to contribute to the European security and defense policy, are the areas where NATO and EU accession processes are intertwined. The NATO membership and the opening of the EU accession talks will certainly create an enabling framework for North Macedonia to vigorously continue the harmonization with the EU acquis and be fully prepared for EU membership when the EU too is ready to take in new members from the Balkans.

EWB: Is the opening of accession negotiations with the EU this June this year guaranteed? Is there a possibility for another postponement?

ARP: All our institutions and stakeholders have approached June 2019 with great enthusiasm and commitment. We have mobilized the needed expertise and capacities. The ongoing explanatory meetings on the acquis with the European Commission preserve the momentum. We are ready to open accession talks because we have been preparing for many years. The requirements that the EU Council put forward in June 2018 serve as a roadmap: judiciary, anti-corruption, public administration and intelligence and security sector reforms. Complex work is underway in these areas and proceeds methodically as planned. Macedonian institutions and the society as whole rightly expect and deserve the opening of the negotiations in June 2019.

We understand the challenges the EU is faced with, including the Brexit and the approaching European elections. Our region is also living through these challenges, but at the same time is experiencing a new paradigm of relationships– that of confidence-building, reconciliation and strategic partnership cooperation, with the European idea at its core, as demonstrated by North Macedonia and Greece with the Prespa Agreement. The EU has pledged to embrace and accompany such developments so they can be augmented too. Delivering when progress in reforms is due continues to be the best cost-effective EU investment in the transformation of the Balkans. Postponing a merit-based decision to open accession talks would be against the strategic interests of the Union. Opening the accession talks after all marks the beginning of a lengthy and complex journey with the membership of the EU as a strategic outcome.

EWB: From the position of somebody who is permanently located in Brussels, would you say that the EU is now less focused on the Western Balkans than it was this time last year, due to the more pressing issues such as Brexit and European Parliament elections?

ARP: Along and beyond dealing with the Brexit and the upcoming European Parliament elections, one must never forget that the European Union has considerable capacity to consistently implement a wide range of its own policies and accomplish the strategic priorities. The EU pledged to the Western Balkans in 2003, at the Thessaloniki Summit, a membership if the conditions are met. And it is still sticking to these decisions in a very reliable manner, even if, at times, the Balkan countries struggled with the speed and the qualitative aspects of the reforms necessary for moving forward in the EU accession. Last year at the Sofia Summit, the EU Leaders reconfirmed the commitment to the European integration of the Balkans and the European Commission has consequently been strengthening the accession engagement with our countries. So yes, we can say that this is a challenging year for the EU, but let me be positive and reiterate that EU has remarkable and proven abilities to successfully navigate even the most difficult challenges in parallel with the processes of implementation of its strategic policies and goals, including the European integration of the Balkans.

EWB: Which activities of the Permanent Mission of Macedonia to the European Union would you highlight as the most important for the improvement of EU-Macedonia relations and the progress of Macedonia on its EU path?

ARP: All our activities are essentially focused on the preparations for starting and successfully conducting the accession negotiations. Maintaining an intensive, comprehensive and open  dialogue and communication with all EU institutions, Member States’ representatives and other relevant stakeholders in Brussels is crucial, as is also with our capital. We act as an interface between Skopje and Brussels facilitating the mutual understanding on how to improve the quality and the dynamics of the integration process, the domestic reform agenda, including the sectoral harmonization, the cooperation with the EU institutions and Member States, the regional cooperation, but also decipher certain political and economic developments in and around the EU and their possible impact on the enlargement with the Balkans and our accession process. In this regard, besides competent diplomats, it is very important to have capable sectoral experts deployed to the Mission.

[EWB Interview] Flessenkemper: Improvements in Serbia would have a positive effect on the whole region