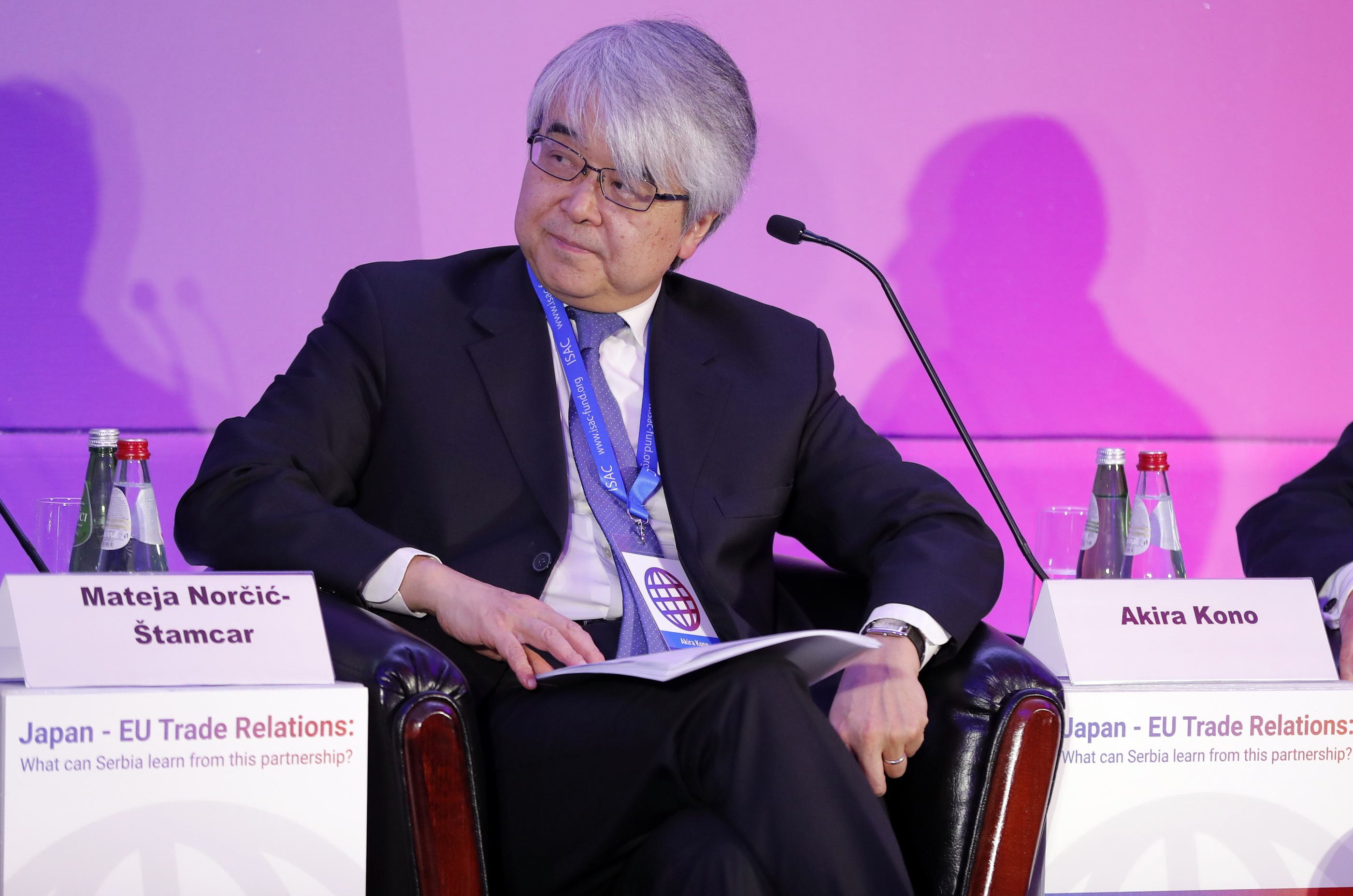 Interview with Akira Kono, Ambassador of Japan to the European Union, conducted during the conference “Japan-EU Trade relations: What can Serbia learn from this partnership?” organized by ISAC fund and Embassy of Japan in Belgrade.

European Western Balkans: Having in mind your position, what can you tell us about the EU and Japan’s Economic Partnership Agreement, its value and effects on the world economy in general? What is the main message of the Agreement?

Akira Kono: During the last few years, Japan and EU worked together to finalize those two important agreements which in whole have a legal basis for further cooperation and we have started the negotiations about this agreement six years ago.

Negotiations have accelerated during these two or three years, and one breaking event was the visit of prime minister Abe to Brussels that was held in March 2017, two years ago. Until that time, the last deadline that we have missed was in March 2017. Prime minister Kane arranged the meeting with the president of the European commission Mr. Juncker and Mr. Tusk, the president of the European Council and tried to confirm the path of high-level acceleration to conclude this agreement as soon as possible.

EU and Japan are two big economies. We tried to find a way to confirm that they will be the leaders in maintaining and strengthening that rule based system, especially in trade. So, during that time, we have started the highest level negotiations and they have advanced very rapidly which resulted in an agreement.

By doing that, we want to send a message to the international community, that the value of that the rule based system is important, and we want to work together to improve and protect the system. So, of course, this agreement, especially the economic partnership concerning free trade agreement, gives us the economic benefits that are important for protecting the Japan and EU common rule based system.

EWB: EPA is the largest trade agreement in the world at this moment. How can it affect different work and business ethics of the companies in Japan an EU  based on the agreement at the practical level?

AK: Well, of course, each country has it’s cultural background and different customs, work ethics, but that doesn’t prevent us from working together. I would say that, for example, in some European countries, Japanese business has its rules and customs respected by the host countries, as well as the European companies have their rules and customs respected by the Japanese hosts.

Already, some companies which are active in Serbia, they, of course, will learn how people think, how people act, how people will behave, what happens when different cultures work together, but that’s how we behave, and as the world becomes more interconnected, that shouldn’t be a problem for all of us.

AK: I am not an expert in this region, but I have some memories of it. The last time I visited Belgrade was 20 years ago. From the Japanese perspective, I will say that at that time, I found a very strong perspective of a strong resilience by the people here, despite a very difficult situation.

At that time, I was very happy to see a very positive feeling about Japan. This very positive feeling about Japan will be a very good potential to attract Japanese business people here. Specifically, in Serbia, I found that people are very well educated, so this means an easier way to conduct work among us. I can see that many young people speak English well. All those elements give a very good potential for deepening business relations between Japan and Serbia.

When we talk about Western Balkans, I know that the EU is very interested in this region, because Balkans is a very important area as a neighbor to the EU. Integration into the EU will give a better chance for deepening relations with third countries which have close relations with the EU. Once Serbia and Western Balkans countries become a member of the European Union, they will gain full benefit from the agreement.

EWB: Can Serbia now as a candidate country benefit from this agreement between Japan and the EU?

AK: First of all, Serbia is a candidate country and you already have an agreement with the EU – Stabilization and Association Agreement and it gives access to the EU market already. Japan and EU economic partnership agreement create a huge free economic zone and we expect the rise of trade levels  and investments between Japan and the EU.

As you have very close relations with many EU member states, you already have a chance for the expansion of trade relations with Japan. Japan and EU economic partnership agreement has a very important chapter of investment liberalisation. Japanese investment in the EU is already large and we have created a lot of jobs and this investment relation will also be beneficial for the neighboring countries, considering the input in production activities.

EWB: Serbia is a candidate country and also is a country that has excellent bilateral relations with Japan, so is it possible for EPA to make more space for Japan’s investments in Serbia, and in which areas do you consider to be most attractive? Now when we look at that, Japan in Serbia has great relations in investment in health and education, so do you think there can be more areas to be considered?

EWB: What do you think about China’s engagement in Serbia? Can China and the EU and Japan be partners or opponents in this region?

We think that we very much welcome a peaceful rise of China in terms of economic activities. At the same time, there are some actions by China that give us some concerns, in terms of existing rule based systems and there are also concerns about, for example, extensive production by China in some areas of manufacturing industries.

So what do we need? We need to have a very good relationship with China. For that, we need to have a mutual understanding of that we have to respect established rules. Japan and the EU are working together to maintain and strengthen the rule based system and we would like to welcome China in this system.

Hahn: Brussels has underestimated the influence of China in Balkans 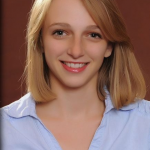