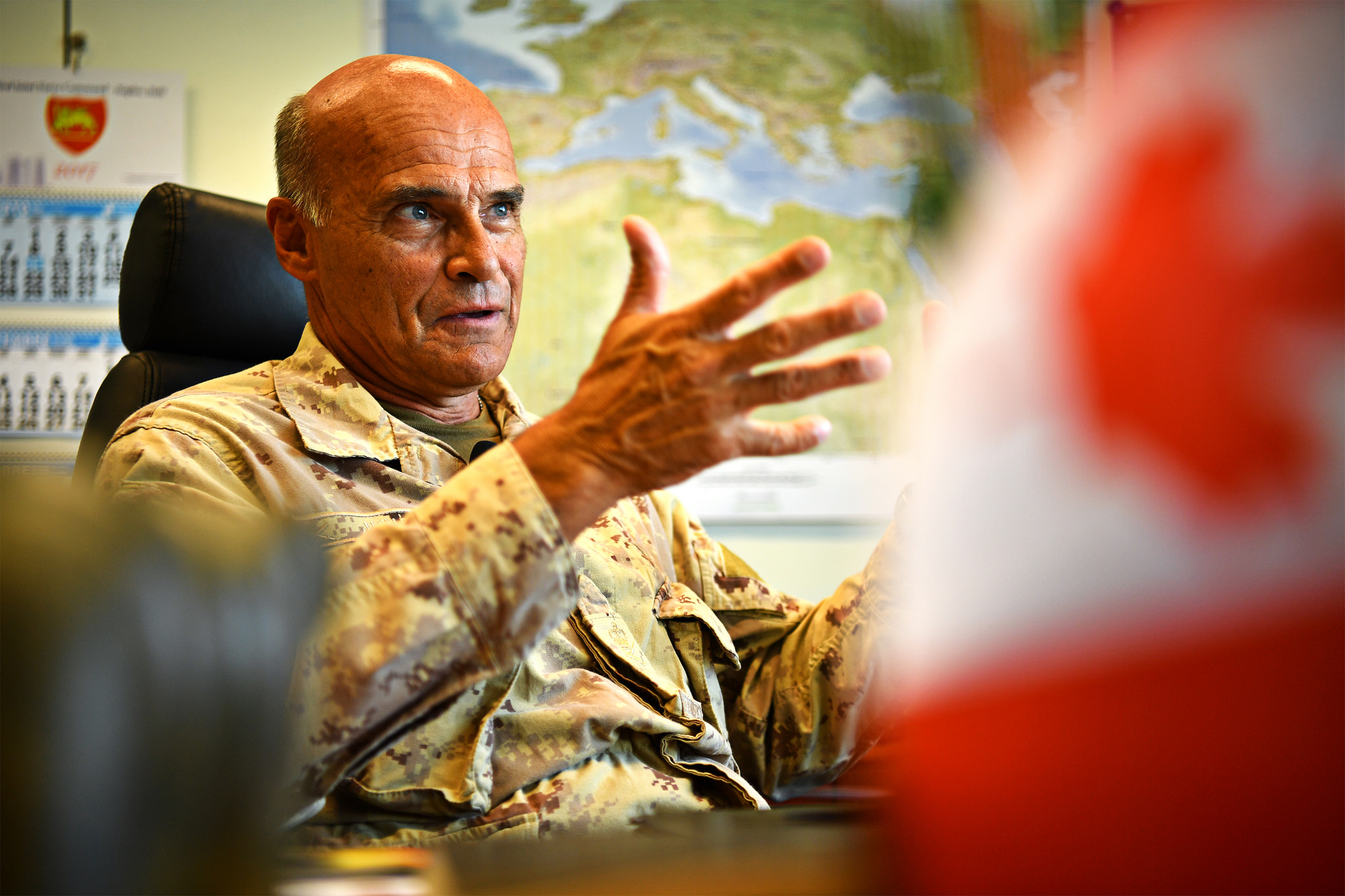 Interview with Lieutenant-General Christian Juneau, deputy commander of  NATO JFC Naples. The interview was conducted in Belgrade during Juneau’s recent visit to the Serbian capital.

Christian Juneau: The enlargement of NATO has been quite a success, I think it has helped to improve the security, stability, democracy and the prosperity of nations joining NATO. But at the end of the day, it is for nations themselves to decide if they want to join NATO or not. In the case of Serbia, it’s very clear, Serbia is not interested in joining NATO, and we respect that. You want to keep your military neutrality as well, and we respect that. That does not prevent us from partnering at many levels, such as the Partnership for Peace Program and the IPAP (Individual partnership action plan). We have effective efforts in cooperation between NATO and Serbia, and we are very happy about that.

EWB: Looking at the entire region of the Western Balkans, what do you consider to be the most important security threats that the region faces?

CJ: Obviously, this region has come a long way since the 90s, but we have to focus on the future. Right now, the region is much better and safer than before, but we are at a point now when we have to be really careful about the aggressive words or actions, that could raise the tension and bring us back to the situations which we want to avoid.

EWB: How much do you think the security situation has changed in the past couple of years, after Montenegro joined NATO and now after North Macedonia started its own process of NATO accession?

CJ: Joining NATO has been a very positive experience for all countries. It’s been a great success and I think, from a Western Balkans perspective, it also helps us in strengthening the Alliance and providing stability and security in the region.

So in that sense, adding the 29th nation that joined in 2017, and now having the Republic of North Macedonia which has started the process of joining, is good news. We fully respect the fact that some nations decide not to join NATO and it doesn’t prevent us for working with them very closely. I’ll give you a few examples: Austria, Switzerland, Sweden, Finland, just to name a few.

EWB: Do you think the possibility of external threats to the region – here I primarily mean the Russian influence which appears to have been a concern for NATO the past couple of years – has diminished in the past few years having in mind the accession of Montenegro to NATO and soon the accession of North Macedonia?

CJ: For NATO, it is important that the partnership that we have established with Serbia continues to progress. Back to Russia, of course, they are trying to influence the region, and we are watching what they are doing, but they’re also watching what we’re doing. We want countries to be able to act and to make their political decisions independently without pressure from outside forces.

EWB: Do you think that without full membership of Western Balkans countries in NATO, we can talk about the full security and stability of the region?

CJ: Each nation decides if they want to join NATO or not. The situation currently is stable, we have good relationships with the nations that are not the part of NATO, and we’re happy about that.

EWB: There are concerns that EU enlargement in the Western Balkans might come to a halt and that NATO enlargement is something of compensation – a process that should stabilize the region in the absence of EU integration prospects. How do you comment on this statement?

CJ: Actually, what you’re saying is a bit of speculation, but what I would say for the region is that being a part of Euro-Atlantic integration is for those who want it, and we will welcome it, and as for those who do not want to be a part of the Alliance, we will respect their decision. Joining the EU and joining NATO has given benefits for countries and their citizens. But this is the decision – a sovereign decision that must be made by a sovereign country.

EWB: How do you rate the cooperation between NATO and Serbia, as it appears to be growing in the past couple of years?

CJ: The relationship is really good. It helps us in deepening the political dialogue between NATO and Serbia, also there are practical aspect of cooperation, we have programs in the military domain, the scientific and technological domain, and all this is to the mutual benefit to both NATO and Serbia. So it’s progressing well.

Dačić: US attitude towards Serbia changed, some EU countries play a double game