Western Balkans states rarely take an anti-corruption initiative without external influence. But there is evidence to suggest that this occasionally happens. For example, Canton Sarajevo in BiH is preparing a law on ethical governance which is to impose a function of Chief Ethical Officer on the cantonal government whose primary task would be to ensure compliance of the government with legislation. In 2002, the Serbian government created the Anticorruption Council hoping that this independent body with vast investigating powers will lead the fight against corruption in Serbia.

And in a similarly bold move, the government of Kosovo enacted the law that was to protect the whistleblowers in Kosovo.  If ill-prepared and without credible support from policy officials these laws

Kosovo’s law on whistleblower protection named “The Law on Informants” was passed in 2011, when most of the countries in the world did not even have a special piece of legislation dedicated to whistleblowers – people who risk their lives, careers and family life in order to report wrongdoings in government or at another workplace. It is unclear what prompted the government to enact this legislation but numerous instances of whistleblowing occurring in Kosovo before the country joined the EU might have been a catalyst.

Such a rare display of governmental incompetence coupled with a lack of promotion campaign led to poor implementation. ln ten years of its application, the law was not applied a single time. That is not to say that there were no whistleblowers.

To the contrary, Kosovo’s population has ranked first in a poll measuring willingness to report whistleblowing and significant cases have been exposed thanks to the engagement of the media and the civil society. Professors, tax officials, bank clerks, and high-ranking government appointees have all publicly spoken about misuses of public office, public funds and promotion of private interests. For this, they have suffered tremendous consequences, loss of jobs and threats.

But, in no cases have we seen a single government action taken with regards to the allegations made by the whistleblowers. An exception to this was a call from the then-President Jahjaga made in 2015 to protect whistleblowers. But no actions were taken as a result of this call. This suggests the existence of a culture of impunity for corruption and a deeply ingrained climate of political corruption.

Changes came thanks to the media and civil society. Thanks to the support of foreign donors’ organizations the civil society organizations have advocated and lobbied for changes to the law. They have developed the amendments to the law which they unsuccessfully promoted to the MPs of the Kosovo Assembly. They promoted the courage of whistleblowers, their stories and criticized the government for a lack of action to stand by its legal obligations.

Only in 2018, the situation changed. The civil society organizations raised the interest of the Council of Europe which hired a domestic expert with international credentials Flutura Kusari, to write the reports on the needed changes to the legislative framework. Using this report as evidence of bad practices, the Council of Europe, together with the civil society organizations succeeded in getting the Ministry of Justice onboard.

The process of legislative drafting of a new piece of legislation on whistleblowers lasted for a few months and it brought to the table representatives of the judiciary, the Ombudsman, the media and the civil society organizations. Finally, in June 2018 the Kosovo government adopted the draft Law on Whistleblowers and in December 2018 the Parliament did the same.

The new law envisages much stronger protection of whistleblowers which now have a designated and confident channels of reporting wrongdoings within institutions. If these channels fail, the whistleblower can freely distribute information in the media. It entitles them with a right to sue the state or a private entity for damages they might have incurred in the process of disseminating the information concerning alleged wrongdoing. And, perhaps most importantly, the law now has the ownership not just of the Ministry of Justice, but of the public, the civil society organizations and the media.

As we all know, much is expected of the progress of the rule of law in Western Balkans. Countries are to make better laws, promote and implement them and create institutions which will fight and prevent corruption thus pleasing the European Union which expects these reforms to have a transformative effect on societies. But laws alone are not enough. They can be misguided or useless. What is needed, especially in countries with an engrained political corruption, such as Kosovo, is a popular mobilization against corruption. In the absence of such a mobilization, we must rely on media and civil society organizations to lobby for legislative changes to improvised laws passed by the government.

This article is a result of research conducted by the author and sponsored by Kosovo Foundation for Open Society.

McAllister: EU intends to remain the mediator in Belgrade-Pristina dialogue

Serbia sacked its member of RYCO 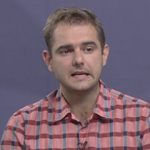 Nedim Hogić is currently a PhD Researcher with the Sant’ Anna School of Advanced Studies and a freelance consultant. Mr. Hogić is a Bosnian lawyer interested in rule of law, international law, fight against corruption and digital law and policy. Previously, he was an employee of international and non-governmental organizations active in Southeastern Europe.