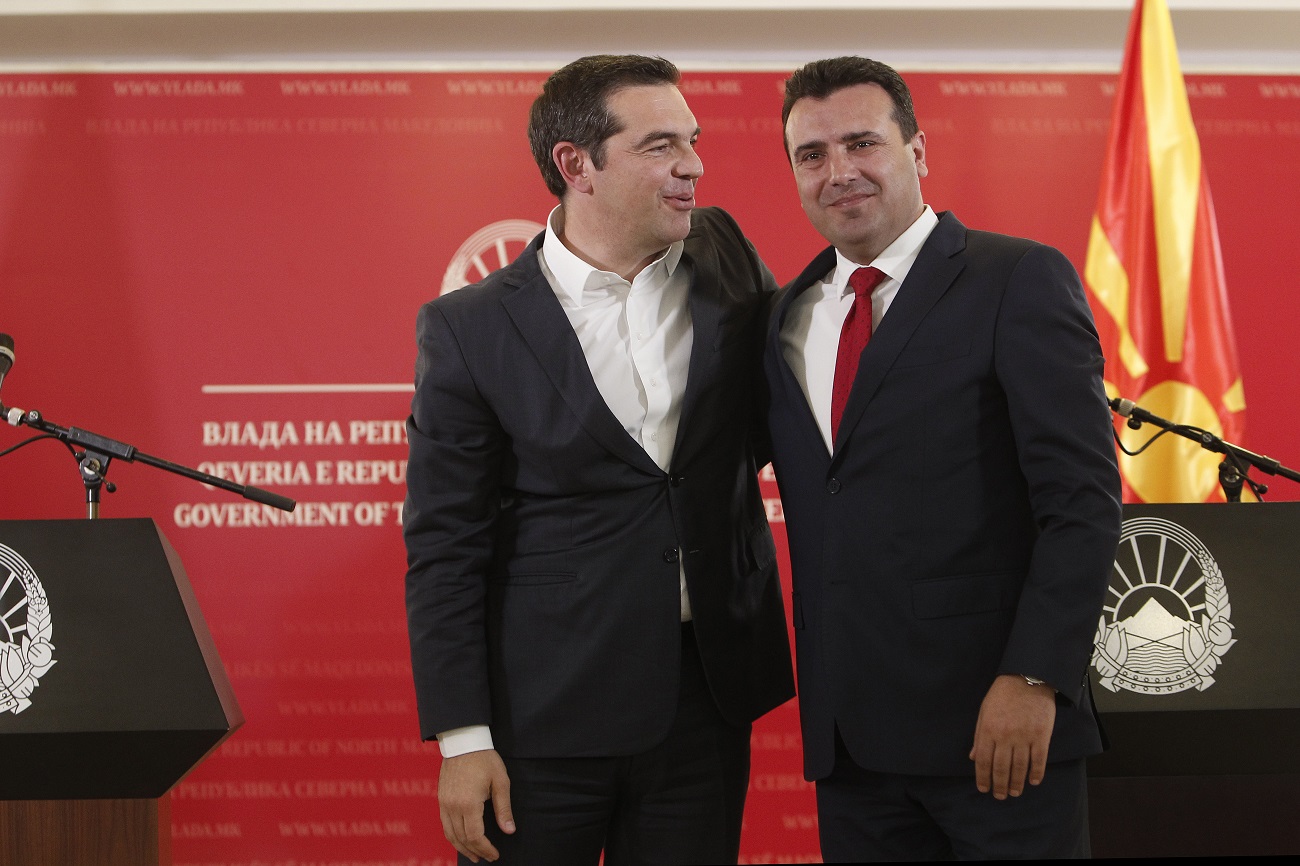 They pointed out that Prespa agreement will be implemented because they believe it would be in the best interest for the citizens from both countries.

As a NATO member Greece will control North Macedonian sky, but Greece will not charge this service, because the best fee for Greece is region stability.

In the afternoon, two Prime Ministers will address business forum. Tsipras has a sheduled meeting with the President of Parliament Talat Xhaferi as well.

This visit is seen as a new start in diplomatic, economic, military and energetic relations between these two countries.

During the visit, countries will sign agreement on further and stronger cooperation in the field of security, understanding and supporting North Macedonian path towards EU.

Euroepan Commissioner Johannes Hahn welcomed the visit. “Congratulations to the leaders of Greece and North Macedonia for having paved the way to a new era of friendly and productive relationship, to the benefit of their citizens and the region as a whole”, he wrote on his Twitter. He is confident that European Council will respond respond to this breakthrough with a credible step forward on the European path of North Macedonia.