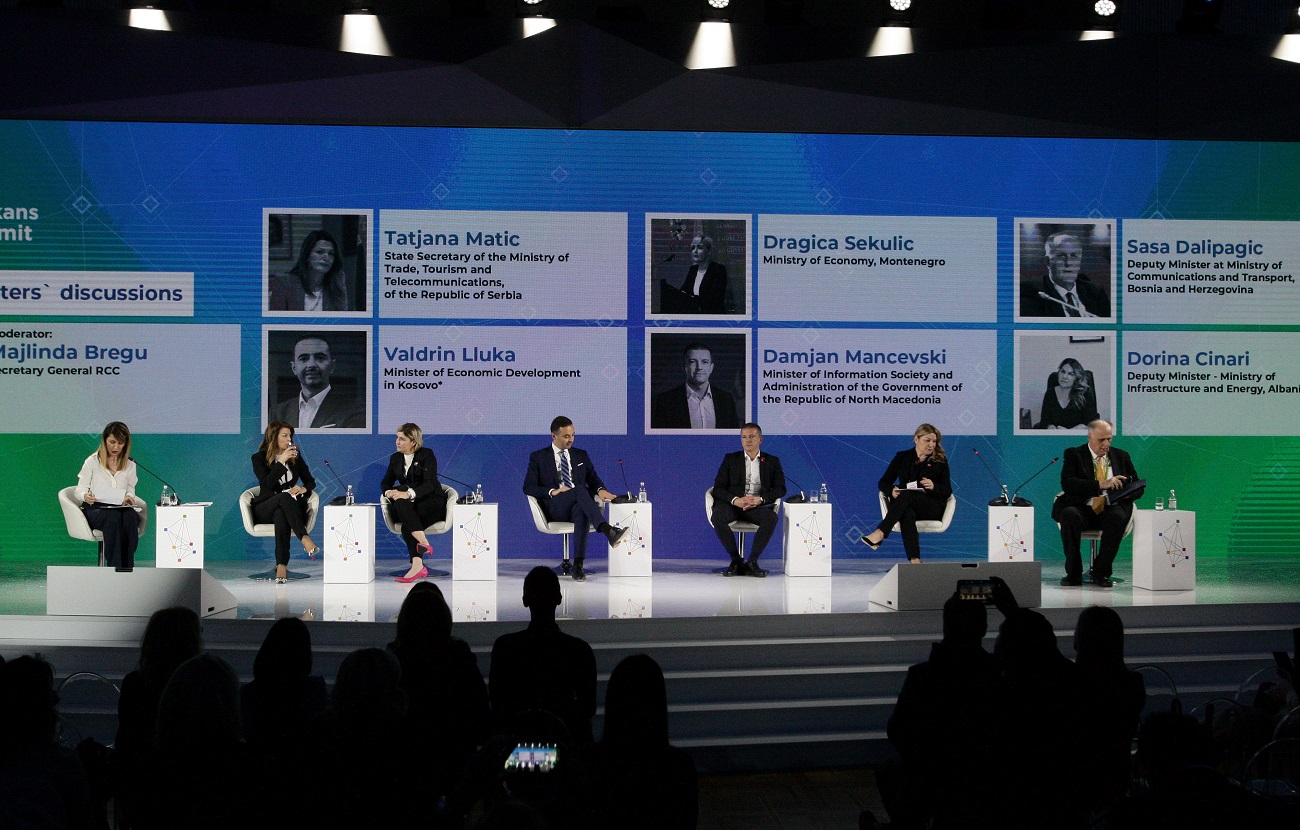 BELGRADE –  A regional agreement enabling significantly lower roaming charges in the Western Balkans was the main point at the Second Western Balkans Digital Summit in Belgrade.

The signing of a regional deal on roaming charges proves there is strong political will in Serbia and the region for a digital transformation of the entire Western Balkans, said the European Commissioner for Digital Economy and Society Mariya Gabriel.

One of the speakers at the Digital Summit was the Chairman of the Serbian Chamber of Commerce Marko Čadež. He said that this act will eliminate a lack of connections as well as barriers and walls in the Western Balkans.

He announced the exclusive news that a regional chamber will on Thursday enable a competition for innovative companies and that it will seek digital solutions for free trade and facilitation of annual programs for a regional economic space.

The Summit will bring together representatives from governments, businesses, regional organizations, CSOs, academia and youth with the goal to set up a digital platform for exchanging of ideas and proposals.

Four platforms will be covered: digital skills, networks and connectivity, trust and security and digital economy and society. There will be 200 speakers, around 80 digital companies and 30 economies. Panel discussions will be held on three stages.

Digital Summit is one the symbols of regional cooperation. It was established by the Berlin Process. The first Digital Summit was held in Skopje.

EU helps BiH advance in implementation of the Connectivity Agenda