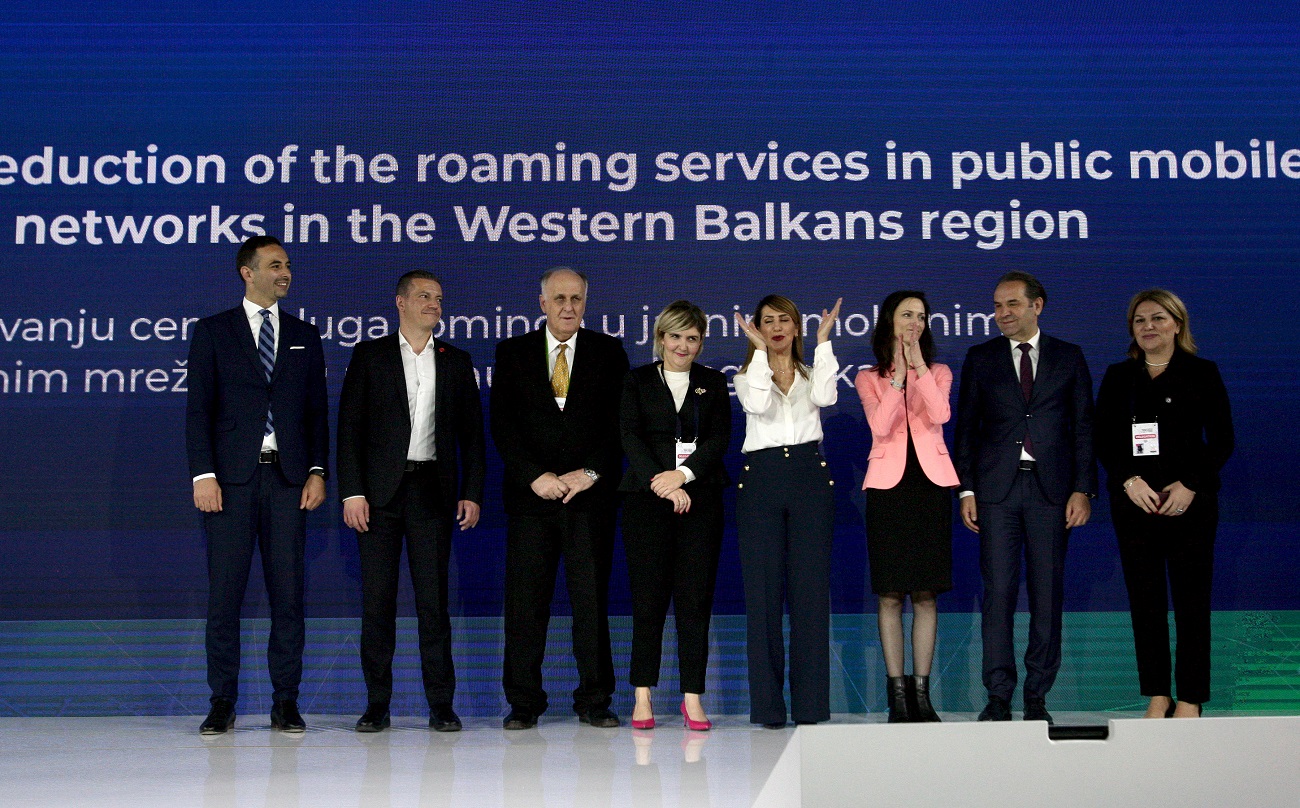 In the first stage, roaming charges across the region will be 27 per cent lower from July 1 and are expected to be scrapped altogether from July 1, 2021.

Roaming charges for Albania will drop by as much as 85 per cent since the country was not a part of a 2014 agreement signed by Serbia, Montenegro, North Macedonia and Bosnia and Herzegovina.

The signing of a regional deal on roaming charges proves there is strong political will in Serbia and the region for a digital transformation of the entire Western Balkans, said European Commissioner for Digital Economy and Society Mariya Gabriel.

“Signing the roaming agreement and a total disappearance of roaming by 2021 means that the region will be digitally integrated in Europe”, states Macedonian Minister of Information Society and Administration Damjan Manchevski.

A couple of days ago, Kosovo Minister of Economic Development Valdrin Lluka said that this package will provide the deepening of cooperation and will serve as a communications bridge between the citizens of these countries, writes Tirana Times.

“Great news (finally!): as of July the Western Balkans citizens and companies will pay significantly less roaming fees for fees for surfing, texting & calling across the region. As of July 2021, you will roam like at home”, he wrote.

Serbian State Secretary of the Ministry of Trade, Tourism and Telecommunications Tatjana Matić pointed out that the main plan is the total disappearance of roaming.

“This is the first step in reducing roaming prices in countries of European Union as well”, said Matić a month ago.

She pointed out that this initiative is the part of Berlin process which main core is regional cooperation and moving region closer to the EU.

The roaming tariffs reductions will be enacted from 1 July this year.