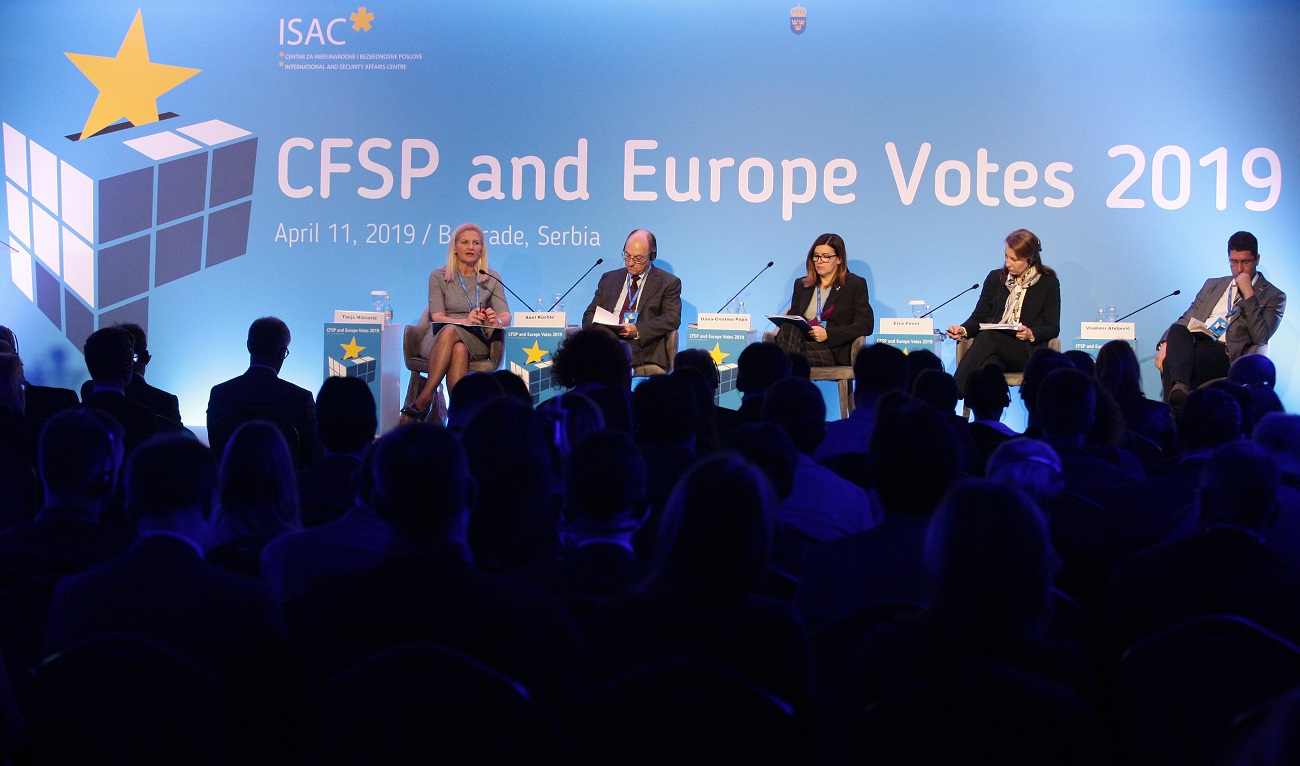 BELGRADE – There was never bigger interest in EU elections than these ones and they have never played a more major role than today – panellists concluded at the “CFSP and Europe Votes 2019” conference which was held today in the organization of ISAC fond.

“European elections are part of one big process inside of European Union. It is not only about voting for the MEPs but who will deal with Common Foreign, Security and Defence policy”, explains Head of the Negotiating Team for the Accession of the Republic of Serbia Tanja Miščević.

Nevertheless, the Permanent Representation of Germany to the
EU, COELA Delegate Axel Küchle warns that Serbia has a lot to do when it comes to the field of foreign policy.

Panellist discussed the importance of the upcoming elections into account what they can mean for both Serbia and the EU, especially in the area of foreign and security policy.

The future composition of the European Parliament, and thus the European Commission, will directly influence the question of whether enlargement is still feasible, and to what extent will needed reforms, and more importantly, to what extent will a European value-based approach, especially in areas of rule of law, democratic governance and foreign and security policy, be a prerequisite in completing accession negotiations.

Second panel: EU – Russia relations, their impact on the position of Serbia

The second topic of the conference examined how different EU Member States see EU –  Russia relations, their impact on the position of Serbia and whether the outcome of the European elections will change that relationship in any way. At the same time, the EU-Russia relations and subsequent sanctions are the most important “point of discordance” when it comes to Serbia’s alignment with the EU, and it is important to relay that information in Serbia about the standpoints of the certain Member States that might influence Serbia’s accession process.

EFB: Regional Initiative “Tree of Friendship” in the capitals of the region