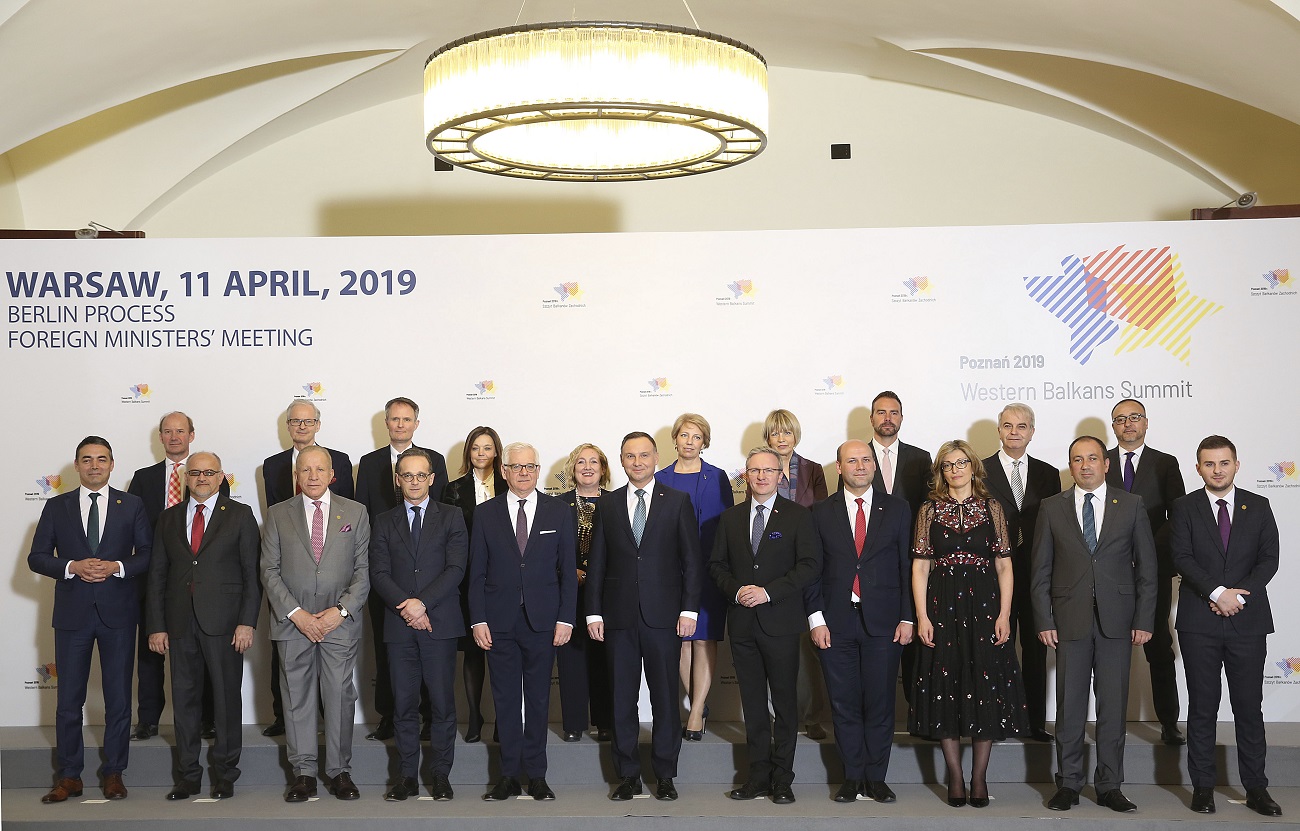 WARSAW: Berlin Process Ministerial Meeting started yesterday at the Presidential Palace. The meeting is foreseen as a preparation for the 6th Summit of the Berlin Process to be held this year on 5 July in Poznan, while the goal is to review what the participating countries have achieved during the past year so as to identify the achievements, challenges and opportunities for Western Balkan countries.

Within the three envisaged session, the Foreign Ministers will have the opportunity to share their views and experiences regarding the deepening of regional cooperation and resolving open bilateral disputes, enlarging the areas of cooperation of the youth in the region, with an emphasis on the Regional Youth Cooperation Office (RYCO) as well as expectations in terms of the benefits of the Poznan Summit.

Foreign Affair Ministers had dinner with President of the Republic of Poland, Andrzej Duda at the Presidential Palace.

Berlin Process Foreign Ministers from all Western Balkans Countries except the Minister from the Republic of Serbia, Ivica Dačić attended the welcoming dinner.

Besides Western Balkans, Foreign Ministers at the dinner were other foreign ministers from Germany, Bulgaria, Austria, Italy, Greece, Great Britain, an official from EEAS and RYCO Duro Blanusa.

Tajani: We want Western Balkans to be part of the European family