The latest film by the Centre for Investigative Journalism of Montenegro with a very symbolic name – Put svile (Silk Road) – provides a critical analysis of Chinese loans to Montenegro and poses serious questions, most of which are avoided by local politicians.

One of them concerns the construction of the Bar-Boljare motorway that could lead the country into a very critical financial situation if Montenegro was not able to repay the debt within the set deadline. Other experts go a step further and warn that the country’s bankruptcy is one of the worst, yet possible, scenarios.

The connection of the coastal port city of Bar and the settlement of Boljare in Serbia at the very border with Montenegro is part of the future Belgrade-Bar motorway. The part that will go through Montenegro is the biggest Montenegrin investment since the country gained independence in 2006. It will include about 165 km of roads, 48 tunnels and 107 bridges and viaducts. The amount of € 809 million seems extremely high for a nation with only something over half a million people.

Two key issues that have been debated recently: Does Montenegro need such an ambitious project considering the size of the country and the number of inhabitants, and will the motorway be profitable at all if and when if it is completed, bearing in mind the sections that go through almost impassable mountain terrain.

The aforementioned film and similar initiatives are trying to warn the general public of the risks arising from non-transparent bilateral agreements with the People’s Republic of China at the expense of the domestic population.

People often draw a parallel with Sri Lanka which has practically been caught up in the so-called “debt-trap” (or debt-trap diplomacy) after committing to attractive Chinese loans for the implementation of ambitious infrastructure projects. Is it now too late for warnings and whether Montenegro will become the Sri Lanka, Djibouti or Mongolia of the Balkans, remains unknown.

It is obvious that certain individuals will benefit from such projects. A Montenegrin politician who has been on the political scene the longest (since 1991), current president Milo Đukanović, supports this and other similar projects. In 2005, when the State Union of Serbia and Montenegro still existed, Đukanović was one of the earliest advocates of the Bar-Boljare motorway. The government argued that this project would bring economic growth to the country’s underdeveloped north region, improve trade with Serbia as well as the infrastructure of otherwise narrow and hilly Montenegrin roads.

The entire construction is planned in four phases, the first of which will be a 41 km long route extending to the hilly north of the country, to be completed in May of this year. The remaining three will be hardly feasible for the simple reason that the state cannot take on additional loans.

As a solution to the problem, the government suggest a public-private partnership according to which a third party would continue to build and operate the motorway under a thirty-year concession in order to recover the debt.

It seems that Đukanović, otherwise known for (alleged) corruption scandals, misjudged the political points the highly discussed motorway was supposed to bring him.

The project is mainly funded by China’s Exim Bank and contracted by the China Road and Bridge Corporation, a huge state-owned Chinese company that signed a memorandum of understanding this March to complete the unfinished work.

Two thirds of the workers are Chinese, and the contractor arranged that all imported construction materials and accessories are exempt from customs and value added tax.

As expected, experts warn that the new Montenegrin debts will only worsen the existing, almost hopeless, financial situation. The International Monetary Fund advises the country to postpone the completion of the motorway construction until the country enters the European Union (EU) gets access to EU structural and investment funds.

However, the earliest term of Montenegro’s accession to the EU is estimated at 2025 and most likely even later, given the challenges that the Union is currently facing, but also considering the reforms that Montenegro still has to implement within its institutions.

Two feasibility studies from 2006 and 2012 showed that the Bar-Boljare motorway will not be financially sustainable given the insufficient number of vehicles on that route. The busiest part of the Podgorica-Bar route would see 6,000 vehicles a day, and, in order to reach long-term profitability, it is estimated that this number should be between 22,000 and 25,000 vehicles daily.

The proposal of an American company that worked out one of the two aforementioned feasibility studies was to only modernise the existing roads, and to not build any new ones.

Chinese contractors were preceded by two consortiums – one Croatian and a Greek-Israeli one – both of which withdrew because they failed to satisfy bank guarantees in time. But the Chinese were willing to lend € 809 million to cover 85% of the cost of the first section of the road, with an interest rate of 2%, a repayment term of 20 years and a six-year grace period.

In other words, the Montenegrins currently owe about € 890 million with the expected beginning of debt repayment in 2021. This may not seem much of a problem for stronger economies, but not for the small country like Montenegro that mainly profits from tourism.

The Montenegrin public is deeply divided on this issue. The views mostly go from one extreme to the other – from those who believe that such moves will bring the country to the brink of bankruptcy to those who swear by the successful and timely completion of the work.

Current Prime Minister Duško Marković said that not only will the works be completed but that Montenegro will continue to cooperate with China in the areas of hydropower and tourism.

Access to Montenegro and the Adriatic Sea, as well as other countries of the former Yugoslavia that have not remained immune to the Chinese influence, is the starting point for China whose ambitions in Europe go far beyond the small and politically irrelevant Western Balkans. Using its proven platform called Mechanism “16+1”, China rushes to infiltrate the countries of Central and Eastern Europe.

Kukan: EU clearly demonstrated lack of leadership in the dialogue 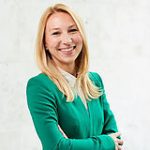 Research Fellow at the Central European University, Center for European Neighborhood Studies (CENS). She joined CENS in 2010, concentrating on SEE-EU relations with a special focus on the Western Balkans.