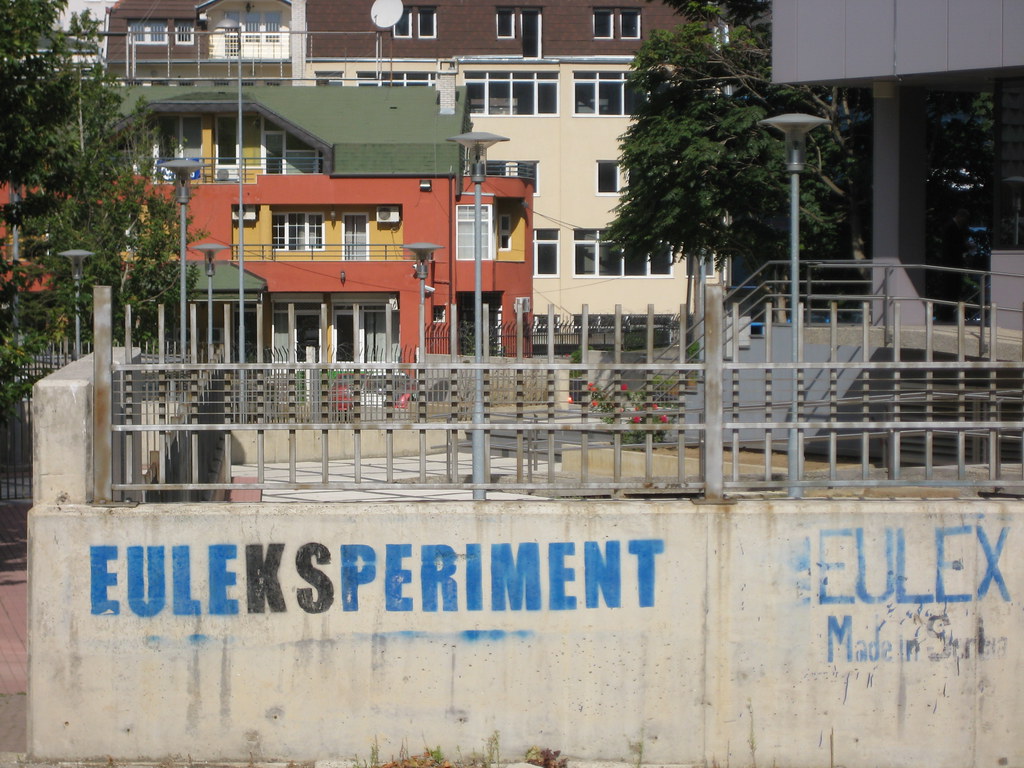 PRISTINA – Serbs do not trust it, Albanians do not trust it, and neither the international community – briefly this is how the legacy of EULEX looks like after eleven years of presence in Kosovo. Corruption affairs, a decrease of jurisdiction and accusations for unprofessionalism and favoritism, led to an opinion that EULEX can’t fulfill its goal anymore –  to build the rule of law on Kosovo.

Because of this, in recent years, there is a lot of talk about the contribution and legacy of the largest and most expensive mission that the EU sent to Kosovo, not only in Belgrade and Pristina but also in Brussels. While some consider the mission had success to some extent, others believe that EULEX has failed to complete anything it has begun.

The marginalization of mission

Over the years, there has been a reduction of the staff members and duties of the EULEX, and it seems that the mission itself gave up. In the beginning, EULEX had “two operational objectives: monitoring, mentoring and advising objective, providing support to Kosovo’s rule of law institutions and to the Belgrade-Pristina dialogue, and an executive objective, supporting the adjudication of constitutional and civil justice and prosecuting and adjudicating selected criminal cases”.

“Today, EULEX duties are reduced to monitoring and advisory role for the Kosovar judges and prosecutors. Their only remaining executive role is one of EULEX special police forces would be used in cases when Kosovar citizens refuse the Kosovo Specialist Chambers summon“, stated Jeta Krasniqi from Kosovo Democratic Institute for European Western Balkans, and reminds that Special Court was formed as a reaction of the international community to the Dick Marty’s Report for Council of Europe from 2010.

The report “Inhuman treatment of people and illicit trafficking in human organs in Kosovo*” was published in 2010 and states that Kosovo Liberation Army (KLA)  committed crimes against Serbs and non-Albanian population. The report also states that the Albanian side poorly cooperated in resolving these cases and that criminal structures were included in covering things up.

Because of all of this, a piece of news by Radio Free Europe that war crime trials would be no longer in jurisdiction EULEX and that the Kosovo courts will be in charge led to a very negative reaction in Serbian press and public. All of this led to further marginalization of EULEX.

“During its ten-year mandate, EULEX has not come through in the processing of more serious war crimes. Although it is generally a good thing for Kosovo courts to take ownership, the question arises as to whether they have the capacity to judge fairly”, said Filip Ejdus, a professor at the Faculty of Political Science in Belgrade.

The mission will stay until the Belgrade-Pristina Agreement is reached

Such skepticism is not unreasonable since the legacy of EULEX in Kosovo is questionable, not only because of the scandals that affected the mission itself but also because of the low trust of citizens in the credibility of the mission. Kosovo Center for Security Studies conducted a survey in November 2018 which showed that EULEX enjoys three times less support (24 percent) from Kosovo citizens than KFOR. Among the Serbian minority, that percentage is constantly under 10%.

This low support is a result of corruptive affairs that affected the mission itself, where EULEX failed to make an effective response. In 2012, the Italian judge and the British prosecutor were accused of corruption, and in 2014 Koha Ditore published several internal EULEX documents that showed that members of the mission allegedly received a bribe to block processes against the accused or even eliminate evidence.

“EULEX will be remembered as a mission that wasn’t able to finalize a single case against grand corruption in Kosovo and was constantly accused of corruption affairs within the mission itself”,  emphasizes Krasniqi.

Despite all the shortcomings and failings of EULEX in the past eleven years, as well as the fact that the mission had no success when it comes to building the rule of law in Kosovo, there are some successful police reforms and maintenance of stability on the field that should be noted, says Ejdus.

“The lesson which the EU and the international community should draw from this is that international missions with an executive mandate in the field of rule of law are not the best idea,” concluded Ejdus, adding that the most likely scenario is that in spite of the constant reduction of jurisdiction and capacities, EULEX will remain on Kosovo until Belgrade and Pristina don’t reach an agreement.

Germany to restart the Serbia-Kosovo dialogue with the Berlin meeting