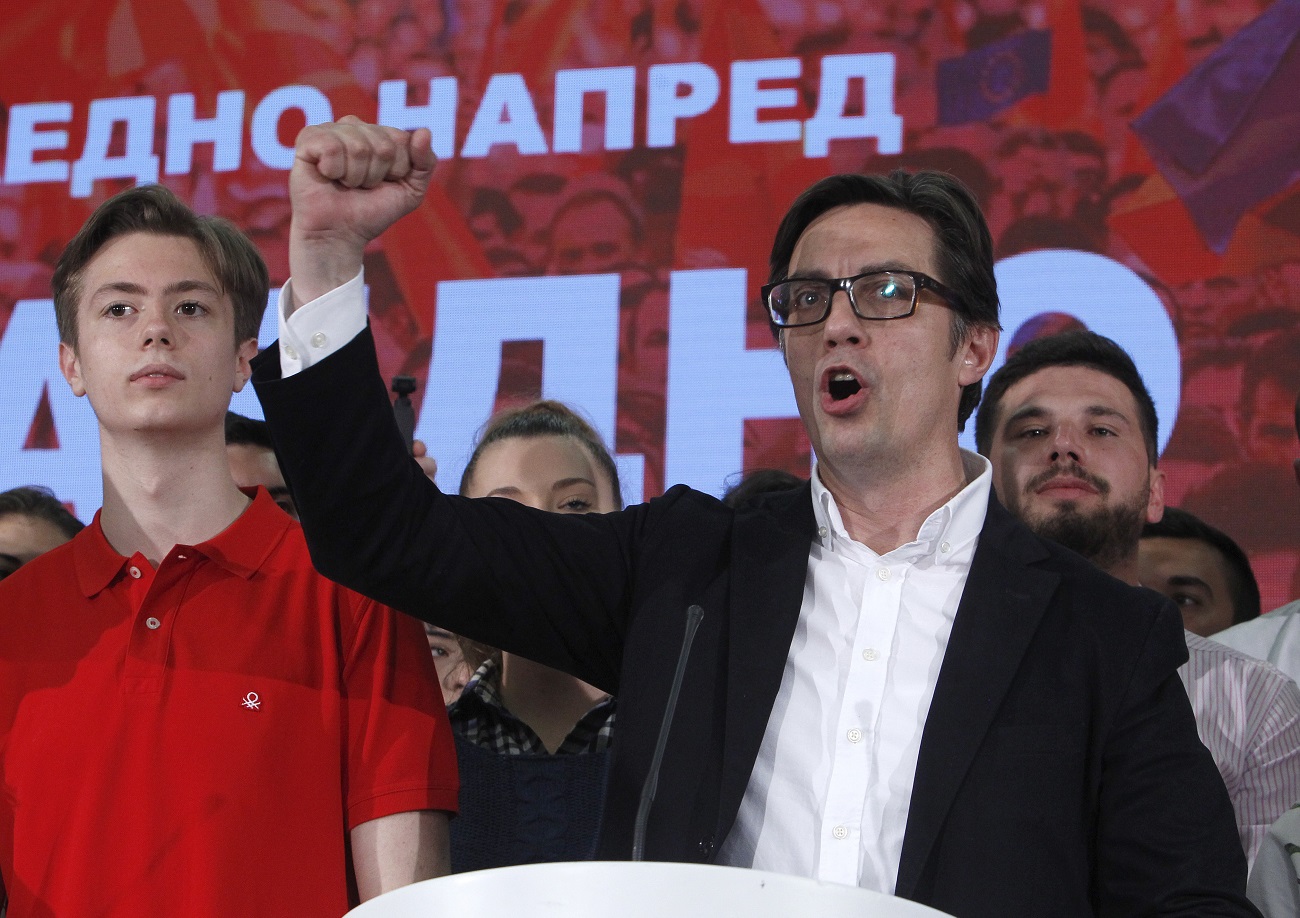 SKOPJE – Relations between Serbia and North Macedonia are very good and that is in the interest of both sides, says the newly elected North Macedonia’s President Stevo Pendarovski in his interview with Politika, Tanjug reports.

Pendarovski reminds that the relations between the two countries have a long, rich and very positive history, emphasizing especially the cultural close ties between the nations.

He believes that the position of North Macedonia towards Kosovo does not affect the relations of two countries, and personally, he will make every effort to develop these relations in a positive direction.

“There will be a bilateral meeting with President Vučić, which I hope it will be immediately after I assume the presidential office,” Pendarovski states for Politika.

He explains that he will be the president of all citizens, because, as he says, he must unite citizens, support dialogue within the society and work on achieving strategic goals, and join NATO and the EU, which, he adds, is supported by the majority of citizens.

Pendarovski emphasizes that he would be open for new ideas and proposals, “whether a proposal is coming from my opponent’s political platform or not.”

He notes that the Euro-Atlantic orientation of his country is choice of North Macedonia, and not the result of a shared interest, and with that, he answers the question of the significance of Skopje’s current diplomatic balance in the world that is significantly different in comparison with the early 1990s.

“This orientation is supported by the vast majority of the citizens of North Macedonia from all communities. This orientation is supported by Macedonians, but also Albanians, Turks, Serbs, Roma, Bosniaks, Vlachs, and others. In 1993, we decided in the parliament on membership in NATO and the EU as the goal of our policy. In that sense, our membership in these organizations is not a question for a daily politics, it is a part of a bigger strategy that all the relevant political factors are pursuing”, the new President states.

He adds that in his program, he emphasized the importance of cooperation with Russia and China and that he will do everything to further develop this cooperation.

Asked if there is a solution for a problem of ideological, political, party and patriotic divisions and is it possible to unite all citizens concerning Prespa agreement, Pendarovski says that problem was very complex, reminding that both countries have at the same time two very progressive Prime Ministers Zaev and Tsipras. He also explains that Prespa agreement determines identity issues of the Macedonian people, such as the Macedonian language, culture, and civilization.

He claims that the gap between the Macedonians has been deepened by the nationalistic campaign led by the leadership of the Macedonian political opposition and the rhetoric of hatred and fear.

“Unfortunately, I see that nationalism and populism have become part of political life in most of the states in Europe, and North Macedonia is not an exception. The most important thing in this moment is that progressive parties are offering a credible alternative for most citizens, who, besides, do not support politics of division, fear, and hatred”, Pendarovski concludes.

Admiral Foggo in Sarajevo: NATO committed to a strong partnership with BiH

Speaker Xhaferi to sign the Macedonian Law on Languages himself?